You grew up in a little town in the middle of Sweden. How did you get into skateboarding there?

My dad never skated but had skateboarding friends and he showed me a Rodney Mullen video when I was young. I also got a small skateboard from a supermarket and used it till the wheels fell off. When I got older, I got into other stuff. I was playing ice hockey. We won some smaller junior championships. Then at some point, I got another board and I was so tired of doing what everybody else was doing, so I decided to quit the other stuff and just skate.

At some point, you moved to Malmö to go to school in Bryggeriet. Why did you want to go there?

I had thought about it for a few years cause I’ve known about the school since I started skating. It’s a big deal in Swedish skateboarding. There are two skate schools: one in Stockholm and one in Malmö. I was thinking about going to the school in Stockholm because it’s so much closer to my hometown, but right before I applied, I thought I’ll go to Malmö instead.

What drew you there? Just being able to skate and hang with other skaters or did you want to become a pro skater?

It was more that I just was so over being in my hometown and I wanted to go away from here and do my thing, start my own life.

How is it to be in a skateboard school with just skaters? Is it as fun as it sounds?

Yeah, for sure! It’s more than fun. Just imagine having a school with all your friends, and after school, you live with them. We didn’t even talk about school when we were at school. We went to class, did some school stuff really quick, and then went to the park and skated for 20 minutes till the next class. It was so normal for us.

"Malmö is kinda crazy. One afternoon, Heitor got out of school and saw a guy shooting somebody."

You had your curriculum and tests, right?

Your class had a lot of extremely talented skaters in it, but your teacher said that he’d never seen anyone talented like you.

I don’t know. I feel like it was easy for me to learn tricks when I was younger, but I can’t do nollie or switch flips, for example. A talented skater can do anything.

Who were you hanging out with in school?

In my class were Heitor Da Silva, Karl Berglind, and a few good skaters from Sweden and Norway. Ville Wester was at school as well as @Kf3hunna, who was super famous on Instagram at that point, but he stopped skating.

How was it to go from the small scene in your hometown to a school with all those super good skaters?

The first day of school was so crazy, and in the beginning, it was like you had to prove yourself. However, everybody became homies really quick, it was so natural.

Is there a fun story from school you can tell?

The school is kinda in the ghetto, so there were a lot of shootings at some point. Malmö is kinda crazy. One afternoon, Heitor got out of school and saw a guy shooting somebody, but I think it was not with a real gun but a BB gun; but it looked real. He panicked and went back to the other guys in school telling them, but they thought he was kidding. So he went off to a homie’s place, but after he left, police were everywhere and were asking if anybody saw anything. Then they told them that Heitor saw it, so the police tried to contact Heitor, but he didn’t have a cell phone. I went to another homie’s place as well just next to the school and we were smoking and because the police were looking for Heitor, all of a sudden, they knocked on my homie’s door. We were like, “Fuck, don’t open!” and kept quiet. However, at some point, we opened and the policemen just laughed. Afterwards, we found out the guy who got shot was from a falafel place. Now it’s a bit calmer in Malmö, but in 2016/17, it was gnarly. 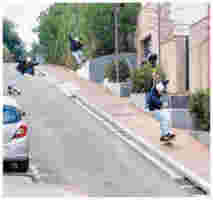 You were skating with Oski when you were in Malmö, and just like him, you can skate everything. Was it always like this, that you were interested in all kinds of spots?

It started with mini ramps. Then I went to the bowl, pumping around and getting comfortable with transitions. At some point, I wanted to skate flat rails, and from there, went to the streets more and more.

If you could only skate one spot, what would it be?

A round flat bar is the most comfortable thing, but I would say I could skate a mini ramp with extensions every day.

People compare you a lot to Brent Atchley. What do you think about that?

It’s nice to be compared to him, he has good style.

"I couldn’t picture myself skating an American high school."

Who were your favorite skaters growing up?

Ishod and Grant Taylor. I really enjoyed watching Grant Taylor. I thought he’s the best skater ever, but I liked to watch Brent Atchley as well in the Elementality video, where he’s floating around Burnside.

After school, you went back to your hometown that you wanted to leave so badly. Why?

I don’t know, it was just stupid me. I wanted to be comfortable again. I graduated just before summer and thought I’ll go home cause summer there is always a good time. When fall came, I thought I should’ve figured something else out. 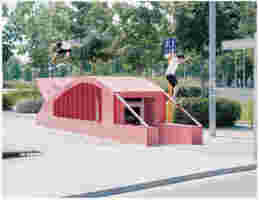 What did you do in your hometown then?

I didn’t do shit. I had some money saved up and lived at my parents’ place. Just chilling with my homies. Then I moved to Barcelona in the beginning of 2019 for four months.

Why did you go there?

I just didn’t want to be in my hometown anymore and had some friends in Barcelona. I went there with a homie and got work at a call center for cell phone customer service. I didn’t even skate that much cause I worked all the time and that shit sucked, so I went home again.

Then in summer 2019, you skated the Euro SB contest in Germany and everybody that weekend was like, “Who is this guy?” Was that contest a turning point for you?

For sure, it was. I got an invite and it turned out all right.

I heard that you already were at a point that you thought a career in skateboarding will not happen for you.

Yeah, after three years in school, I felt like nothing had changed. I got some products from distributions but nothing else. I gave it a last shot and went to Barcelona, but I was just working there. Then I went to the Swedish championships and got second place and the opportunity to do all the Street League qualification contests for the Olympics. That was the first turning point and then I went to the Euro SB.

Nike and Titus hooked you up right after.

Yeah, at the same time right when I came home from the competition in Germany. It was unbelievable.

Then you filmed the Free part, your only part so far; and right away in The Nine Club, they talked about it. How does that feel?

It’s funny and weird to see your name there. I laughed when I saw it.

Kelly Hart commented that you should ride for a company like Girl. How do you feel about going to the U.S.? Is that something you have in mind?

Not really. I had some people telling me that I have to go to the U.S., but I never felt like I needed to do that. I’m more comfortable in Europe. Everything looks better in Europe. I couldn’t picture myself skating an American high school, and I never thought about the business side of it. Everything just happened, and because of COVID, a lot of stuff isn’t possible at the moment anyway, so I haven’t been able to progress with my sponsors. I just skate and see what happens. 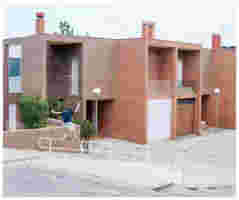 Did they teach you about the business side of skateboarding in school?

We learned about injuries and the history of skateboarding but not too much about the business side. Although, they helped people like Heitor, Oski, or Ville with their contracts, but at that time, I didn’t have anything like that.

Ludi [Dennis Ludwig] told me that you like skating on your own.

Yeah, it can be that I go skating in the middle of the night if I can’t sleep. Go to the skate park, listen to music, and have a session on my own. I don’t prefer to skate by myself, but sometimes I have so much energy and have to do something to get tired, so when my friends don’t have time, I just go skate by myself.

If you come by a handrail alone in the middle of the night, would you do a big trick without anybody around?

No, I would never do that. I did some boardslides on small rails on the way home from homies but nothing crazy.

"I don’t like to be at dirty spots, you know, spots where people are peeing."

Ludi also said that you don’t like it dirty, whether it’s in the apartment or out in the streets. Is that a problem for you if it’s too dirty?

It’s not a problem, but I like to be clean and fresh. I don’t like to be at dirty spots, you know, spots where people are peeing.

Has it happened that you didn’t skate a spot because it was too dirty?

Maybe sometimes. [laughs] When it’s too dirty and it smells really bad, it could happen.

At the moment, you’re on a trip in Barcelona, but in general, you still live with your family. What’s up next for you?

I want to move out from my parents’ place, but I don’t know where to. I think Malmö or Stockholm. It depends on the crew. I have friends in both cities, so it’s hard to decide. Then release the new part and go with the flow.

Where do you see yourself in five years?

Probably, I’ve moved out. [laughs] I hope I can be on trips and still do this. Get a bit more money from it.

…and where do you see yourself in 30 years?

I’m kinda old then. I hope I have a family, someone to chill with, a nice house, and I hope I’m happy.