I heard that Trevor McClung would also join the Etnies tour I went on for Solo. McClung? I asked myself. Who of the three is he? There are Trent and Trevor and also Taylor of whom I always thought (I never really looked into it too much) he would be their cousin. Opinion over facts is modern nowaday b ut my thought was wrong – all brothers. To get Trevor more to know and to be able to separate him from his brothers I took my chance and asked him a few speeddating questions I stole from the internet. (For everyone who doesn't remember speeddating: It is an awkward date with a lot of people at the same time that feels like a poetry slam and in the end you walk home alone.)

What is one thing about yourself that you would like me to know?

A funny one I guess is: My name hasn’t always been Trevor. When I was born my parents named me Kyle. I was Kyle for like two weeks and then they went to change something like the time of birth or something and they changed my name when they were there.

Just out of the mood?

I think so. I don’t think they liked how I look as a Kyle.

What are you most proud about?

I guess just making it in skateboarding and kinda being an inspiration to other kids.

No I don’t follow any politics. I couldn’t care less.

"My name hasn’t always been Trevor."

What is your most treasured possession and why?

Off the top of my head maybe my dog. He is just a funny little boston terrier and I’m a dog-guy. I mean I really love my dog a lot. Growing up my parents always had dogs. Always dogs around my life.

Which is your favorite book or movie or both?

I think my favorite book is “Siddhartha”. My friend Silvester gave me that book one day and I’ve read it a couple of times now. It’s a good one. It’s quick to read so…

Where do you see yourself in five years?

Honestly I don’t know. Hopefully still skating but if I’m not skating I probably will be working with my dad. He is a general contractor like construction worker. He builds cabinets and kitchens and does all this house remodels and stuff. I’ve done a little bit with him growing up and I’ll probably try to work with him… after skateboarding. 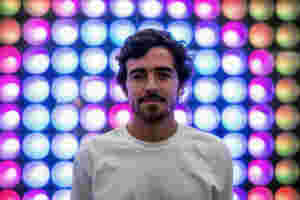 If you were an animal in the wild. What would you be?

I’d like to be an elephant probably. I feel like no one really messes with elephants. I guess they’re not the king of the jungle but kind of are.

Do you beliefe a cup is half empty or half full?

I tell myself it’s half full. Positive look is guess…

If you could travel back through time. What single mistake would you correct in your life?

I probably would make some different decisions in skateboarding. Just certain people I’ve talked to and stuff I would probably try and go down a different path a little bit. I love all my sponsors right now so it wouldn’t be sponsor wise but I don’t know but maybe try and get to know a couple of other people that can get me further in skateboarding I guess you can say.

You’ve got six month to live. What would you do first?

I’d just keep traveling. I’d like to check out all fifty states in America.

How many do you have?

Oh I don’t know but I have a long way to go. I don’t have that many actually. I’d like to check out all those and then travel as much as I can.

"I’d like to check out all fifty states in America."

Who was your hero as a child?

I wanna say a hero of mine is probably my dad. Just what he has been through. His ups and downs and how he has gotten through them has really pushed me to I guess. He was a pretty bad alcoholic and went into rehab a couple of different times and then finally just one time it was just like „alright I’m done. This is the last time I’m gonna do it.“ and there is some other stuff but he has made it through a lot and so I mean if he can do it I think anyone can do something like that. I’m looking at him now too. Like how successful he has been after all of that.

If you won the lottery. How would you spent your millions?

I’d probably invest and maybe buy some houses or something. I don’t think I’d go crazy with it. I’m not really a car guy so I won’t get a special car. But I’d probably get myself a nice house, pay for my parents house. I don’t know, defiantly just travel and see the world again. That’s pretty much it. All I wanna do is just travel.

Which was the first crush you ever had?

If you had friends coming over. What would you cook?

Whatever they wanted. No. I don’t know. Honestly something easy that would go a long way would be some pasta dish. It’s easy, cheap and you can feed a lot of people. I feel like everyone like pasta.

Honestly probably just hanging near a beach somewhere. That’s pretty much it. I went to Bali and that was one of my favorite trips that I’ve ever been on. Just jump on a scooter and I went with my girlfriend literally from town to town and we would just chill at different beaches all day. It was amazing. And over there is everything so cheap too. Food and all that so it was an easy living. That’s for sure. I like it. I love the beach man. I could just pull out a book and read at the beach. It’s nice.

What was the last music album you listened to?

I’ve been listening to a lot of Bob Dylan lately. My favorite album right now that’s on repeat is “Bringing It All Back Home”. “She belongs to me” is my favorite song right now. I listen to the whole album all day.

What adjective would a close friend use to describe you?

If you could live anywhere in the world. Where would it be?

Hard to say. Right now my hometown, Huntington Beach, I love it. It would be a beach town of course. I really like Oregon a lot but then maybe somewhere like Croatia.

In which persons shoes would you like to step for a day?

Chris Joslin! He has got some jumping shoes. Doesn’t he?

If you want to see your favourite Etnies Pros in real life now it's your chance. The Etnies team is coming to Germany and Austria.

The Etnies team, including Chris Joslin, Barney Page, and Trevor McClung, went to Germany and Austria on street mission.