A bridge is a structure that overcomes an obstacle. So the part that people care about is the top of the bridge, which helps them continue their way without any problems. What’s under the bridge is the problem, the obstacle, the thing the bridge needs to get over. That’s why places under bridges are not the most popular ones. The most positive association might be the Red Hot Chili Peppers song (and that’s about heroin). Besides that, it’s used most of the time as a threat from parents, “If you don’t change your behavior, you’ll end up under a bridge!” 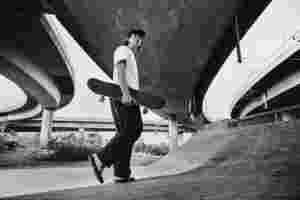 If you build a bridge, you’re an engineer, which is good. If you’re under a bridge, you’re most likely homeless or at least a drug addict or even both, which parents consider not so good. Skateboarders, however, like to hang out under bridges. Well, it’s maybe not exactly that we’re attracted by them like they’re paradisiacal beaches, but they fit our purposes and we can ignore the other circumstances like smell, noise, darkness, dirt, used needles, human feces, etc. Most of the time, there’s empty space under bridges (since nobody else wants to be there) and the bridge gives shelter from rain, so not too few DIY enthusiasts started to build under bridges – just think of Burnside or FDR. But even if you don’t find a transition wonderland at the end of the eight-lane highway over you, it’s still not a bad idea to have a look under bridges for spots. Most likely you find a bank or maybe you find even more. Photographer Friedjof Feye wanted to shoot an article with Niklas Schaible, the younger one of the Schaible brothers for a while now, but when he finally went to visit Niklas at his residence in Mannheim, it rained cats and dogs. Classic Middle-European autumn weather. So they needed to come up with an idea to be able to skate. That’s when they started hiding under bridges and it turned out that there were enough in and around Mannheim to shoot a whole article. There may be more beautiful places in Mannheim, but at least, it was dry there under these huge concrete worms (at least most of the time). So whether you like it or not, maybe you should check out a bridge near you in the coming months as well. 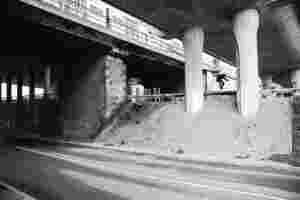 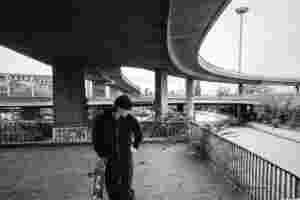 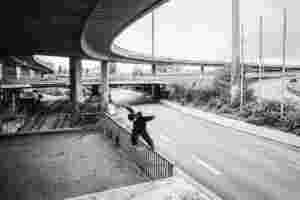 Oskar Ong sends videos at regular intervals. The latest one is filmed in Mannheim, Hamburg and Heidelberg.