How Italy and Palestine connected

Anti-do-to means antidote and the Italian streetwear brand that has chosen that name tries to be exactly that and help out where they can. That’s why they use 50% of their net profits to support social projects. When Italian Vans teammanager Davide Martinazzo got in contact with them, they started to help fixing the cracks at Milano Centrale and carried on to support a skatepark project in Palestine. We talked with Davide about it.

Launched in 2020, Anti-do-to is an activist streetwear brand that invests 50% of their net profits into social projects. I was lucky enough to have a cool friend who started to develop the brand and involved me in this beautiful journey. 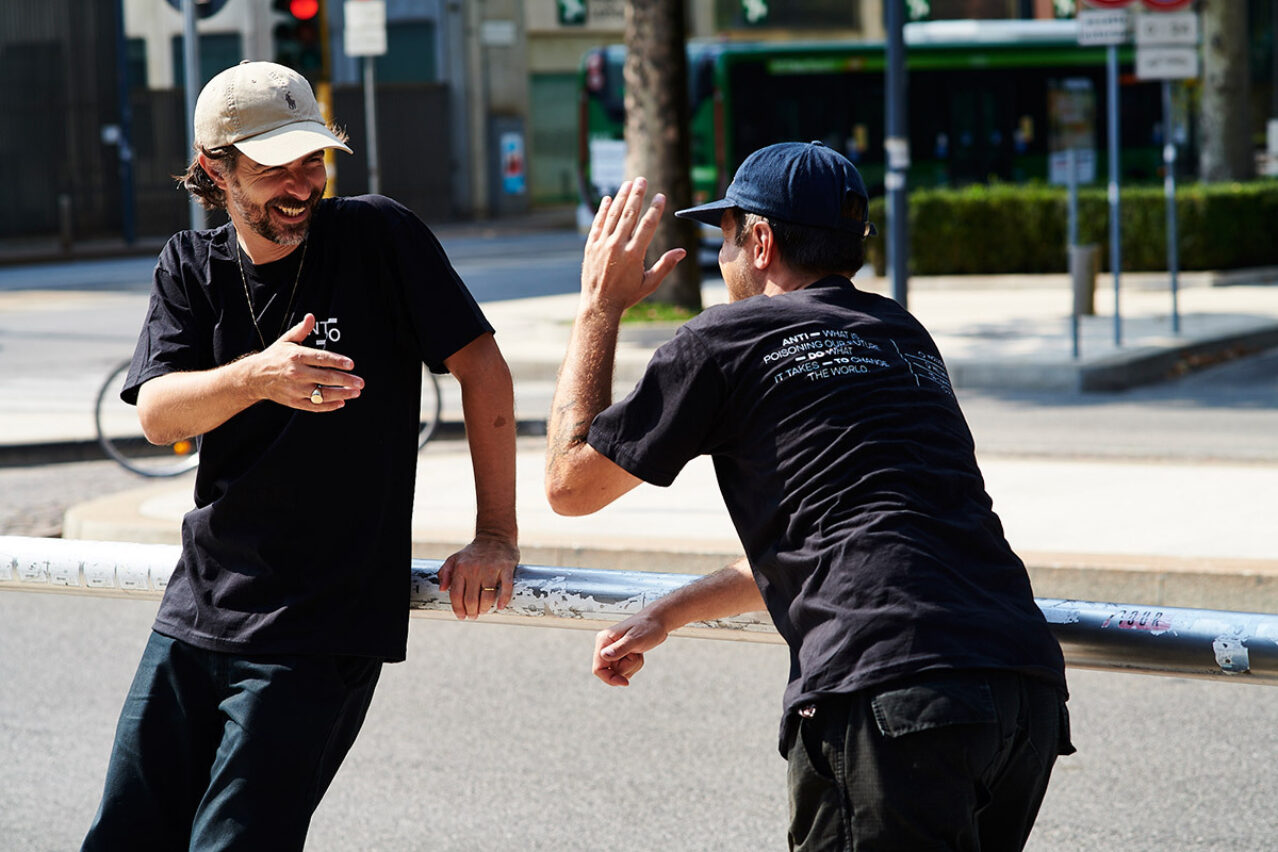 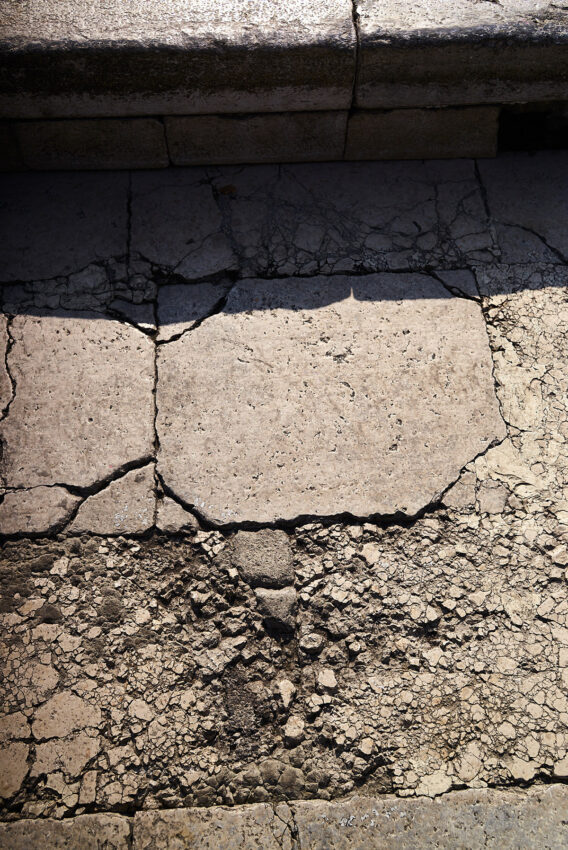 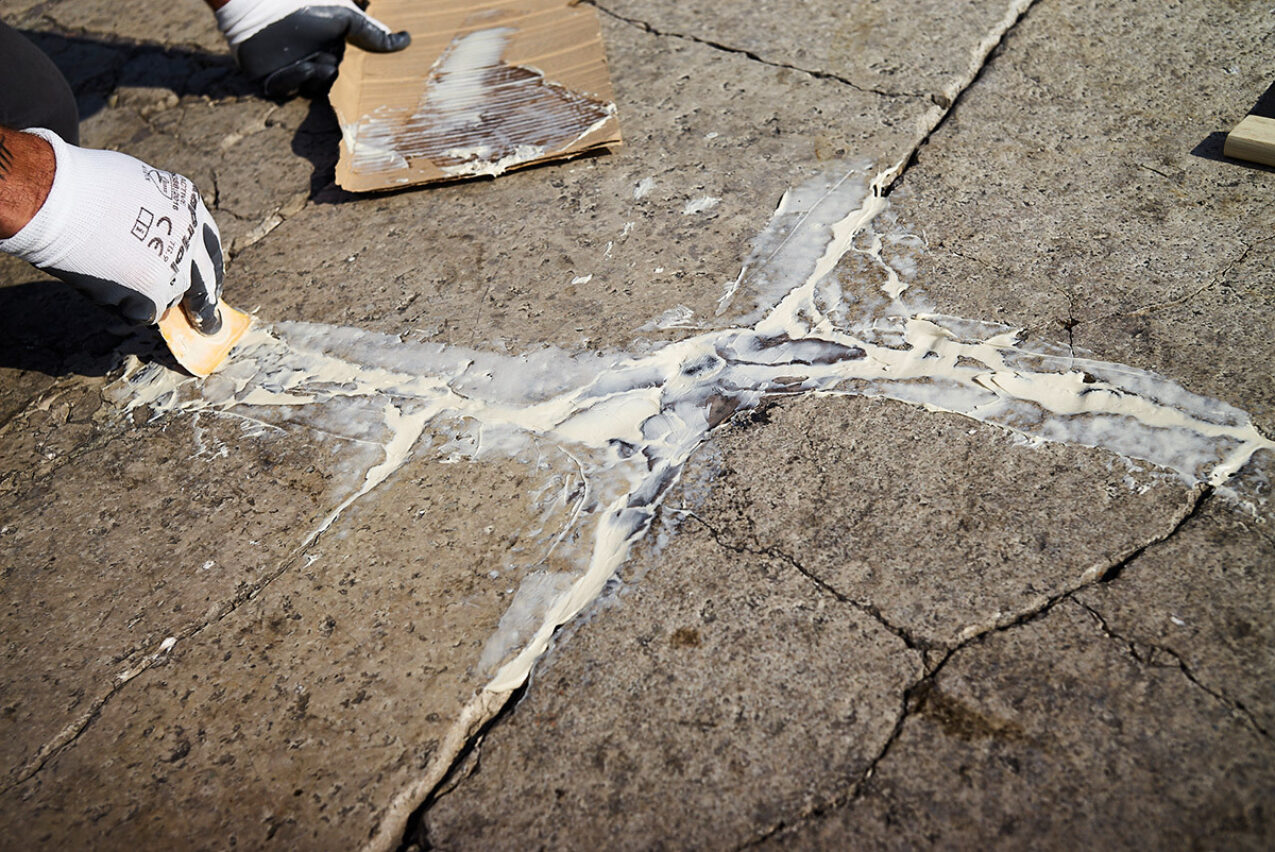 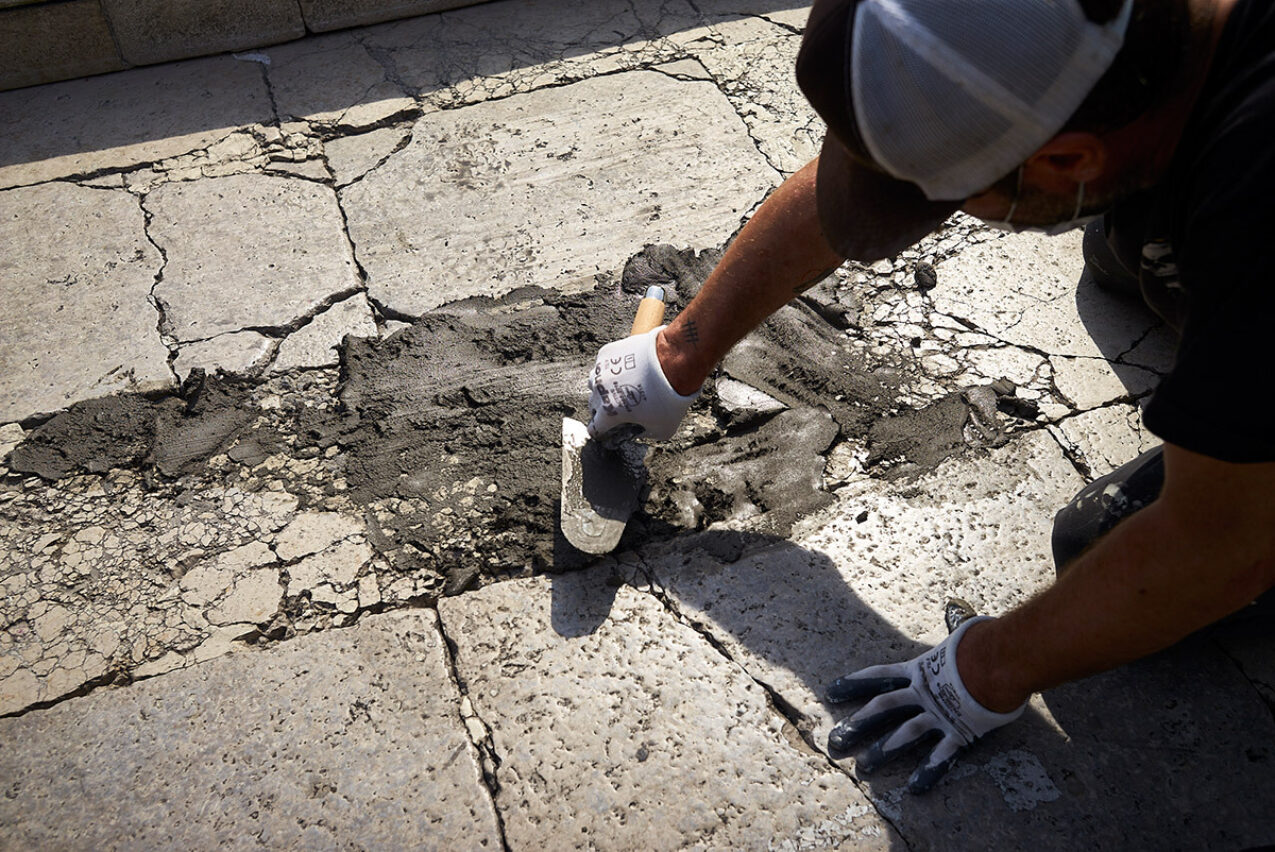 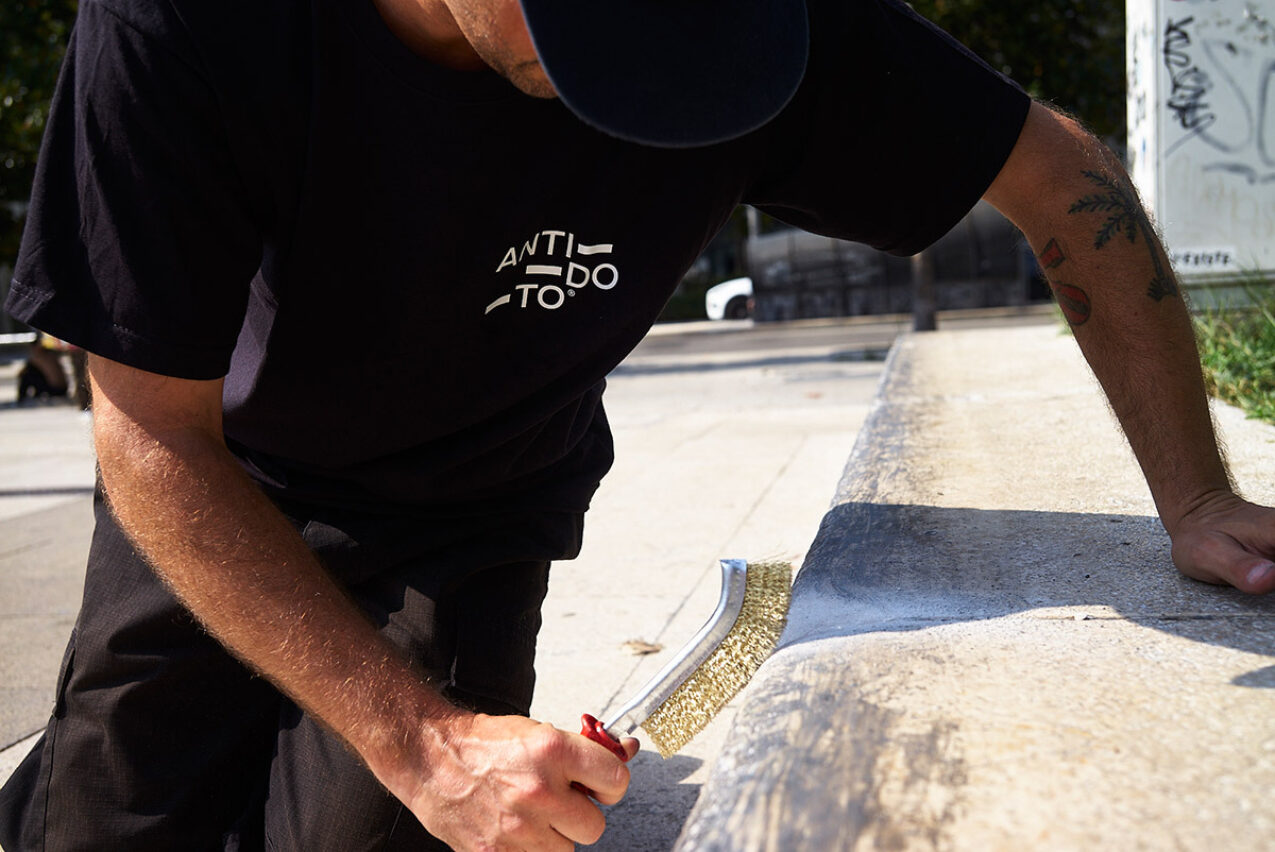 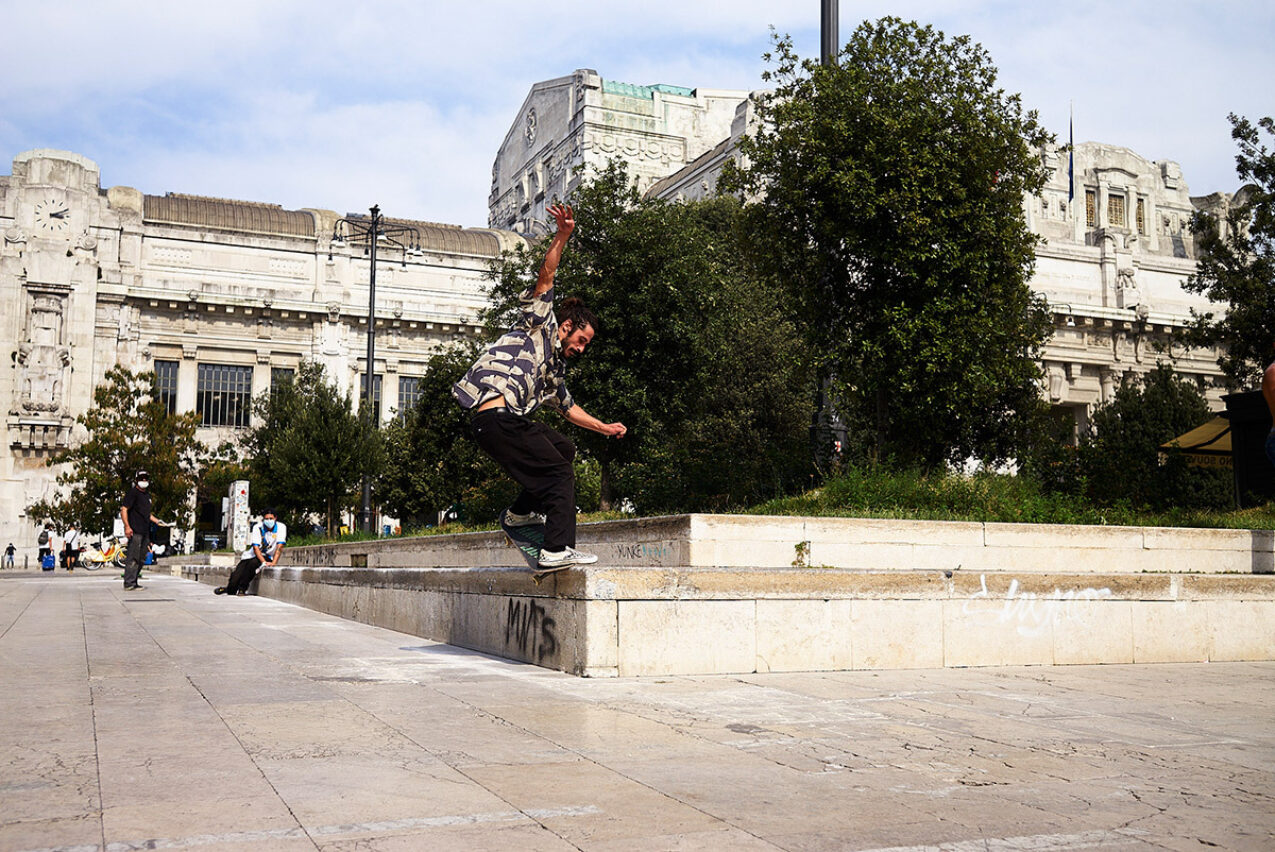 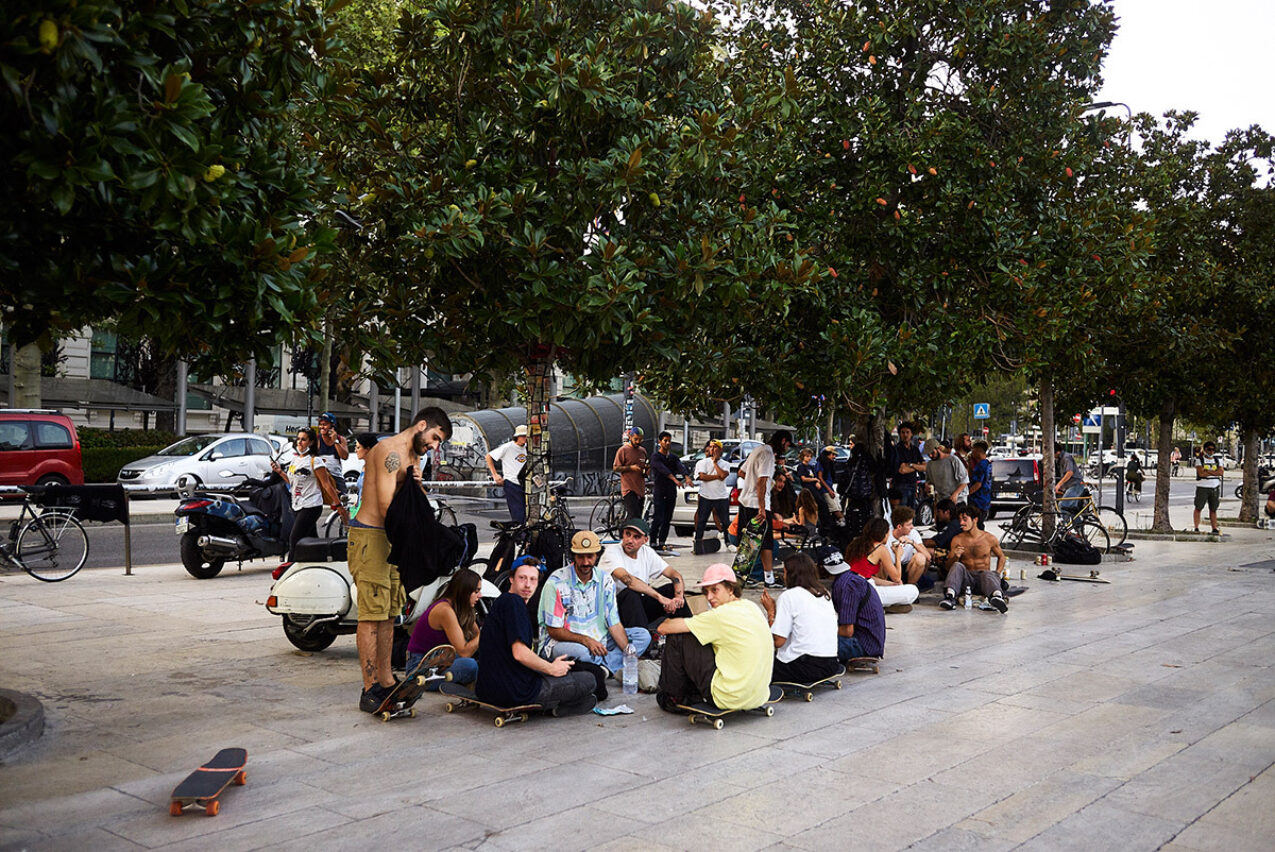 How did the idea then came up to fix the ledges at Centrale and how long did it take to fix them?

The idea was in my mind for a long time. I mean… I saw the Chef family (locals from MC) and the new generation of kids trying to fix it. They did it with the right spirit and in a good way but without all the tools that you need. I did it with Anti-do-to in another way: with their support I built a squad and bought lots of cans of the perfect product (Sintolit). With this crew we spent around three days at the spot. We fixed the cracks on both sides of the long ledge and the gap. We also used concrete for the big cracks on the pavement. After that we had a good session to test. At least we made a good job!

It’s kinda like a year ago since you fixed the spot. Is it still in good shape or does it need a new makeover soon?

After one year I can tell we need to to do another makeover. Skaters were hitting the ledges all day also during covid. The condition is not so bad if you compare it with when we started to fix but you know… a crooks that went wrong can chip even the best marble.

How did the Palestine project then start? How did you get in contact?

The Gaza Freestyle Festival (GFF) crew started visiting the Gaza strip and brought the first skateboards and an event back in 2014. They used to make a benefit session at MC. They asked people to bring boards, shoes, hardware to the event and then they shiped a container full of goods to Gaza. My friend André Lucat is one of those guys. He is a very purposeful guy and he introduce me to this amazing people. They where planning the last mission to finish the DIY skatepark at the Port of Gaza so I came up with the idea to talk with Anti-do-to to support this mission, like they did at MC. And now after all, here we are. Finally the park is done! Still I can’t believe they made it! 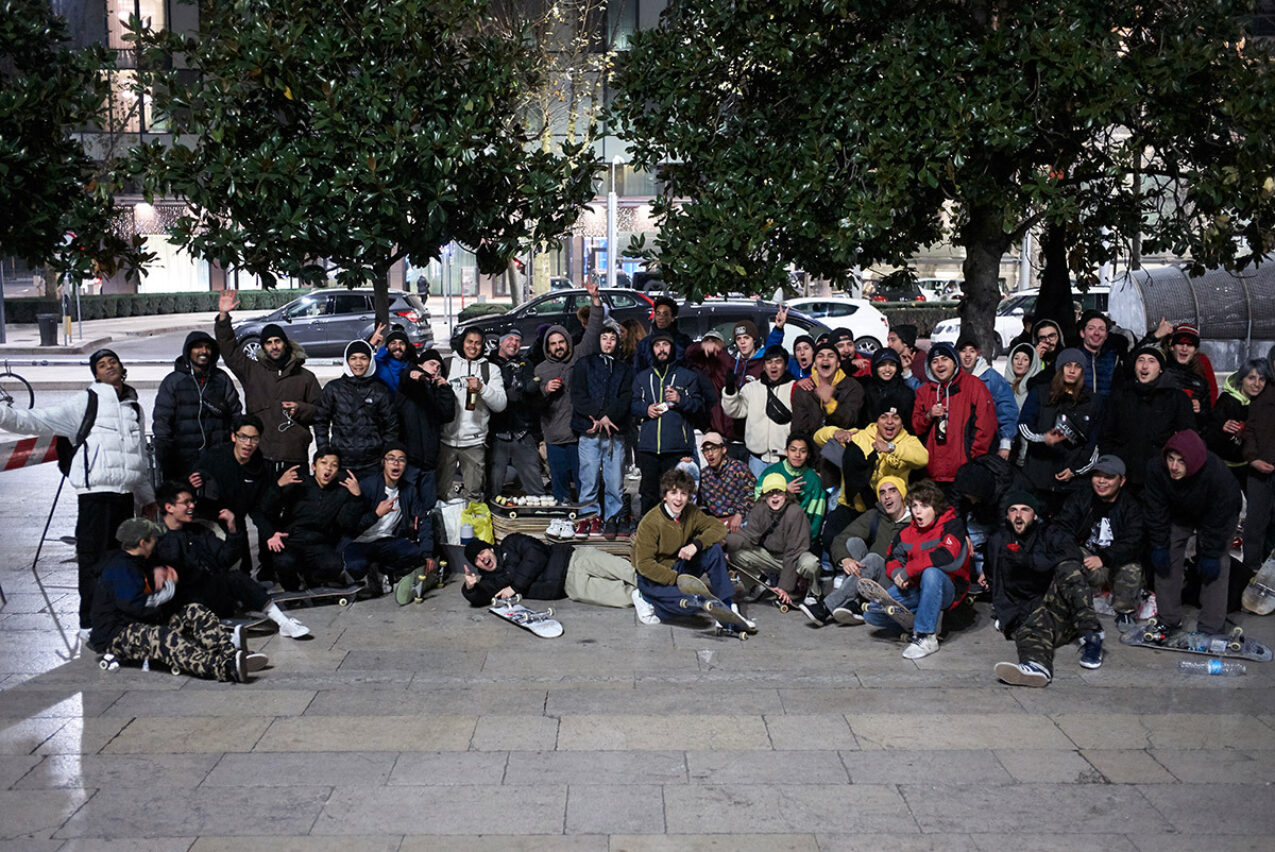 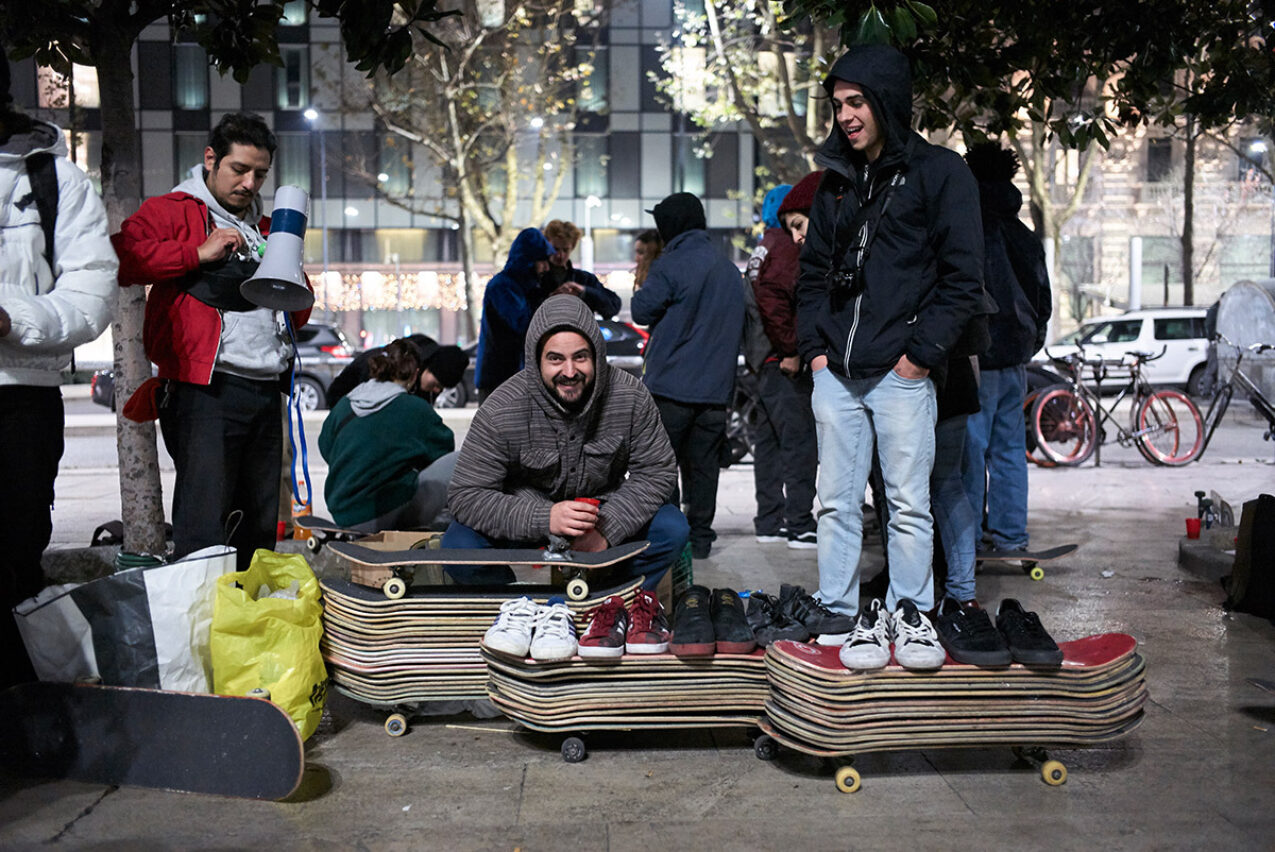 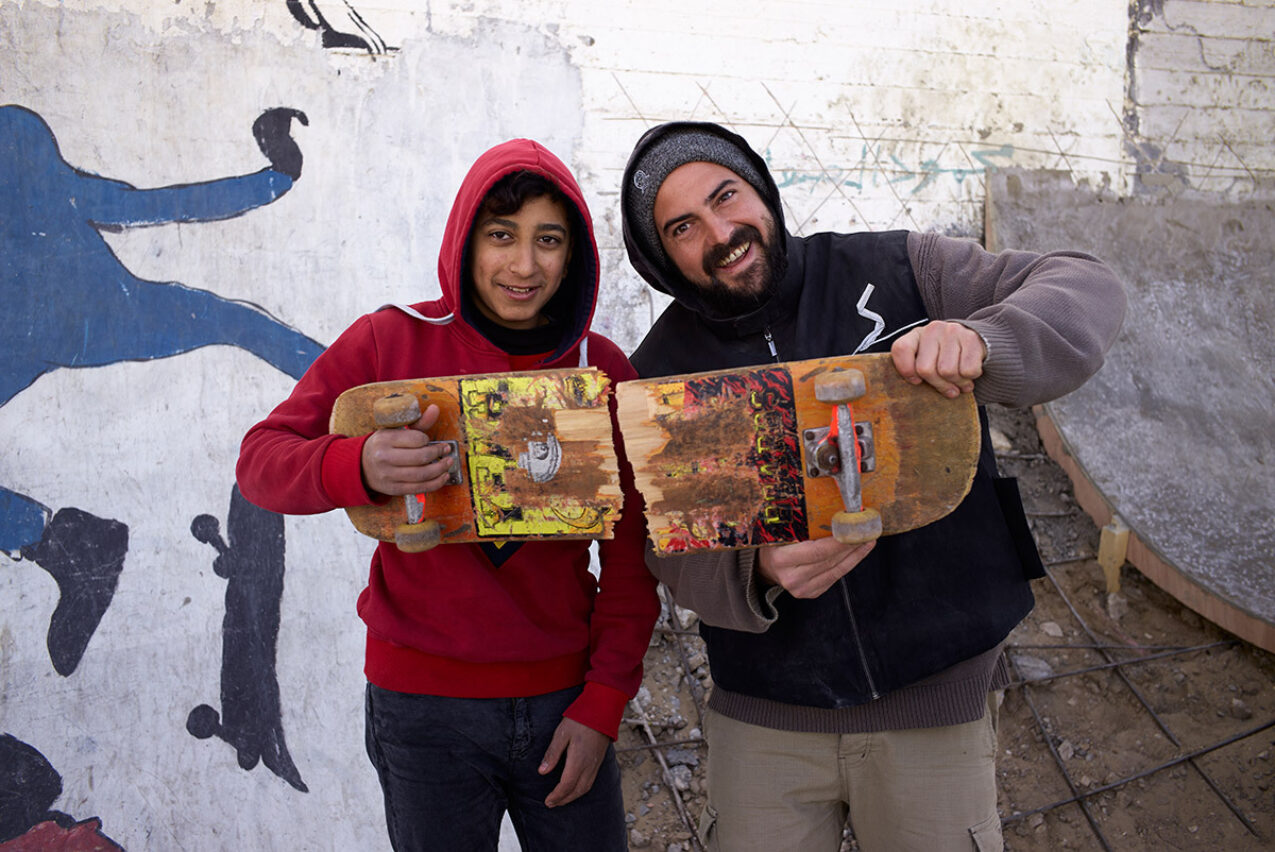 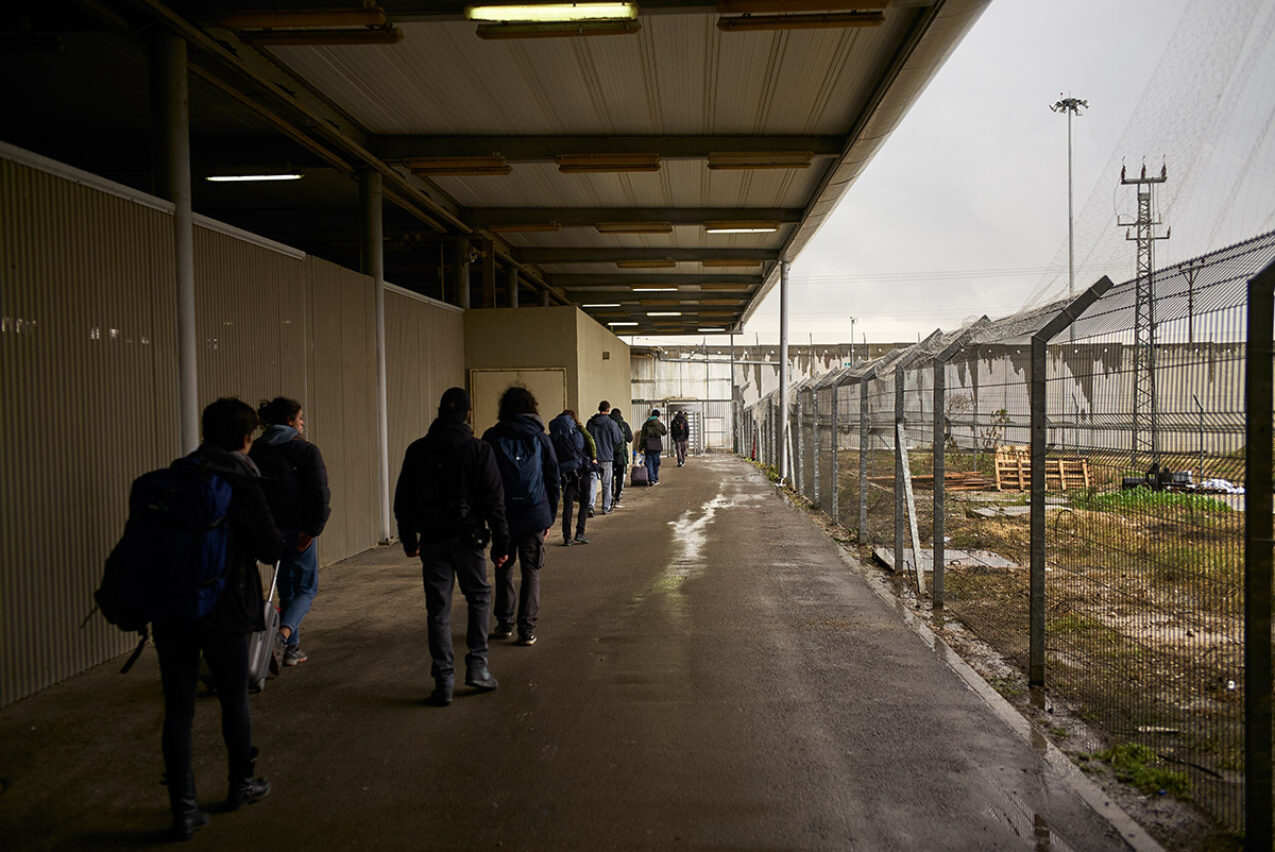 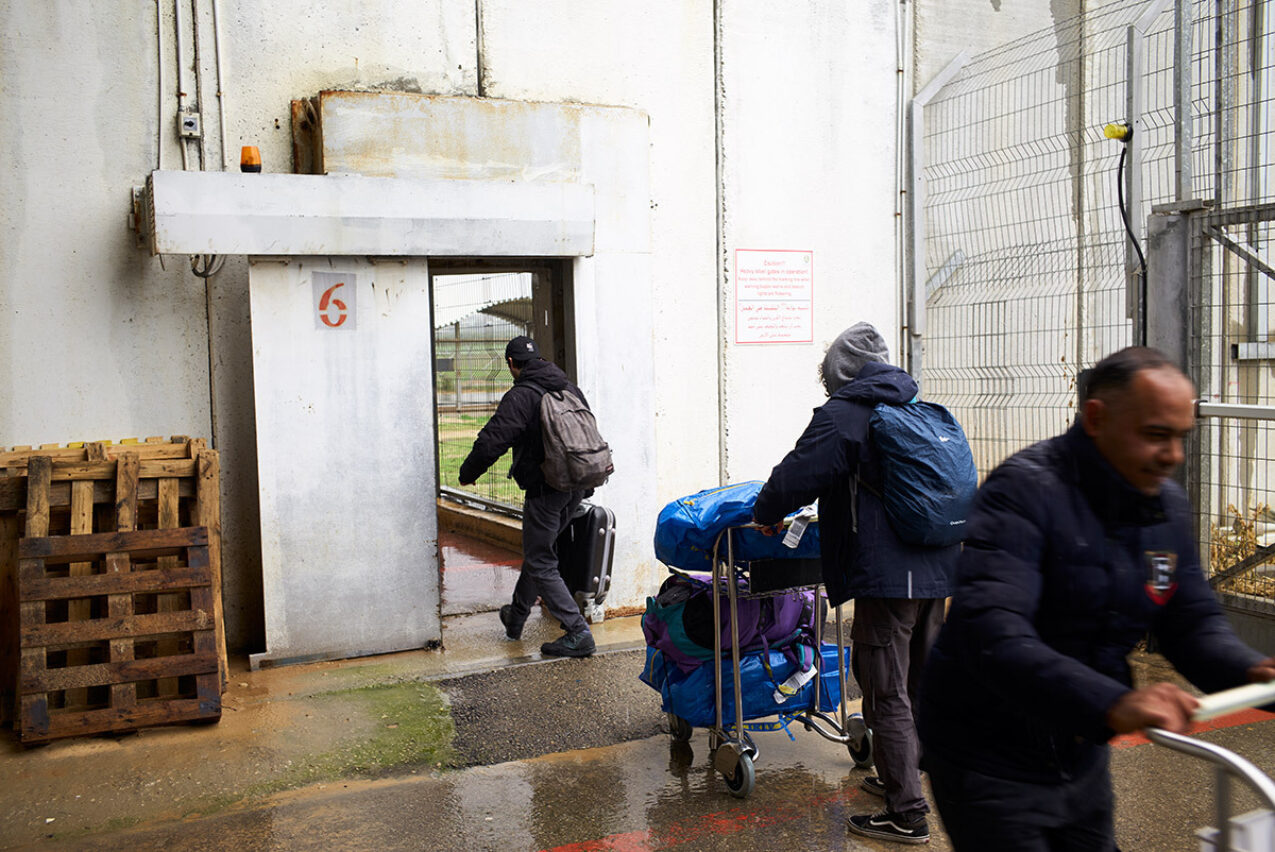 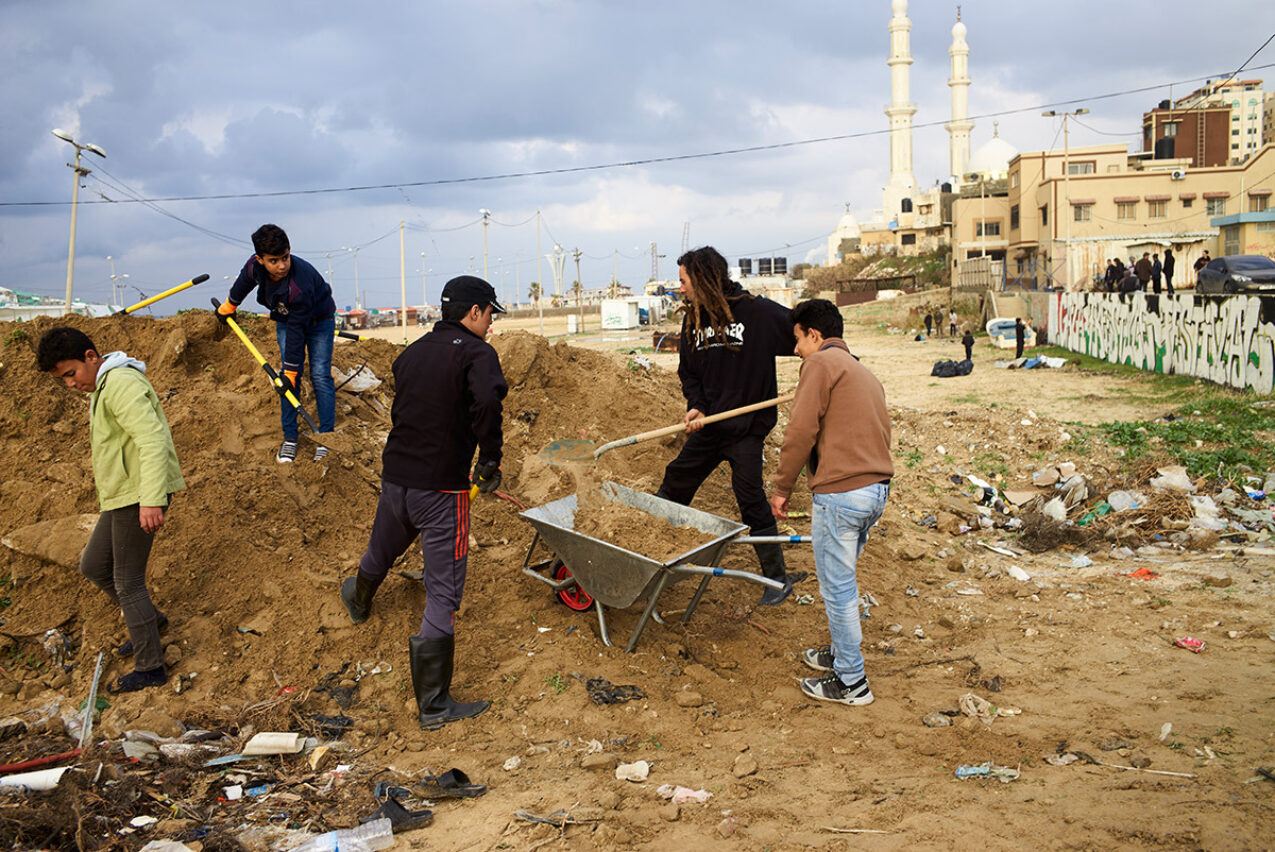 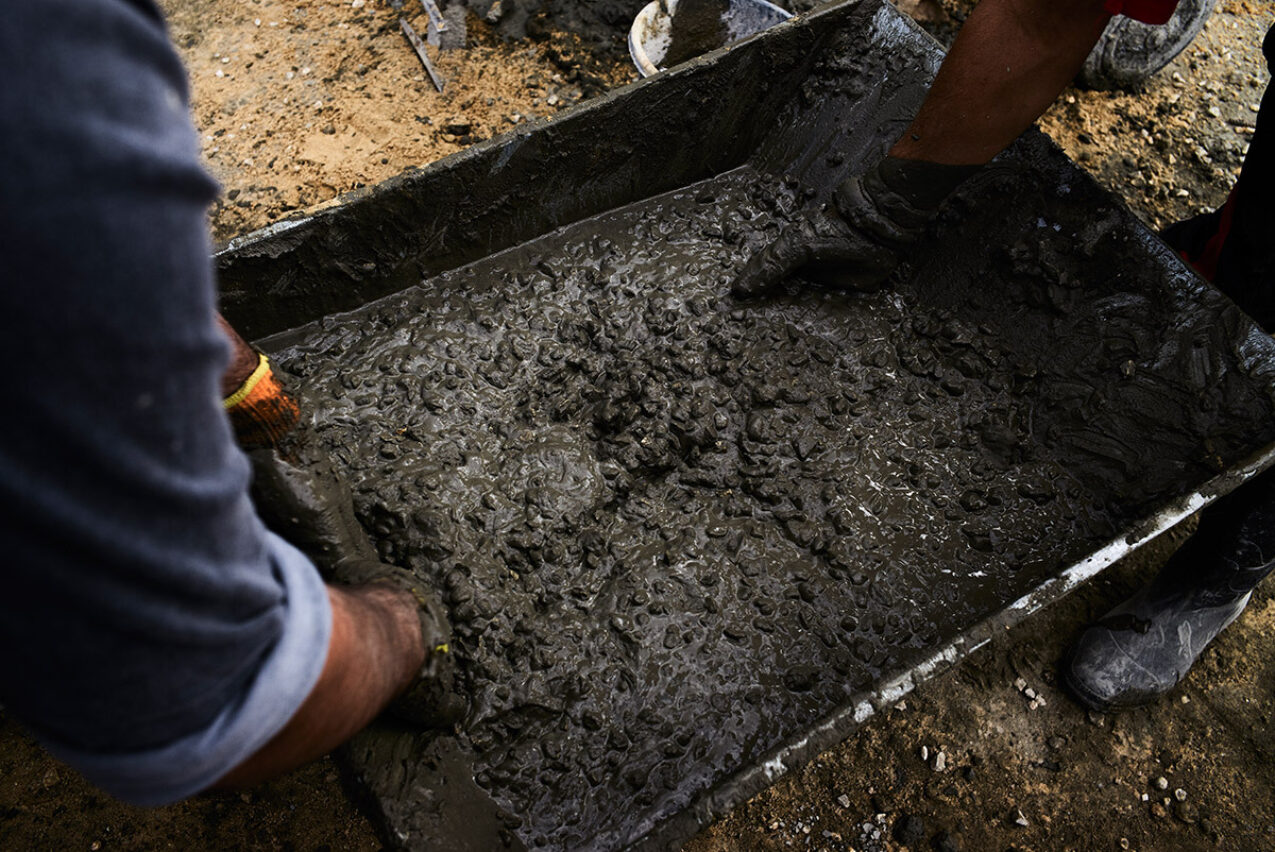 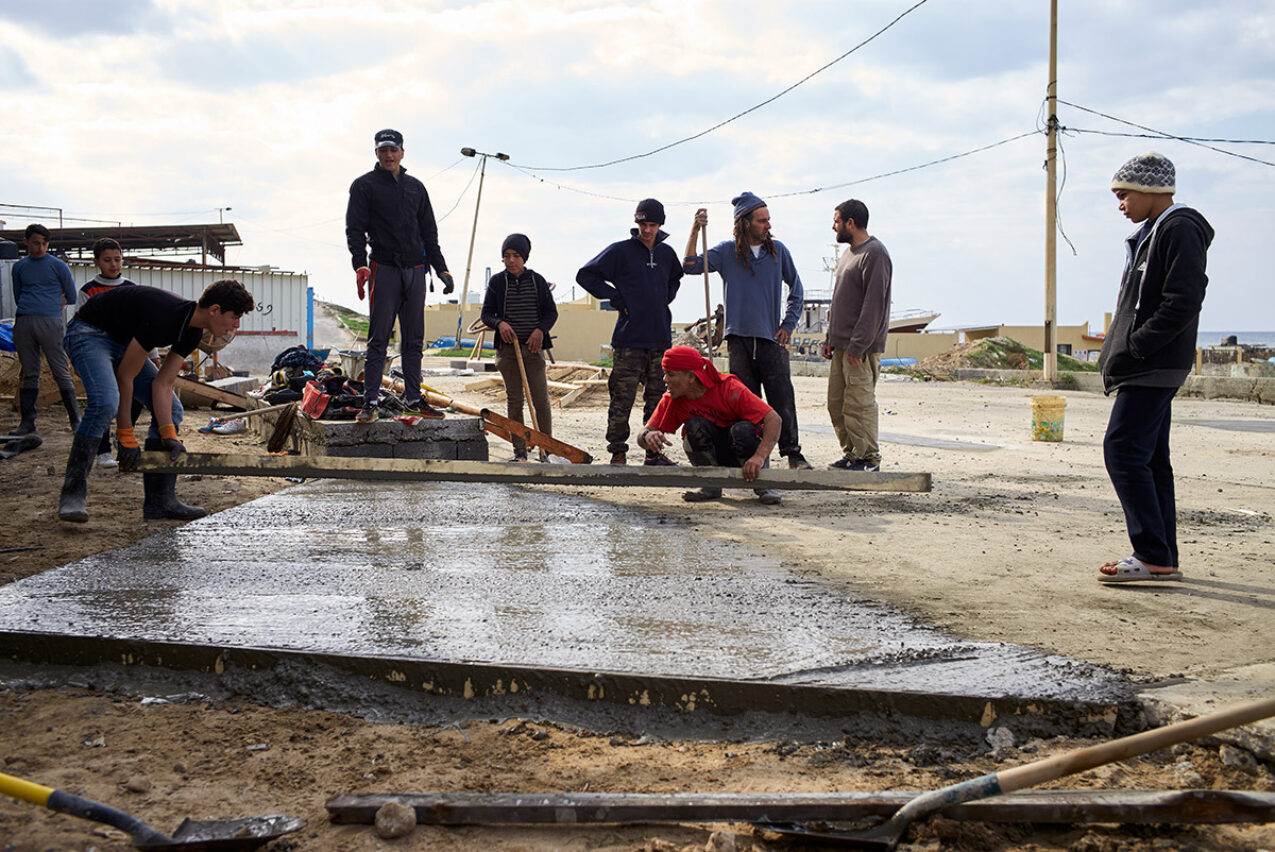 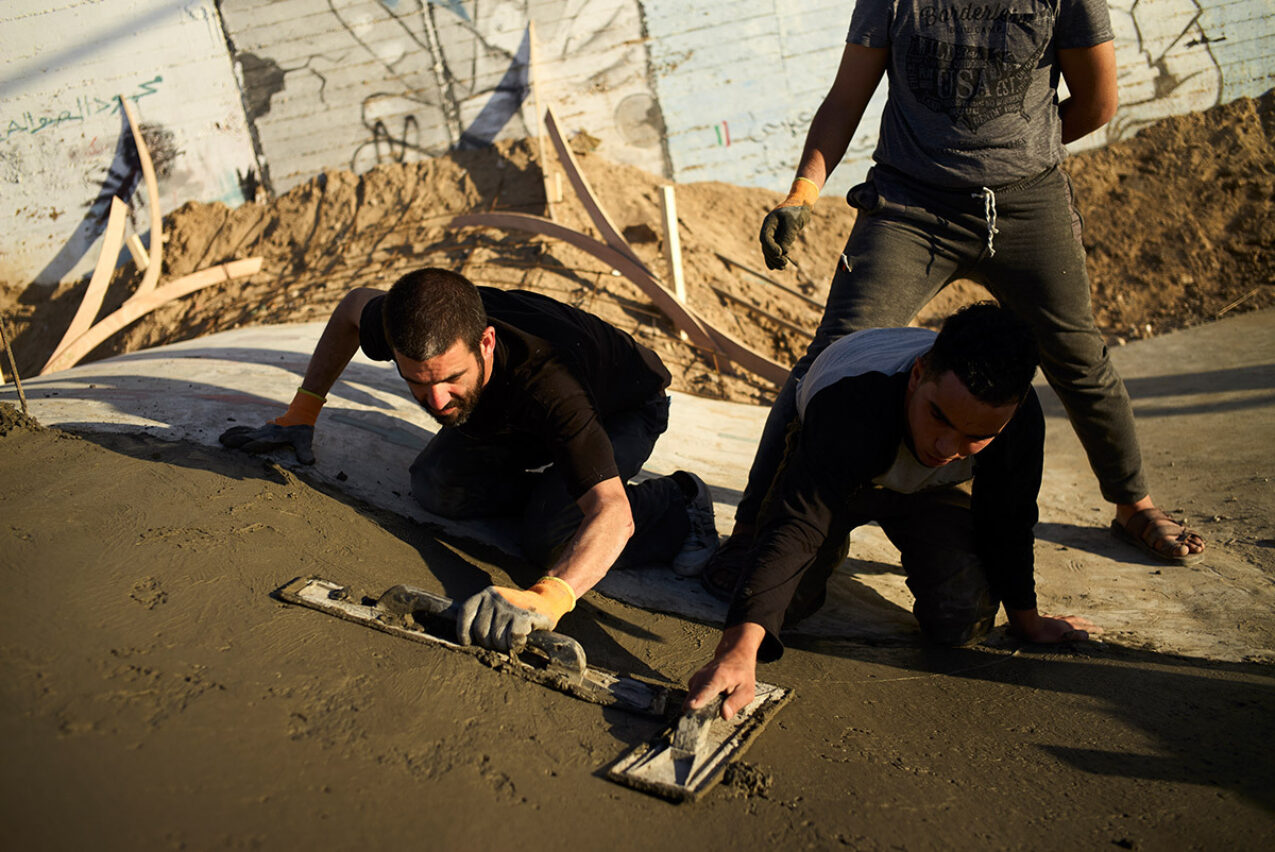 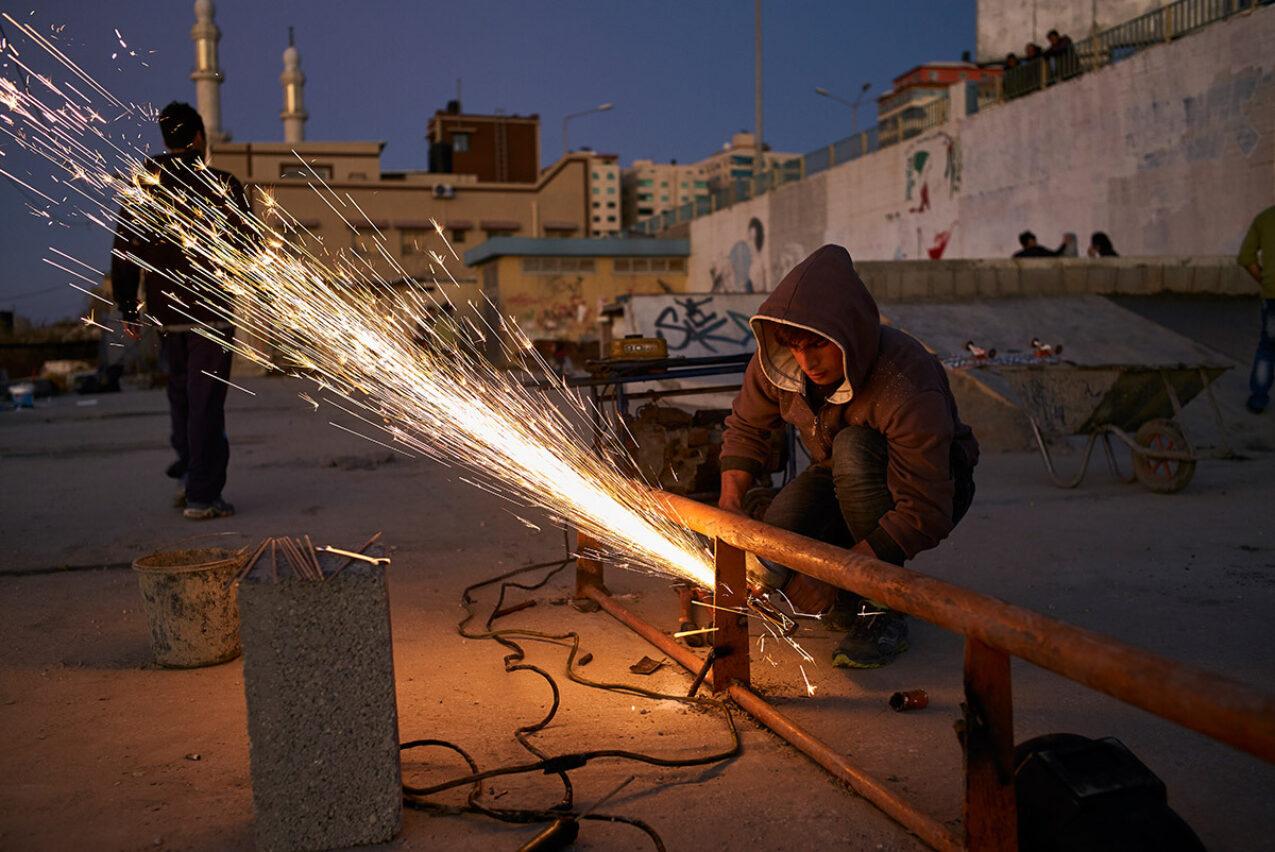 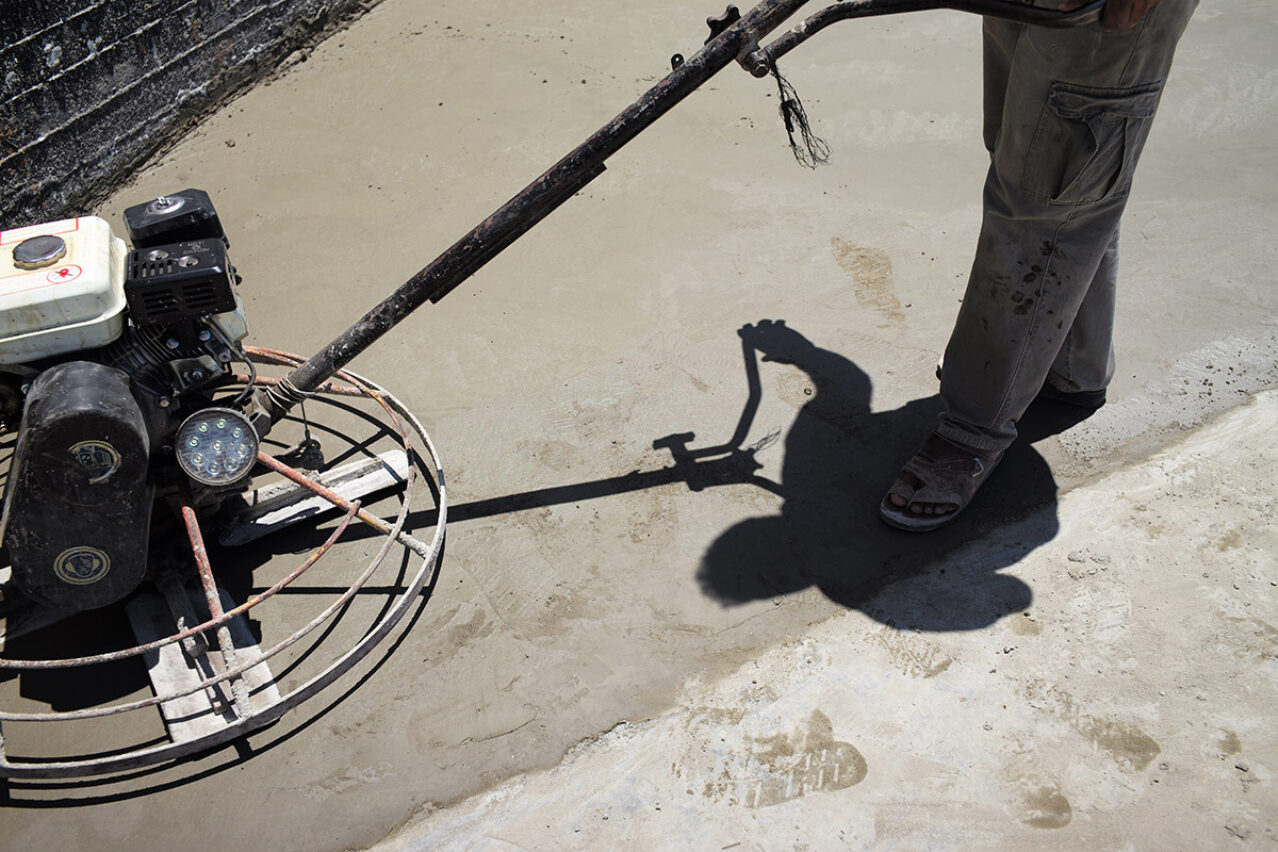 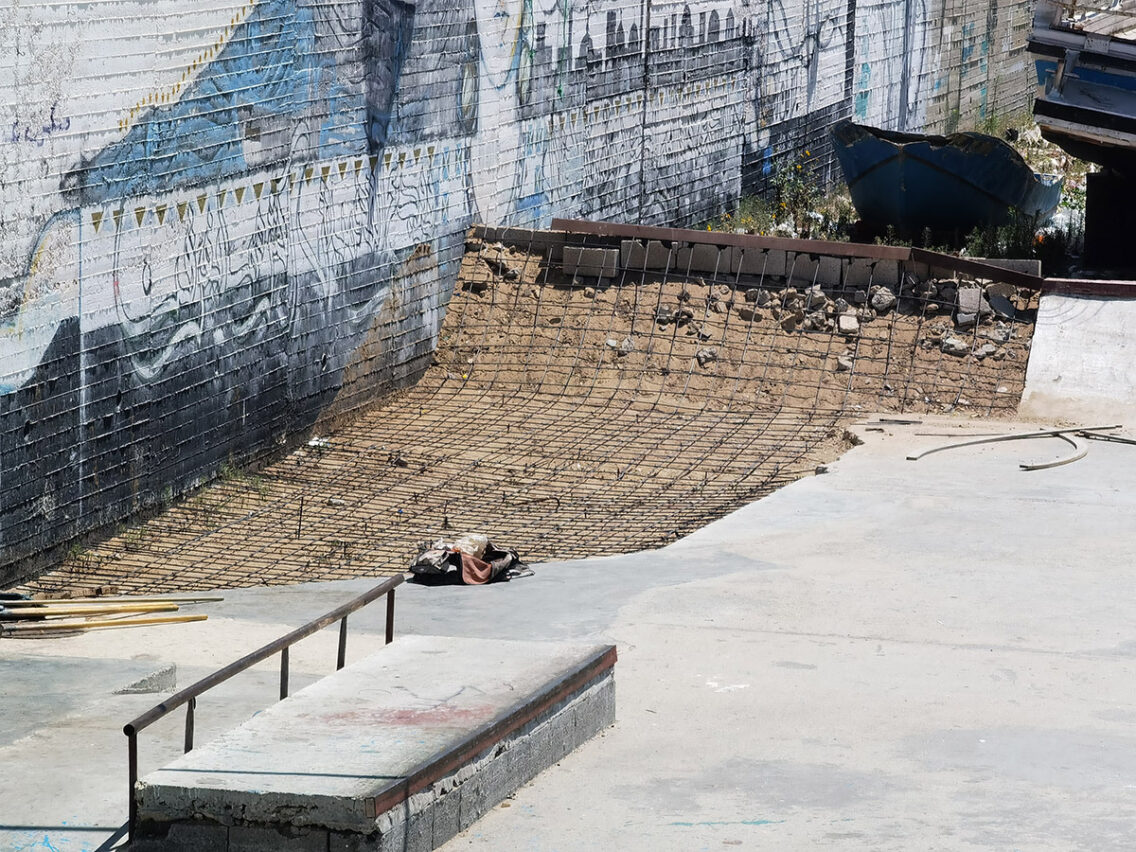 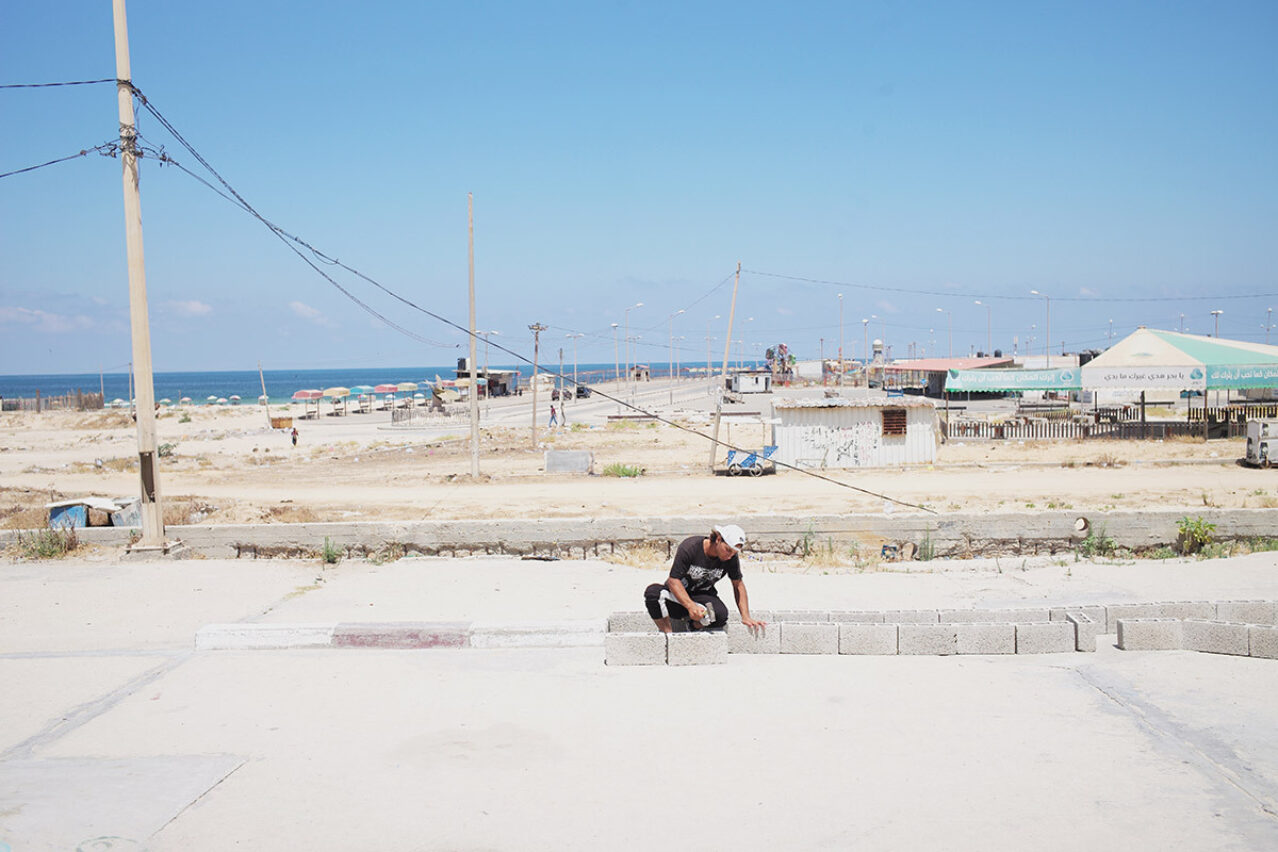 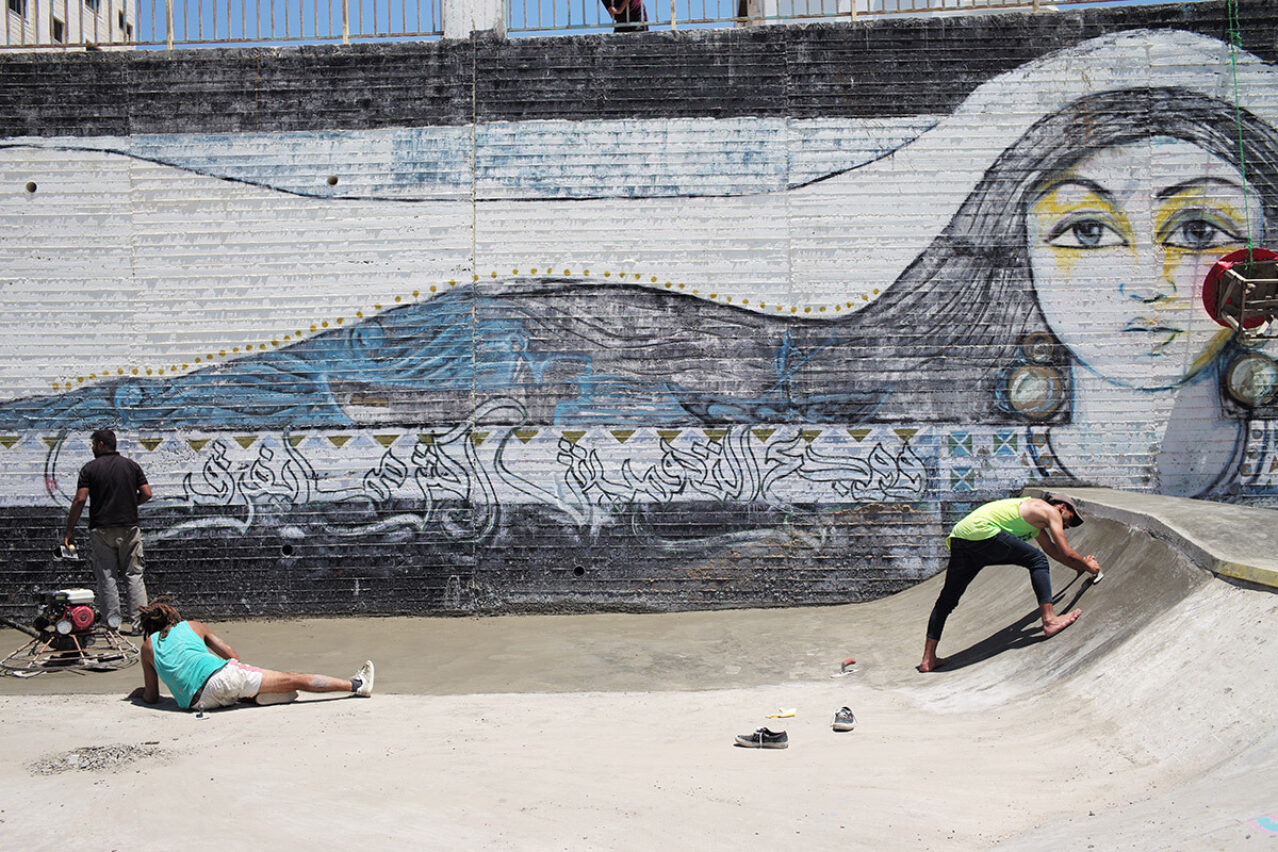 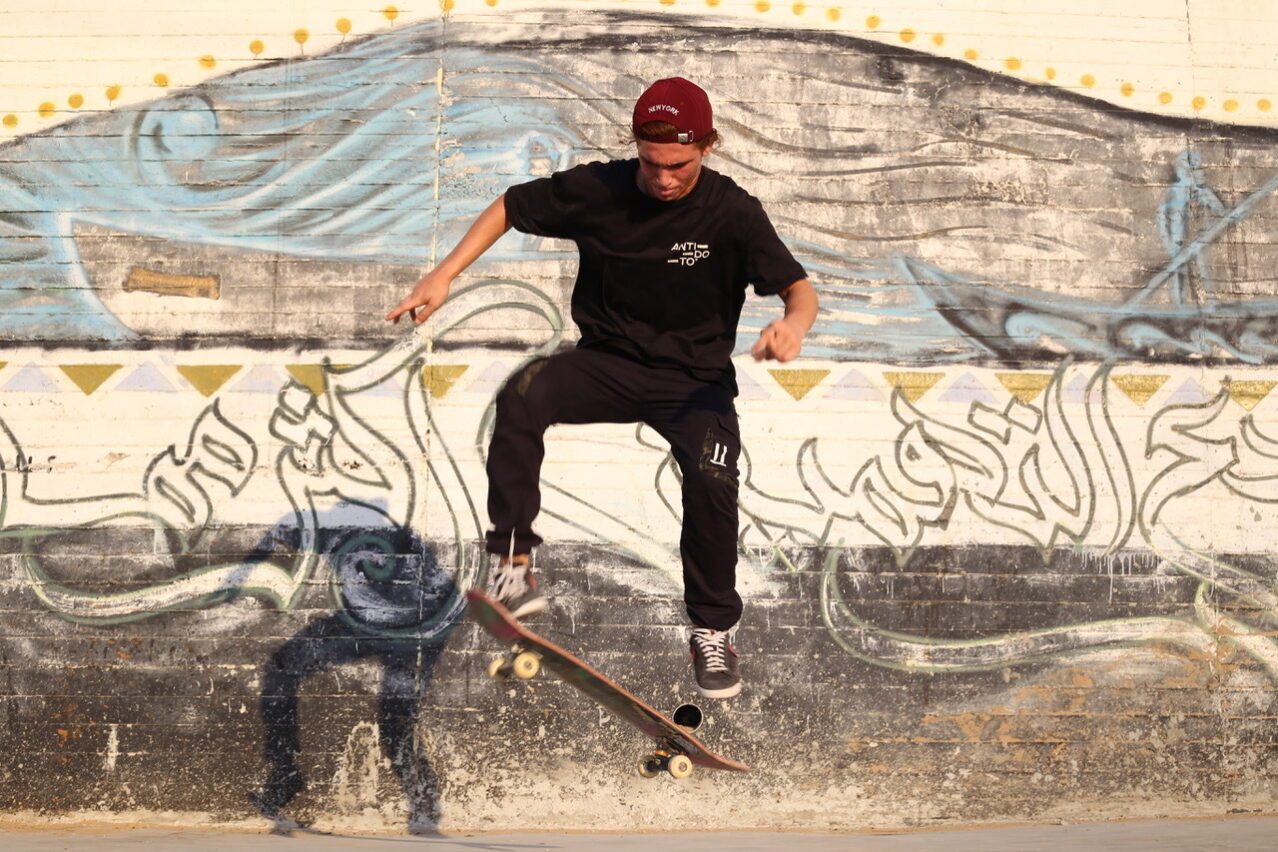 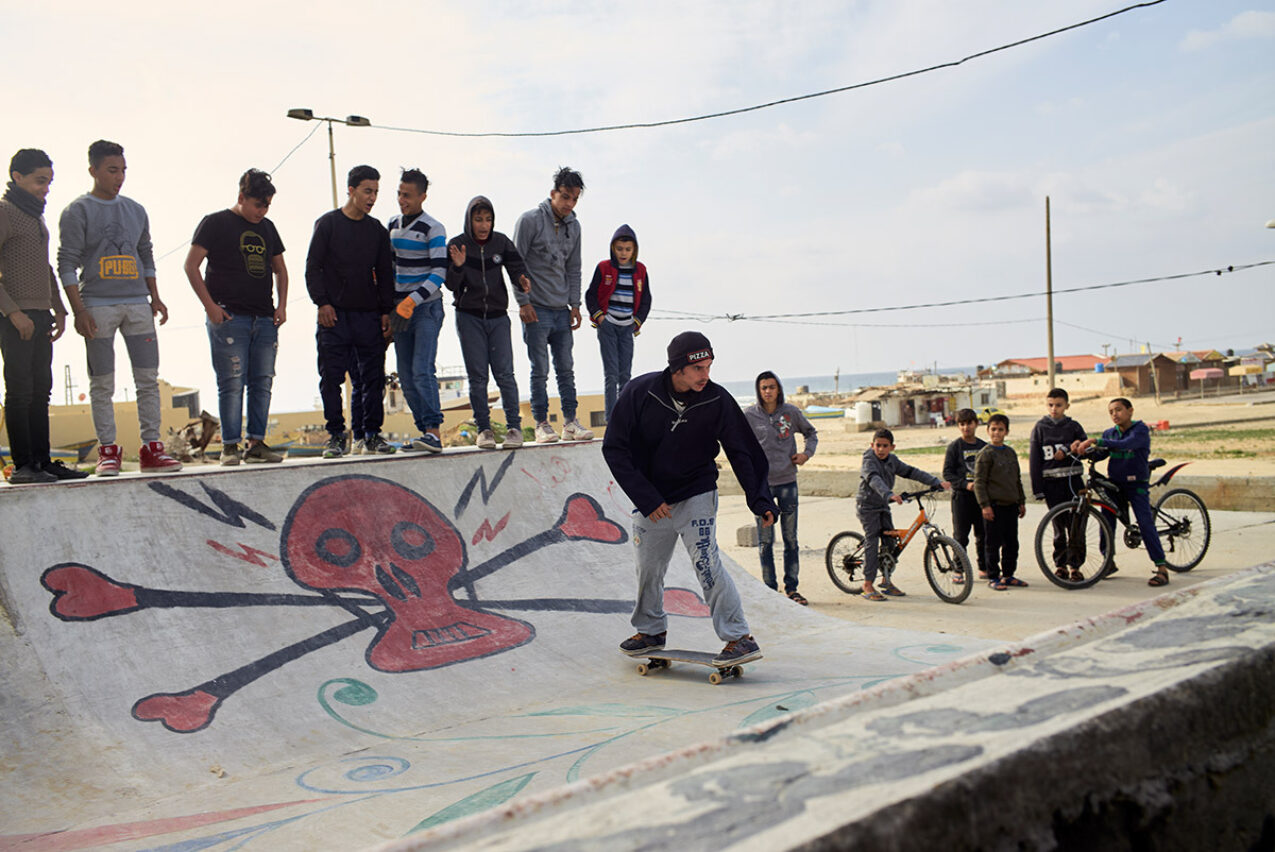 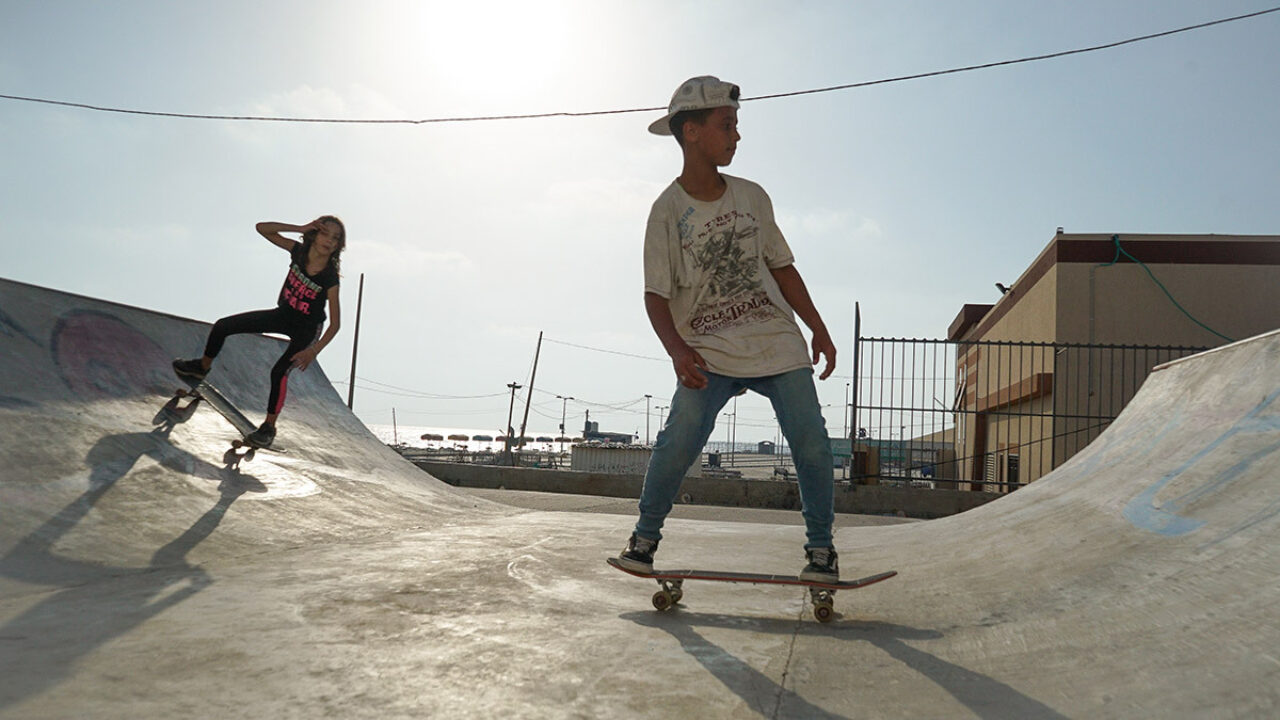 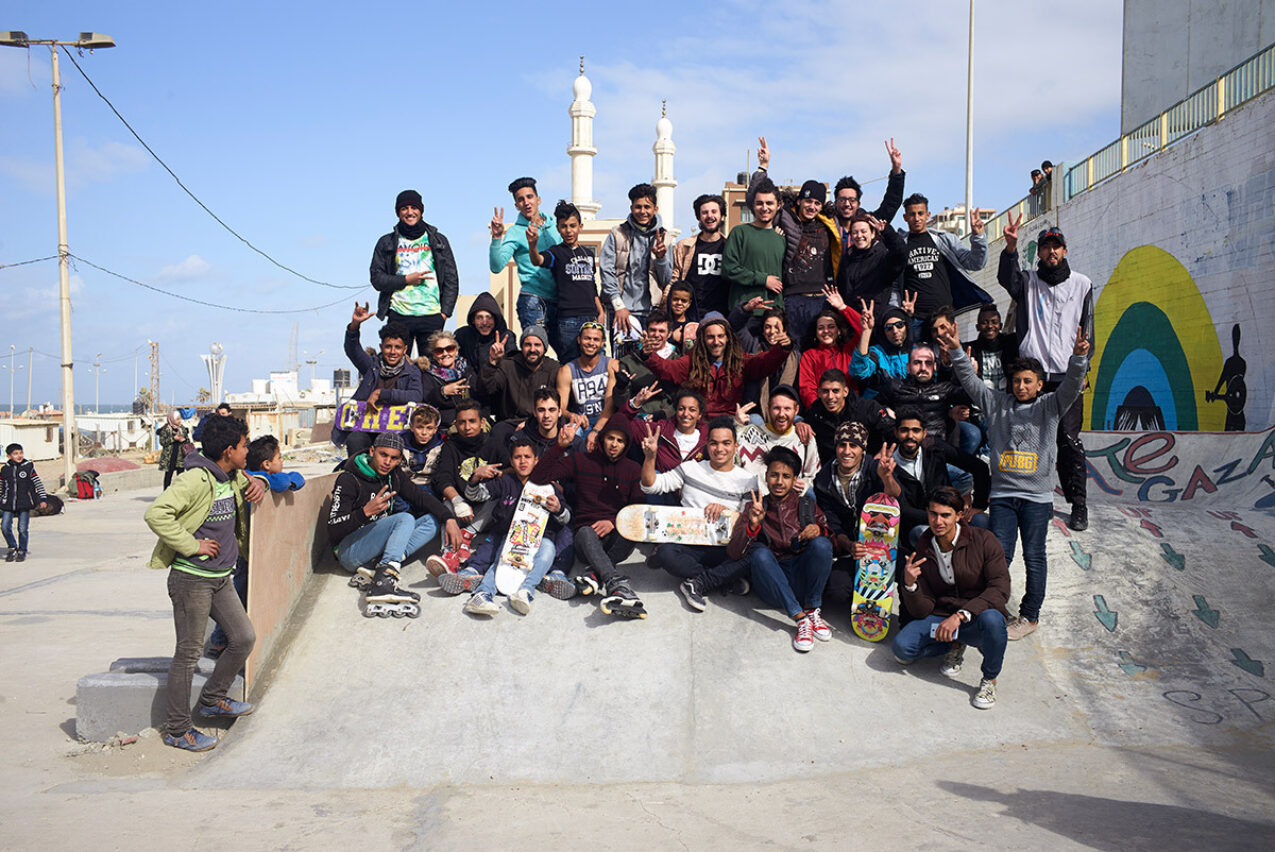 What had to be done? They already had a park and you helped renovating it, right?

Back then in Gaza they didn’t have a park. The first installment was a wooden mini ramp built in 2014 from the GFF guys. After that in 2018 they started to build more obstacles with concrete but with this second trip they couldn’t finish it. Last summer, with the support of Anti-do-to and its community, the GFF crew with André Lucat visited Gaza again and completed the work. The Ha’Ramba skatepark is born. Now the locals have a street DIY area with ledges, pyramid, banks, flat bar and of course the mini ramp.

Are there more projects planned in the future?

The GFF is now working on a project focusing on the women in Gaza. The skatepark has been incredibly important to understand better the needs of the local community, the issue of inequality and discrimination there. This problem became the new thing they want to talk and explore with the Gaza community. And at Anti-do-to, new social projects are coming soon…stay tuned during the winter!

You can still support this project going buy the Ha’Ramba capsule collection here.

This time SKTWK took place for the first time in Frankfurt and everybody knows, Frankfurt is a tough one.