We take for granted that, at every moment in time, an update on our favourite skaters is only a couple of swipes away. With his conscious decision to leave social media behind, getting an update on Kai Hillebrand's whereabouts, day-to-day life and quick fix of recently performed kickflip is not as easy as one would like it to be. In similarly analogue fashion to the way Kai decides to live, we followed him throughout a couple of days spent on tour in Stuttgart with his adidas Skateboarding teammates on i-type Polaroid film (and admittedly digital additional imagery). Like a true team player, Kaio could just as often be spotted with rub-brick, bondo and lacquer in hand fixing up spots for his team mates as he was skating himself. His approach to skateboarding these days is heavily influenced by the ease and fun that can be found in skaters like Mark Gonzales, as seen and discussed in Kaio's "Kuddelmuddel" Zine included in SOLO #44 "by Maité". To make full use of the rare online sighting, the artist formerly known @kaiobananacake gave us a quick rundown of his TOP 3's! 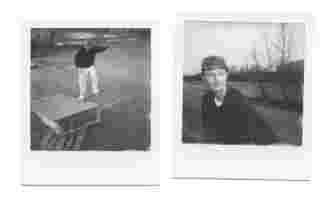 3. Head to the forrest

Tricks to learn at the bus stop? 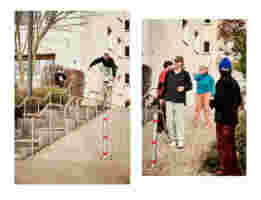 A quick over-the-rail hit, with a similarly quick dip as soon as the garden forks come out! 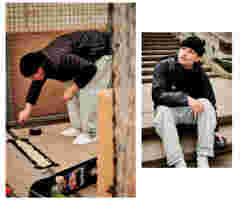 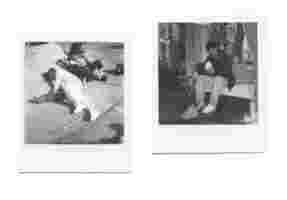 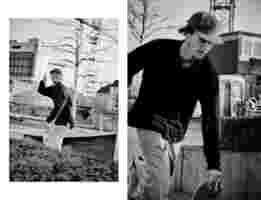 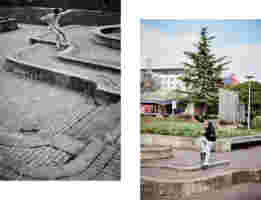 Kaio put a ton of elbow grease into getting this one going! Noseslide and Noseblunt on a newly rub-bricked and lacquered ledge. You're welcome Stuttgart skaters. 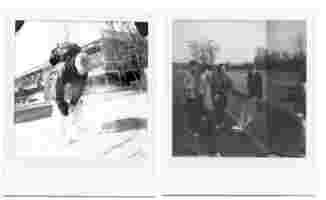 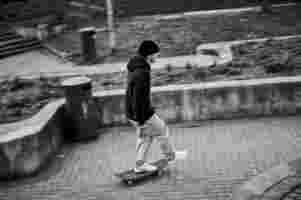 Cities to live in?

Grind up and into the bank on quickly buily DIY spot!

Songs to skate to?

Only giving away one!

We were longing for a haptic experience in these times of increasingly rapid digitalization.