It feels like at every Vans Park Series stop there is a new little girl that you’ve never seen before and that’s flying through the deep end like it’s nothing. With 21 years and two years of Park Series experience under her belt, Shani Bru almost counts as a veteran. But things are just starting off for her. The Bordeaux local has some higher goals in mind that she wants to achieve. And she’s the type of person who actually does the stuff she’s talking about.

How was it yesterday? How did you like the park?

I really liked the skatepark. That is the first time in France that we have a skatepark like that. For me it’s amazing.

Are you skating there at Darwin?

I’m skating a lot at Darwin because there is a vert ramp. I’m trying to travel a lot to skate other skateparks and find the best skatepark that I can skate.

Which one is your favorite so far?

For how long are you skating in the Park Series now?

I skated my first Vans Park Series two years ago but just continental. I got second. The year after I was like: “Ok I’m going to try the Pro Tour” and last year was my first year with the Pro Tour trying to do all the contests of the tour and this year is my second one.

How did you get into the Park Series?

It started because I was sponsored by Vans. I did the continental championship, I made it to the podium and then Vans told me: “If you want to do the Vans Park Series, we can help you to get there.” That was a really good opportunity for me.

Yeah, I went to China, Brazil, Canada, Paris. The last one is the finals.

It sounds like you travel a lot. Are you skating all those places or is it just the weekend and then going back?

With whom do you hang out in California?

I’m traveling with my boyfriend who is also skating and I’m trying to see all the girls from the tour living in California.

Are you just skating transition or do you also go streetskating.

I started in kind of a street skatepark, so I was trying to find street spots. But after I moved to Bordeaux I started to skate a lot of transition. But I made a trip to Indonesia a few month ago with Vans and I skated streetspots and I liked it.

So you think you’re getting more into streetskating?

How do you learn inverts? How does it work?

Some people are trying to learn inverts in tiny ramps, to just go high and higher, but for me it’s easier sometimes to learn inverts in a vertramp. Maybe not big ones but with a little bit of vert. Because you can go in invert upside down. That’s easier. It’s not so hard to land it. It’s that kind of trick that’s hard in the mind but you have to try it, try it, try it. If you go over the coping that’s good.

Do you have to be able to do a handstand to do inverts?

I can do a handstand but I think that doesn’t matter.

How did you get into skateboarding at first?

I started skateboarding six years ago. That was really kind of late cause now there are so many little girls skating. I was going to the skatepark because I had a lot of male friends. I was staying there, looking at them and was like: “Ok, I wanna try it”. At first I tried to drop in with my board into this tiny quarter and then to ollie from the manny pad. I was so happy to land it. That’s when I fell in love with skateboarding. It felt so good doing my tricks, even if it was really bad. I was doing something with my afternoon, not only watching the guys, so I was really happy about it.

How old were you when you started?

I think I was 15. There was this contest at my local skatepark. I was like: “I wanna do contests because everyone is going so good and trying their best.” I think because of contests I was trying to push myself.

And then at one point you got sponsored. How did that happen?

My first big sponsor was Vans. I think that happened because I did good at this Vans Park Series contest but before I had some sponsors and that was because I was posting videos during contests and so they were trying to help me, get me some stuff and I was really happy about it. After that I was like: “Ok, I want to have some other sponsors”. My dream sponsor was Vans. I was like: “I’m going to the Vans Park Series, I’m going to get on the podium and then we’ll see”.

You stick with what you claim. 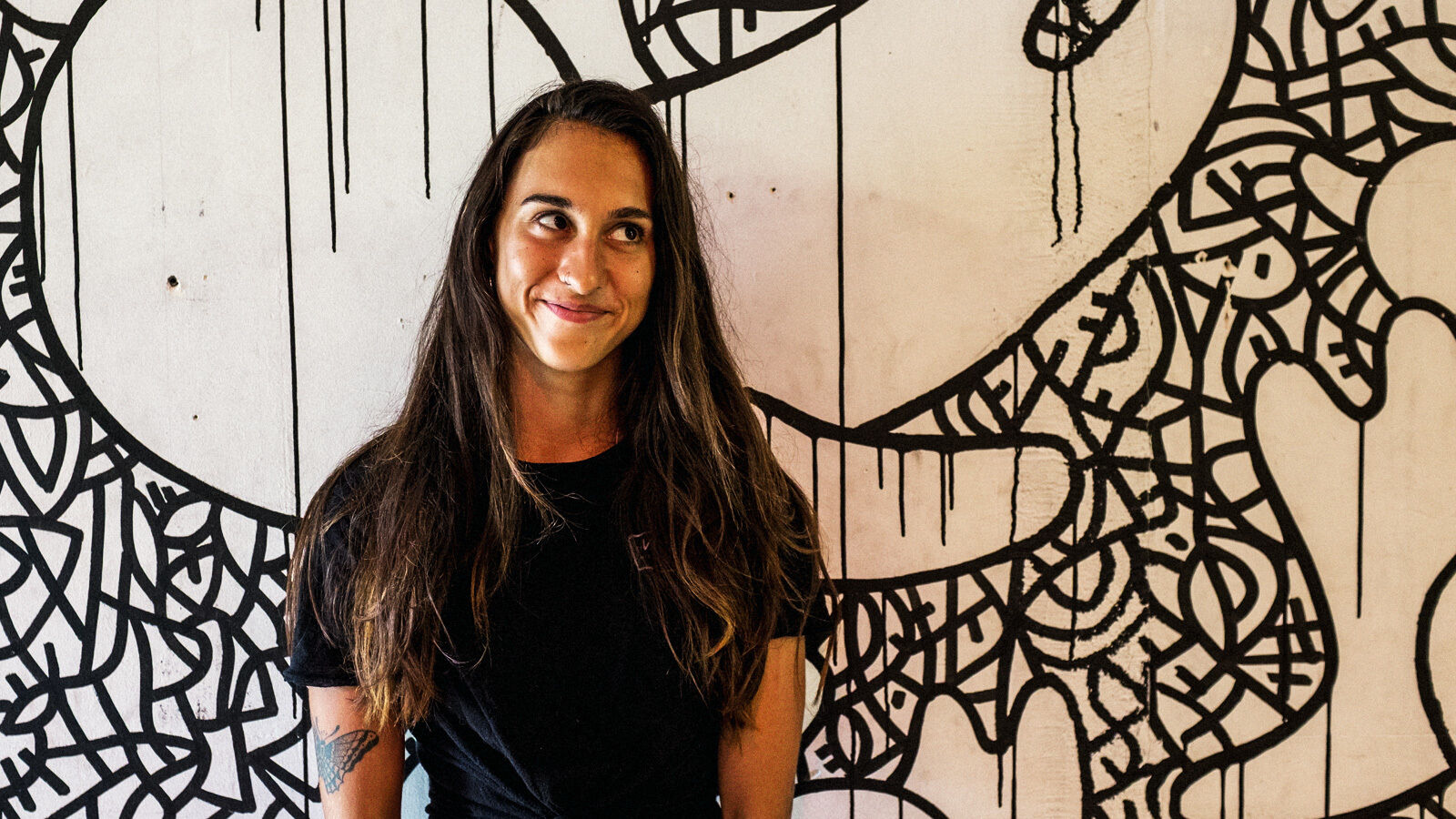 What are your next goals?

I’m leaning frontside inverts. I can land it on vert but I want to do it properly and in a contest. So I’m working on that and I got so many tricks in mind. That’s why I’m so motivated about skateboarding, because there are so many tricks to learn.

Lots of stuff to learn and the women’s scene all over the world is growing more and more. What do you think about the European scene?

As you can see here, there are so many little girls skating, really good. I saw these girls last year at the continental championship and it’s crazy how good they can become in one year. I think we can get some really good skateboarders in Europe and because we got this kind of skatepark, they can get even better.

So you’ll be here a lot?

Yeah… ohhh yeah! Because I was coming to Paris sometimes during the week to skate with my friends and now I got another motivation to come. I live just a two hours trainride from here. That’s perfect.

You said you moved to Bordeaux. Where are you originally from?

I’m from Bergerac. It’s a little city not so far from Bordeaux. That’s kind of more mellow and Bordeaux is more interesting. More people, more parties, more skating, more everything, and I came there for studying sports.

Is there a lot of time for your studies or does it get more and more with skating?

I’m skating more and more. I’m starting my fourth year studying and the more I skate the less I study. I have kind of a contract with my university. They say if I’m skating and doing contests I can study less and get the different exam during a few years and not one year. So that’s good because I don’t have so much work to do. I can go skate and go everywhere. I’m studying a lot in the plane.

What is going on in the future? How do you see your next five years?

Maybe I’m planning to go to California because I love California.

I don’t know if I would like to live there but maybe go there for six month or something because I have so many friends and family there. Maybe in the winter going to California and skating with good skaters. I need motivation to see people skating and try to get some tricks like them. I think I will still be doing contests because I like doing contests… maybe less. I don’t know. I will just try to become better and better. I think skateboarding is a question of experience. If you keep skating you’ll get better and better, no matter of your heritage.

Are you also working on a project, like a part or something?

No. I hope I will be able to travel again with Vans and do some trips, filming some stuff, taking photos and I will see… maybe the Olympics, but it doesn’t really matter. I’ll try just to do my best and if it doesn’t work out, it’s ok because I got some other things to do and I think I’ll just try to stay with all these incredible people in skating.

Volcom – Where are we going?!

Volcom – Where are we going?!