What is the most played song on your iPhone?

If you were invisible for a day. What would you do?

Walk around. Go places that I am not supposed to. That I couldn’t go before. Maybe go on top of a building. 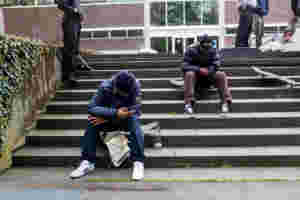 If you could meet anyone living or dead. Who would it be?

Probably some kind of Egyptian Pharaoh.

What do you miss about being a kid?

Not as responsible as you have to be when you are an adult.

If you could be any fictional character. Who would you be?

If you could witness any event past, present or future. What would it be?

If you had to change your first name. What would you change it to?

I would never change my name. My name is amazing.

It’s not that common right?

I don’t think I would wanna marry a celebrity.

I would rather marry someone that I love. People do fall in love with celebrities but I don’t thing I am.

If you could instantly learn any skate trick you want. What would it be?

Maybe just like a huge frontside air on a ramp. To some shit like front tail or something. Just to be able to air super high on transition.

Do you skate big ramps?

If you were reincarnated as an animal. What would you want to be?

Maybe a hawk or an eagle.

What career did you aspire as a child?

To be a pro soccer player and then I started skating and I liked it way more.

Do you watch US or European football?

I watch a lot of English Premier League, a little bit of League One, the French league. I don’t really watch German.

"Getting nothing is the weirdest present"

Who's the most famous skateboarder whose number you have on the phone?

Legend. What was the weirdest present you ever got?

Nothing. Getting nothing is the weirdest present.

I know somebody who got an invoice as a present.

How often do you clean your ears?

I use it a lot but I think I could live without it.

Someone you trust with everything?

What was the best day of your life?

My friends and family.

Which school subject you were good in?

The first thing that comes to your mind when you think of last summer?

I don’t know. I'm kinda high right now. I thought I would be a little more chill.

The Art Of Skate

The Art Of Skate