Robotron Skateboards were on the road in Lyon with a bunch of young guns and the new TM Patze (Pascal Kurth). Besides the video release we talked to Patze and Robo rider Lutz Schreier, who is almost like an own son of him, about the trip and the new setup of the Cologne based brand. Robotron has been around for a long time and if you look at the clip as the new guys in the team, who complement Kalle Wiehn & Niklas Speer of Cappeln, they will be in the near future, too!

Hey Boys! Looking at the video, you have some new people with you. Apart from Instagram, some of you never had Robotron footage before.

P: Yes! Lutz and Tim (Janke) have been on for a while. Dani (Giesecke) and Leo (Mattasits) are flow. Leo, for example, did not know how it's like to be on tour.

What was with the boys who have been on Robotron for a long time? People like Kalle Wiehn & Niklas Speer from Cappeln were not there at all.

P: Yes that was fucked. Niklas was prevented and Kalle was injured. In addition, Justin (Ernst), who is also new on Robo and will soon have a welcome part together with Lutz, was also injured.

In general, this is a pretty new line-up, which rejuvenates the whole team. If you think of the old team with Daniel Pannemann and Fatos Veseli, it's a very different picture.

L: Wow, I haven't even thought about that yet! (laughs) Right!

P: And you are the youngest! (laughs) But yes, it's really like that, that this is actually so slowly a new generation. Many of those who haven't only been with us for about a year are all around 30. 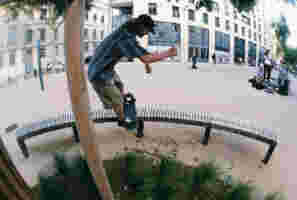 You (Patze) are also new in your role as team manager. What was it like on the first tour together? How was the vibe?

P: I know most of the boys for a long time. Tim was already a few times in Cologne and twice with me in Barcelona. Dani and Lutz live here in Cologne and we are always on the road. So we are cool anyway. Leo was a bit shy at the beginning, I grabbed him on the first evening and told him that everyone here is cool, doesn't bite and he doesn't need to take a back seat. From that point on he was more relaxed. It's my job to make everyone feel comfortable.

A TM like you'd find only in a book!

P: (laughs) Yes, it was definitely new territory for me, too. I always thought it was just bad when I had to play the bourgeois and forbid the next beer in order to keep an eye on the budget. But I think in the end everyone was happy!

Why did you actually go to Lyon?

P: We first wanted to do a BeNeLux tour or go to the Eastern Bloc. But Covid still controlled a lot at that time and then it had to be planned rather spontaneously. Micha, besides me also as a filmer on the tour, knew a spot guide and therefore the decision was easy.

Is he the one with the guest trick in the video?

P: No! That's Luuc. Absolutely crazy guy. A real stunt man who dropped every rail and generally took every drop. He could speak broken English just like me and we communicated with hands and feet.

L: Actually Luuc was like Dani only in French. They also look exactly the same! (laughs) 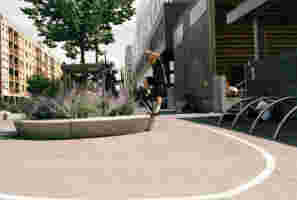 What did a day in Lyon look like for you?

P: First to the nearest supermarket to get utensils for the prison sandwich (untoasted, salami, cheese and sometimes salad). During the day we went skating in the city and in the evening we hung out at a place with a view over the city where all the young people meet.

L: It was cool that you could then take a downhill from the place. That was so fun and ended the day perfectly.

Patze did you also ride downhill? (laughs while thinking of Patze taking a downhill)

P: Are you Jeck!? (expression from Cologne originals to say "crazy") I took the stairs and walked.

L: But it was cool. With the downhill you got off more or less directly at Hotel De Ville.

Did you skate a lot at Hotel De Ville? Quite a lot has been done there. For filming, the spot is already dead for some people, like MACBA.

L: We didn't really care about that. We just wanted to take good footage with us. I, for example, don't really care if some tricks have already been done on such an iconic spot. I just want the clip to look good. 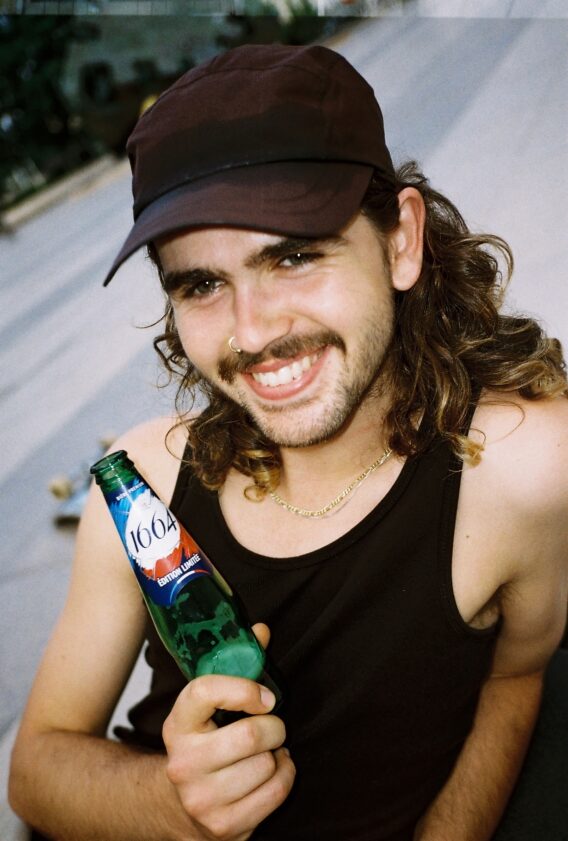 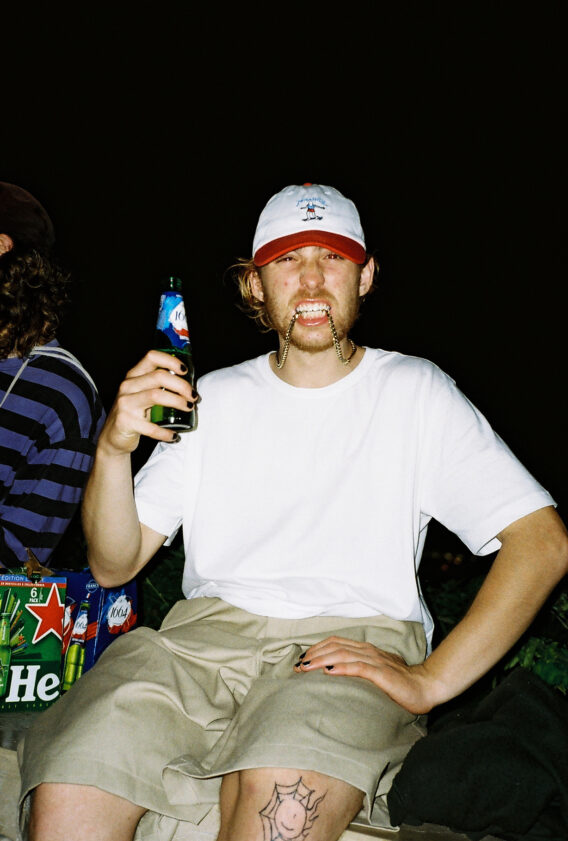 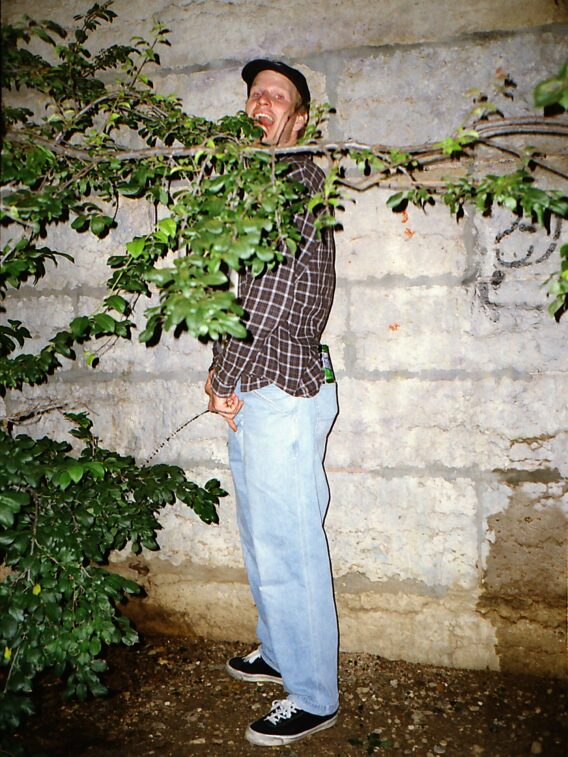 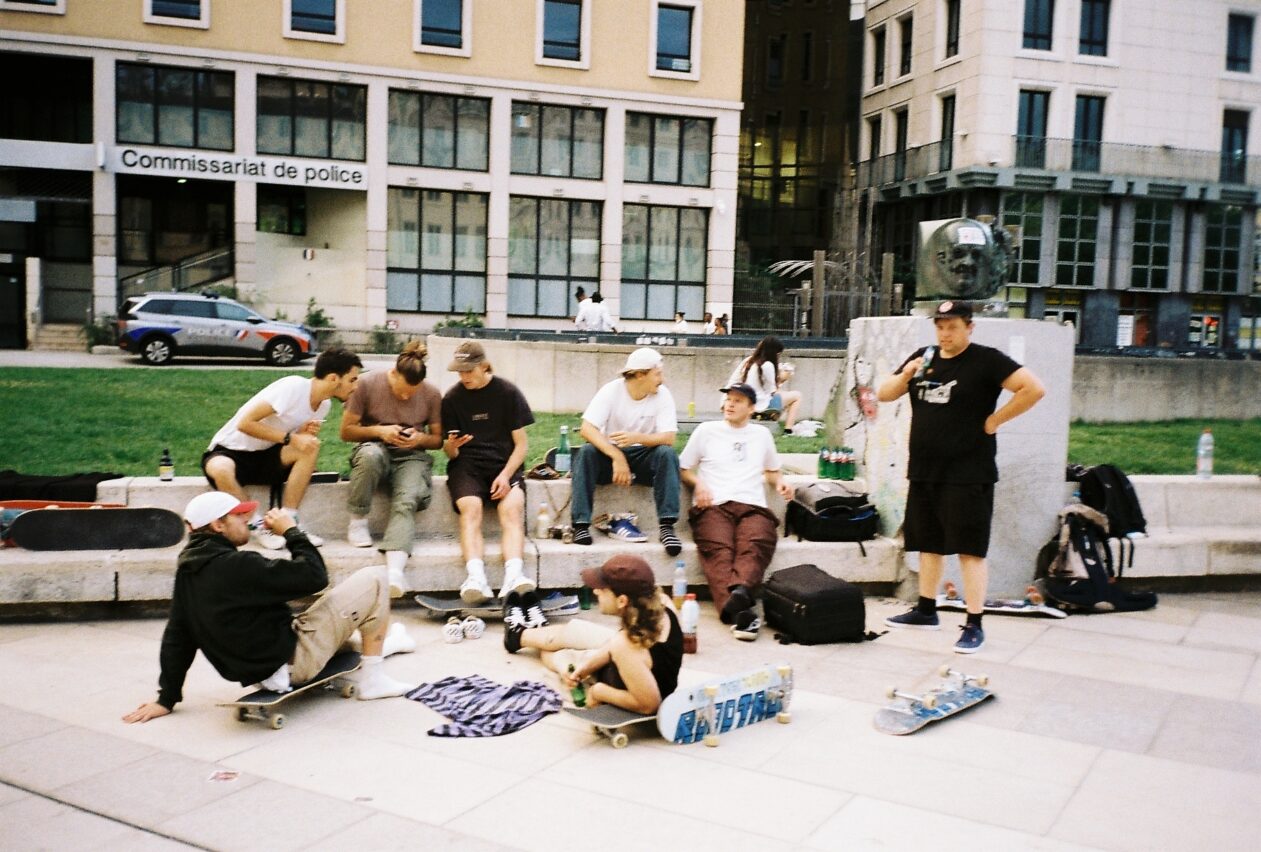 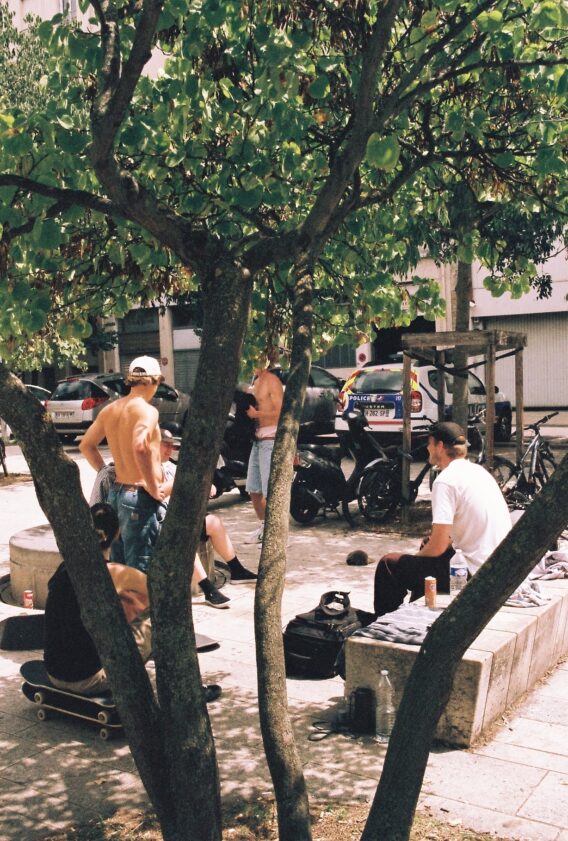 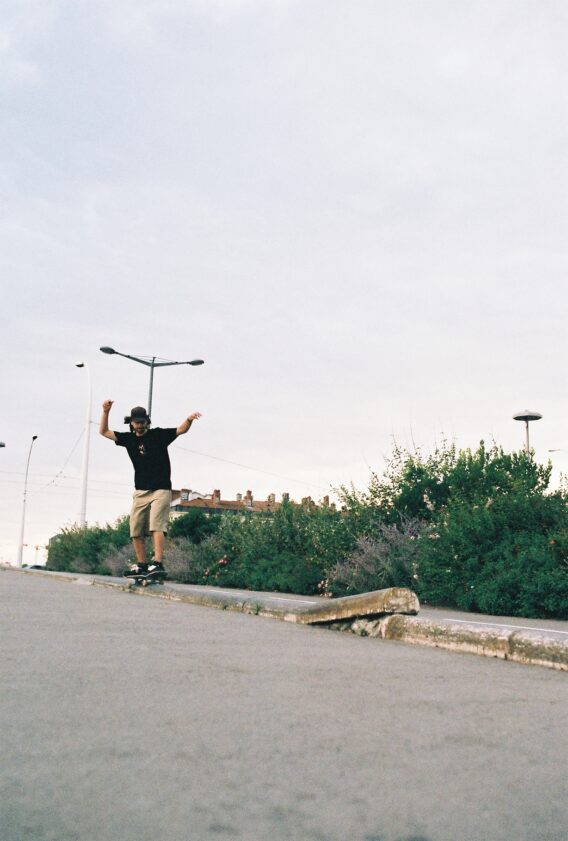 As we can see, there is a lot output! Who was the most motivated on the tour?

P: Definitely Lutz, until he broke his foot!

L: That was dumb. It hurt, but I thought it was still possible and I skated. Then I filmed another line and from then on pushing was more chilled than walking. Then I knew that I was screwed.

Well. Since I saw you already skating again, everything seems to have been worth it!

L: Yes! We definitely had a lot of fun and the best time.

P: That's why we want to do this more often now. We want to film with the whole team and release videos more often in the future! Stay tuned!

This combination of skater and filmer is, as always, a feast for the eyes.

Robotron were in Athens last November and have just taken over the whole city.