Pedro Barros undeniably is one of the hardest transition rippers out there. If you ever saw him live you know that he’s on his own level. To quote a famous Scooter song: Faster Harder Barros! We had the chance to meet him for a chat at the Vans Park Series in Malmö.

You won a lot of contests and X-Games medals in your career. What does winning a contest mean to you?

I’ve always looked at contests in a way that they make me grow as a skater. Sometimes you’re able to do things you didn’t expect, because of the adrenalin that runs through your body at that moment and because of the crowd, the music, the people that you’re skating with – that feeds my soul in a way. Maybe it’s like a drug. I get really high on adrenalin when I’m doing that. It feels like I’m in a battle or something, but in the end it’s all fun.

So you skate at a higher level at contests compared to just skating with the homies?

Of course there are sessions with them, where I skate better than I do at contests. But when you’re with your homies you’re just skating and maybe someday you’re gonna do good but you not gonna have the intention to pull a whole run with a lot of gnarly tricks. In a contest you sometimes end up putting five super hard tricks together in 40 seconds. I know those tricks now and I can do them in any session and any place, because of the contests. Contests are a way of pushing your limits in skating. Of course having fun and making a living out of it. It’s perfectly normal if you don’t like contests and the pressure. But I grew up in Brazil. The reality there’s way different and I was able to drop out of school in 8th grade, have my first car, my house, and everything I have in my life, because I did well at contests. Of course the sponsors help a lot but if you’re doing good in contests you’re always getting a paycheck.

"The industry doesn’t accept a Brazilian skater as they accept a good American or European skater."

There’ve always been a lot of Brazilians that were traveling to the big contests and trying to win them, so they were able to make a living. Do you think that’s one of the reasons there is so much talent in Brazil?

It’s not just because of the contests and because they need the money. Things don’t come easy in Brazil, it’s not easy for you to get your first skateboard or to go to a skatepark and skate the whole day. It’s not easy to keep doing that your whole life. You guys are all first world countries. You’re probably not gonna starve at some point in your life. You always gonna have conditions to have a nice shirt or shoes on. In Brazil it’s not like that. Where I’m from it’s different. I’m from an island where the living is way more laid back, but in places like So Paulo, the reality is tough. A lot of gnarly skaters from Brazil come from places like this. Luan Oliveira comes from a ghetto in Porto Alegre. His skating got him everything, that’s why he puts so much love and passion in it. I think that’s kind of the conception where they take advantage of the opportunity at a contest. Especially also because the industry doesn’t accept a Brazilian skater as much as they accept a good American or European skater. I think even for the Euro it’s a little different. If you’re a natural born American skater and you got style you don’t need to win a contest to get the attention from the people. The easiest way for a Brazilian to conquer his space is to go to a contest and show what he’s got. Even if you don’t win and you do some gnarly shit people might see that you’re good. 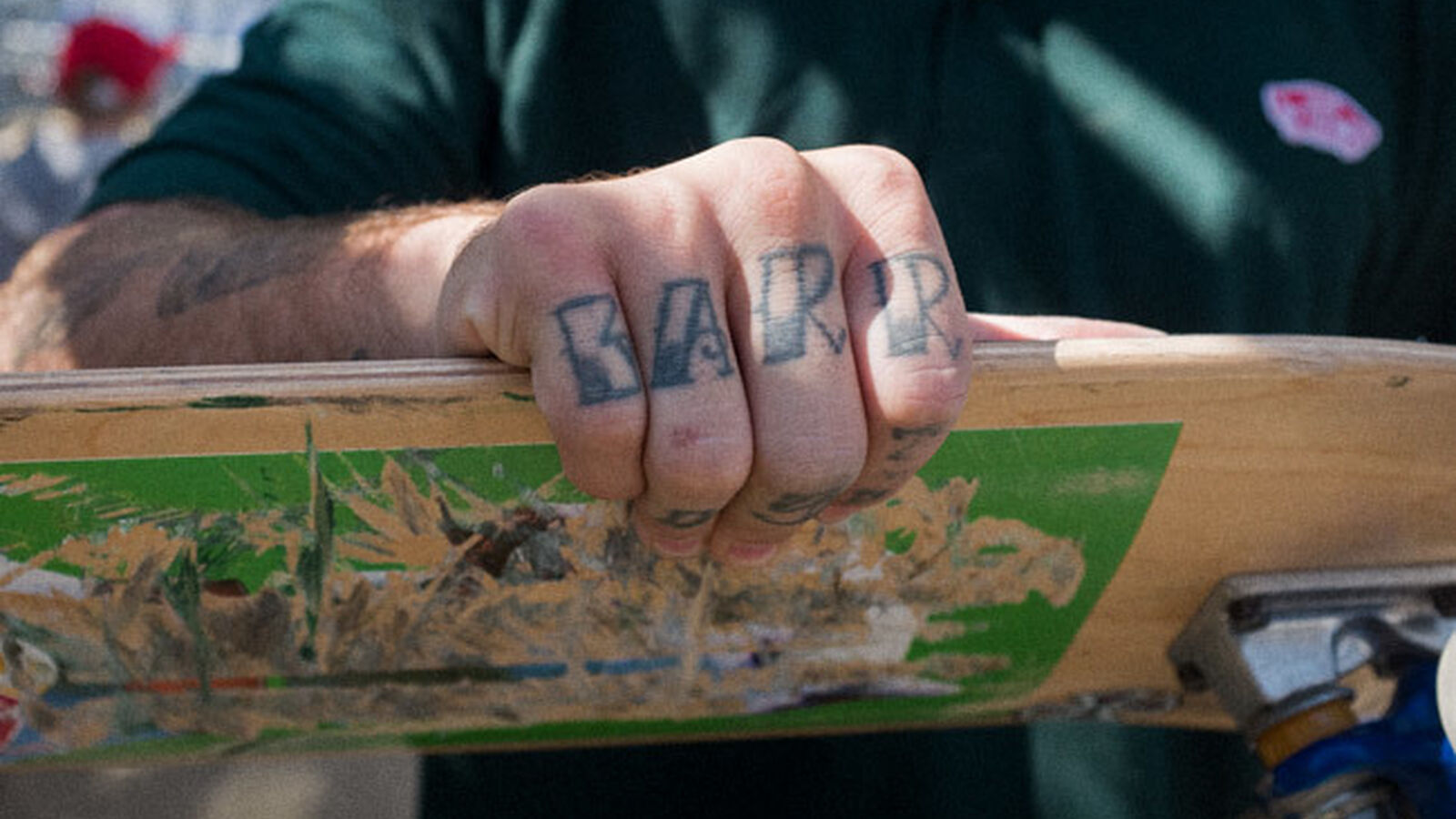 I once read that skateboarding in Brazil is the second biggest sport behind football. Is that true?

That’s the crazy thing also. Sometimes people see Brazilians come to contests and they think they’re just contest skaters, but there’s a big culture. They live the skateboarding life. They go to the streets, do graffiti, play music or whatever. There’s good Brazilian skaters that are contest skaters, like myself, Luan or Kelvin [Hoefler] but there’s some underground Brazilian skaters that are gnarly. Brazil is really big in skating and it has always been. For sure now with skating getting more popular with the Olympics, Street League or the Park Series, it’s even getting bigger. Also now that you can see everything that’s happening in the whole world it became a lot easier. Back in the days, it took two months to see a video that came out. Maybe a guy went to the states and brought it with him. I remember when I was twelve I skated miniramp with pads. Then, I went to the states to a miniramp contest and none of the little kids were skating with pads and I thought: “What am I doing? I look like a fucking geek.” Right at that contest I took my pads off, but I needed that trip to actually see that. Now the kids just go on Instagram and see what the reality in skating is.

I always asked myself how it is possible that nowadays all of you guys are doing the craziest tricks in bowl without pads?

We’re human beings and we’re adaptive. We’re capable of doing so much shit that we don’t even know yet. You see someone doing it, then you start learning it yourself. And all of a sudden, there’s a whole new generation coming up and they aren’t wearing pads. You see little kids like CJ [Collins] doing airs that are six feet high with no pads. Of course, accidents can happen. I’ve already broken myself doing the easiest shit on earth. I think skateboarding is more and more blowing our minds, because it’s insane what people are doing out there. You see street skaters saying, “Wow, you go up and do six feet airs” and I’m like, “Man, you’re going down a 20-stairs rail. Maybe you should be wearing pads for that instead”.

You still go streetskating a lot?

Skateboarding for me has never been divided in street, bowl, vert. It has just been skateboarding. I always like to skate street one day, skate bowl another day, skate a miniramp, skate a downhill or whatever. You got so much things that you can have fun with in skating. It’s infinite. Sometimes I go out and I just carve around with some grinds. Right now I don’t need to film any gnarly video parts, so I’m not going to the most insane rails and, of course, I try to keep my body in shape, so I’m not gonna break myself off going down rails, but if it’s the right moment and it’s the right place I’ll throw myself out. I just wanna skate.

Helge [Tscharn] told me that it all started for you with your father in Australia. What’s the story behind that?

Australia was a big point for me. But before that I was in Brazil. The little crew of friends that my dad had around was really deep into the skating scene of Brazil back in the 80s and they went to Florianopolis, because it was a good place with beaches and nice living. That’s where I grew up in skating. I lived there until I was six years old. Then my dad wanted to take me and go to Australia. It was a first world country and he wanted me to learn English and show me a different place. There were so many skate parks, so many people skating, and so many kids. That right there was the motivation for me. Maybe if I got taken to a place where there wasn’t skating, I would have become a soccer player or something. At the time people like Tony Trujillo and Omar Hassan were competing in bowl contests there. I remember that I crashed into Tony. I was skating in one part of the park where I wasn’t even allowed to be skating at that moment. He just came in flying high and we fucking smashed. I just looked up and was like: “Sick, it’s Tony Trujillo”. You know, he was a super hero at that time. It was a big time for learning what skating really is. When I got back to Brazil, the scene was already bigger there. A couple months later we built a vert ramp. From that on it pretty much got to what it is now. I think it’s probably one of the biggest skate scenes in Brazil.

"Skating gave me my lifestyle and I don’t see any better lifestyle, because it makes all the simple things valuable."

It seems like it’s always skating, barbecues, and making music over there.

We got this big group of friends. It’s cool, because we’re all from other generations and we all met at the same place, cause everybody lives the same life with making music, skating, and surfing. I feel like everybody over there connects so well, because we’re all skaters and we like music. For me it’s the best possible life. I’ve been a lot of times to the states and Europe because you need to travel to live off skating. But we are RTMF – Rio Tavares Mother Fuckers and we’re always gonna be there. [laughs]

Skating even brought you to the Laureus Awards. Isn’t it weird to be there wearing a suit?

It’s crazy. I don’t need it, but at the same time you’re like: “Fuuuck”. I was looking at Usain Bolt and was like: “Man, it’s fucking Usain Bolt!”. He’s a legend like fucking Batman and he’s right there. Skateboarding brought me from literally nothing to a world-class event where you can look up to the biggest idols of your life. I know skateboarding brings joy to the lives of so many people, so I wanna be able to help people who don’t have joy in their lives. Skateboarding is not just a sport, it’s a lifestyle, which is even better because it’s way more than a sport. The sport already takes a young soul from bad shit, so imagine a lifestyle. Some kid that grew up in a favela watching his mom and dad selling drugs, and here he might be able to have a whole new life because of skateboarding. Skating gave me my lifestyle and I don’t see any better lifestyle, because it makes all the simple things valuable. A different trick is probably better than buying a new car is for a businessman. 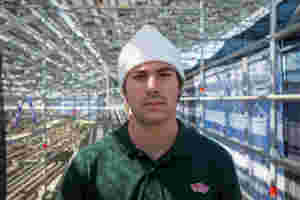 Watch out and hold on: three, two, one… ignition! Doobie is coming with full force!

Remember the Geoff Rowley Pro? The new shoe is like a 2019 version of it and we love it.