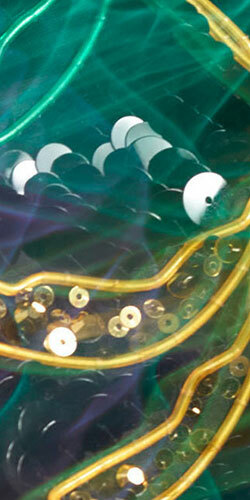 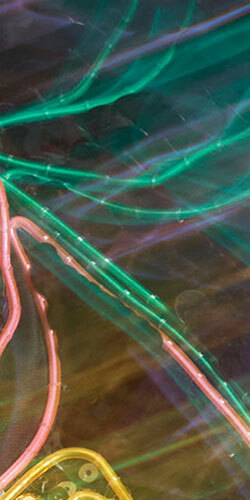 It’s hot in Barcelona and Ulph Andersson is sitting inside in front of a fan. You’re allowed to go out again, the lockdown is over, but he has to do some work. Together with filmer Damià Tesorero he also was pretty active during lockdown and managed to film a part, even though he was just coming back from an injury.

Hey Ulph, can you introduce yourself?

I studied music production when I was younger and then worked in a warehouse in Sweden for years. When I was 25 I was focusing on getting a higher salary and buying an apartment but then I realized that I wasn’t really enjoying life. All my friends went skating to Barcelona and I was staying afterhours at the warehouse, skating a flat ledge by myself. Then I quit my job and went to Barcelona. That was six years ago. I never really tried to become something in skateboarding but when I arrived I realized, I can still do this. I filmed more with the Sour guys and all of a sudden a videopart of me got posted and got on Transworld. It was a dream coming true for that woke up the hunger in me. Then things took off really quick. Creature was on a Euro tour. I was skating with the filmer Jack Thompson showing them spots and he invited me to come skate with them. So I got hooked up with Creature and that was so big for me!

What is your status on Creature?

Last summer I became a full blown Am. They really put me on the team and invited me for a Euro trip.

And recently you got a Free cover with this massive switch boardslide. How did that happen?

Lets talk about the video. How was the lockdown for you?

For me it started with filming with Damià trying a trick till I ate shit. When I pushed away I felt that my leg was really wet. I rolled up my pants and saw this huge hole in my leg. So I had to go to the hospital, and got 8 stitches. It was two days before the lockdown and one day before my girlfriend had surgery at the hospital. So we both were stuck in bed for the first two weeks. You were only allowed to go out for groceries anyways. People got fined for walking their dog to far from home. The 360 flip lipslide was the first thing we filmed for this clip. I had to film with a shinguard. And we were only allowed to go out early in the morning or late at night. So we started filming when I tried to get back on the board – in these completely messed up hours. But we wanted to do something in those special times and looking at the edit Damià did, it tells a story. Some of it might not be my best but for us it tells so much more about what we were going through at that time.

"We got busted and the cops said, you can skate but you have to go to the skatepark. But the skateparks were closed…"

In which way was the filming different? Were you able to film at spots you couldn’t skate normally?

Some spots were easier to skate cause everything was closed and not many people were outside. But you had to be able to show the cops that you’re working out and not doing something illegal. So it was good to go to places where you know you would be able to skate cause cops were handing out fines everywhere. You weren’t allowed to go to far away from your home. But with skating we didn’t have to much trouble. The government actually said that skateboarding and surfing is allowed. But it happened twice that we got busted and the cops said, you can skate but you have to go to the skatepark. But the skateparks were closed… But they still were like: “Yeah, but that’s the only place where you can skate”. Some cops don’t care and others just bother you because they’re bored. And yeah, getting up super early to get a trick forced us to plan a bit more. It’s been tricky and I’m really happy that we don’t have this hours anymore.

And as you said, the spots had to be close to your home.

Yeah, you weren’t able to go with the metro, unless you really had to. If you had to go to a store across town you had to call them before so they wrote down your name and you had a date there. But now we can move around in Catalunya and the airports are slowly opening up. I love to be out in the nature so that has been rough.

How long did you film on this part?

Maybe two months and within that we had the hours in the morning or the evening and basically filmed one clip and went home.

Did you skate more in the morning or the evening?

We started in the evenings but it got dark really quick and I don’t like filming in the dark too much. So a lot of days I was up at seven and went to a spot before work. That was new to me. Here in Spain you can basically skate everyday. I’m not used to this: We have to get this now! It was motivating but a bit stressful.

Talking about motivation. You seem like such a positive guy. What’s your tip to go positive through a year like 2020?

One of my mottos is: Don’t let things that you can’t affect, affect you. Accept that those things are there and let them go. Instead you can focus on the problems you can affect. How can I be upset about being injured? It happened, it’s there but I can use the time now to do other things. Move your focus. I used the time to learn how to edit skate videos. If one door closes, another one opens.

"My main inspiration was to ...

Photographer Dela Charles Lampacher went on a journey to document her view on architecture, urbanism and skateboarding.