Leo Valls was one of the main inspirations for our Skate Urbanism issue. He was also the driving force behind the change that turned Bordeaux into a skate friendly city after years of no tolserance for skateboarding at all. But what he did so far with the Play project was just the start. There’s way more to come. Actually there are 17 skateboard projects planned and now the first two have been realized. That’s why it was time to catch up again.

How is working with the city going?

Last year, after we set up time frames for the skate spots that were previously forbidden to skate, we worked on a skateable sculptures exhibition in public spaces. The sculptures were a test, and that was a way to see if the different uses of the city would mix well together with skateboarding officially included. Luckily it was a success. A bunch of people came to Bordeaux to skate the sculptures and the DC crew produced this documentary that got premiered at a local museum. The next step for us was to integrate skateboarding in the development of the city, which means long-term skatespots... Remodeling the city to make it skate friendly. What we did with my colleague Arnaud Dedieu and Dedication, our agency specialised in skaturbanism, was to work on a masterplan to integrate skateboarding in the upcoming urban projects of the city for the next six years. We met the city services departments, elected officials and planners, and studied together if and how we could integrate skateboarding in the upcoming urban projects. Sometimes it just wasn't a good idea, but sometimes it was obvious that it could be beneficial for all to have skateboarding in these projects. With this masterplan we were trying to have a global vision for the city, to think about how people could skate from one spot to another and cruise around town, but also make sure skateboarding would blend well with the other uses of these public spaces.

"With this masterplan we were trying to have a global vision for the city."

Did it start with Terrace Koenig?

Yeah and it’s quite exciting cause it’s the place where skateboarding was born in Bordeaux! I found a bunch of archives from the 70s and 80s where people brought their ramps to skate there. The city skate-stopped the plaza in the 90s, now it has become skate-friendly again. It’s quite symbolic to remodel this spot! 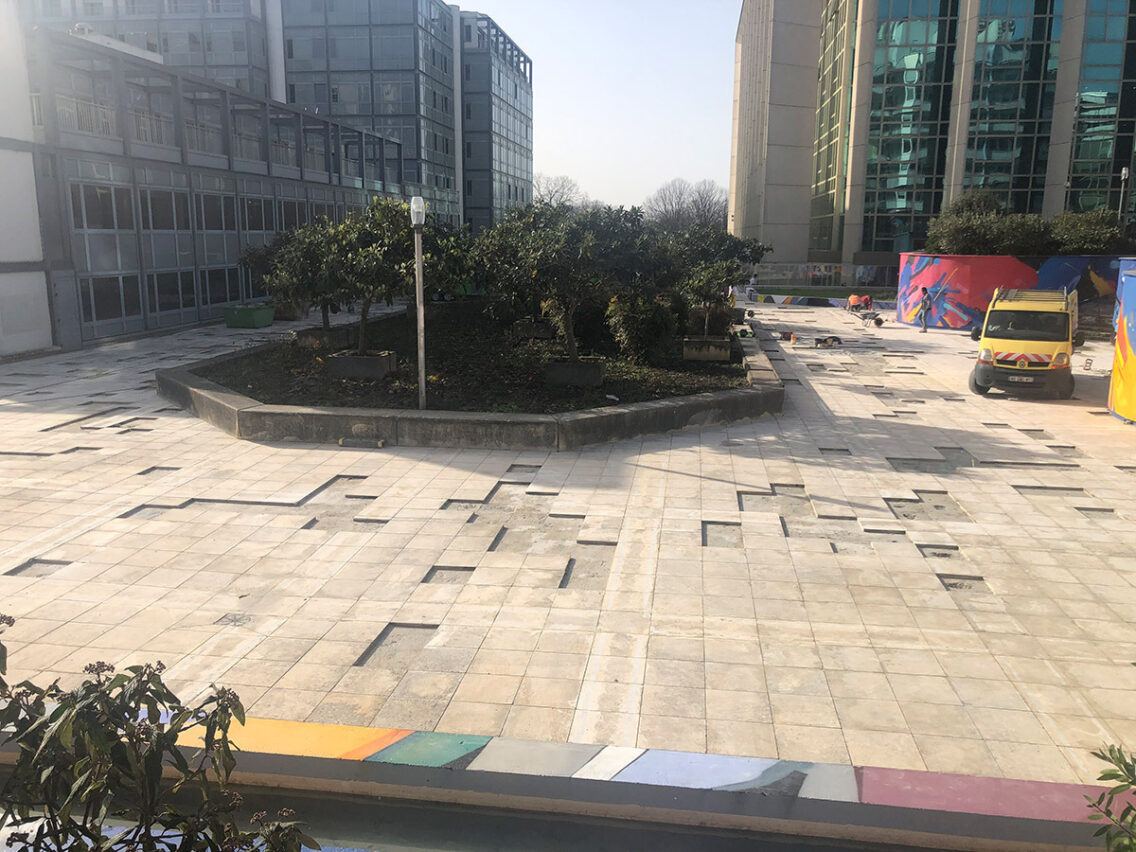 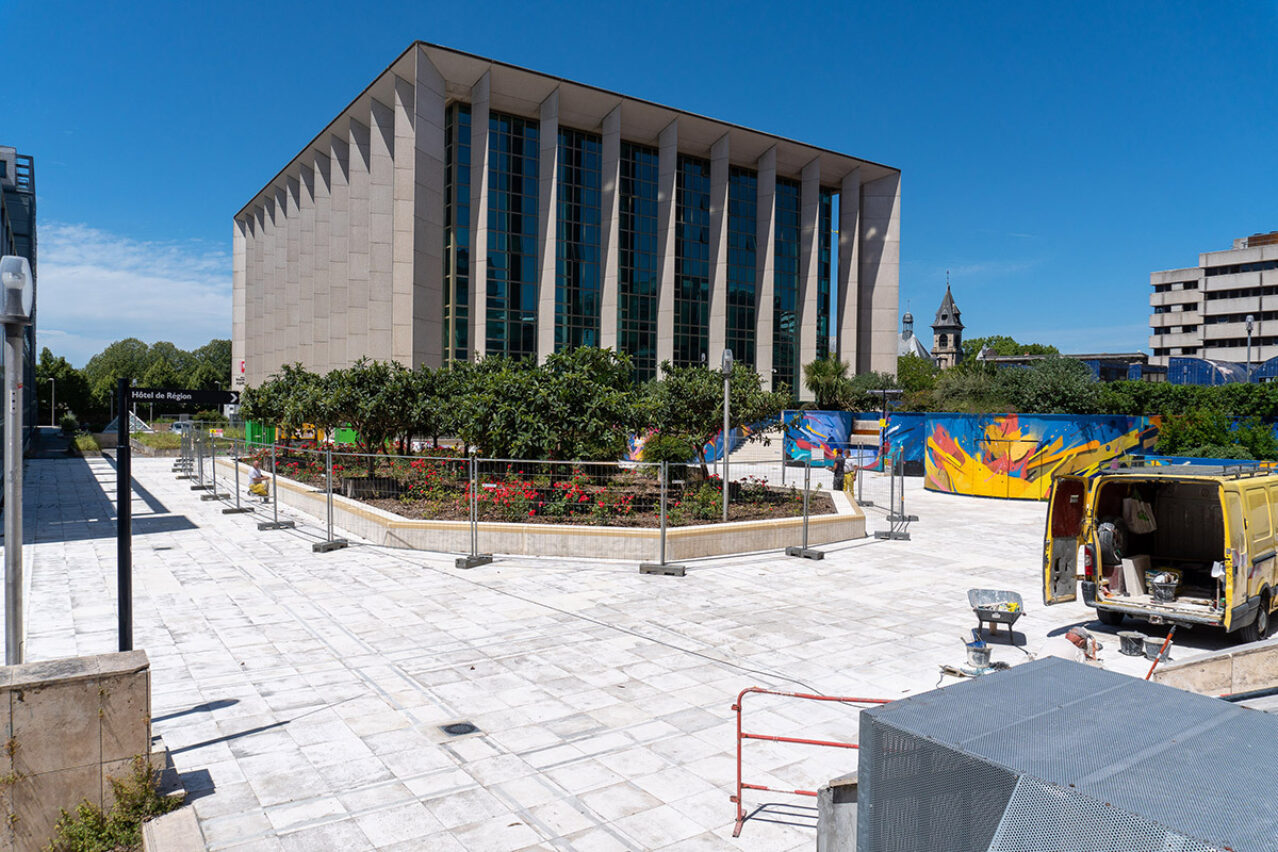 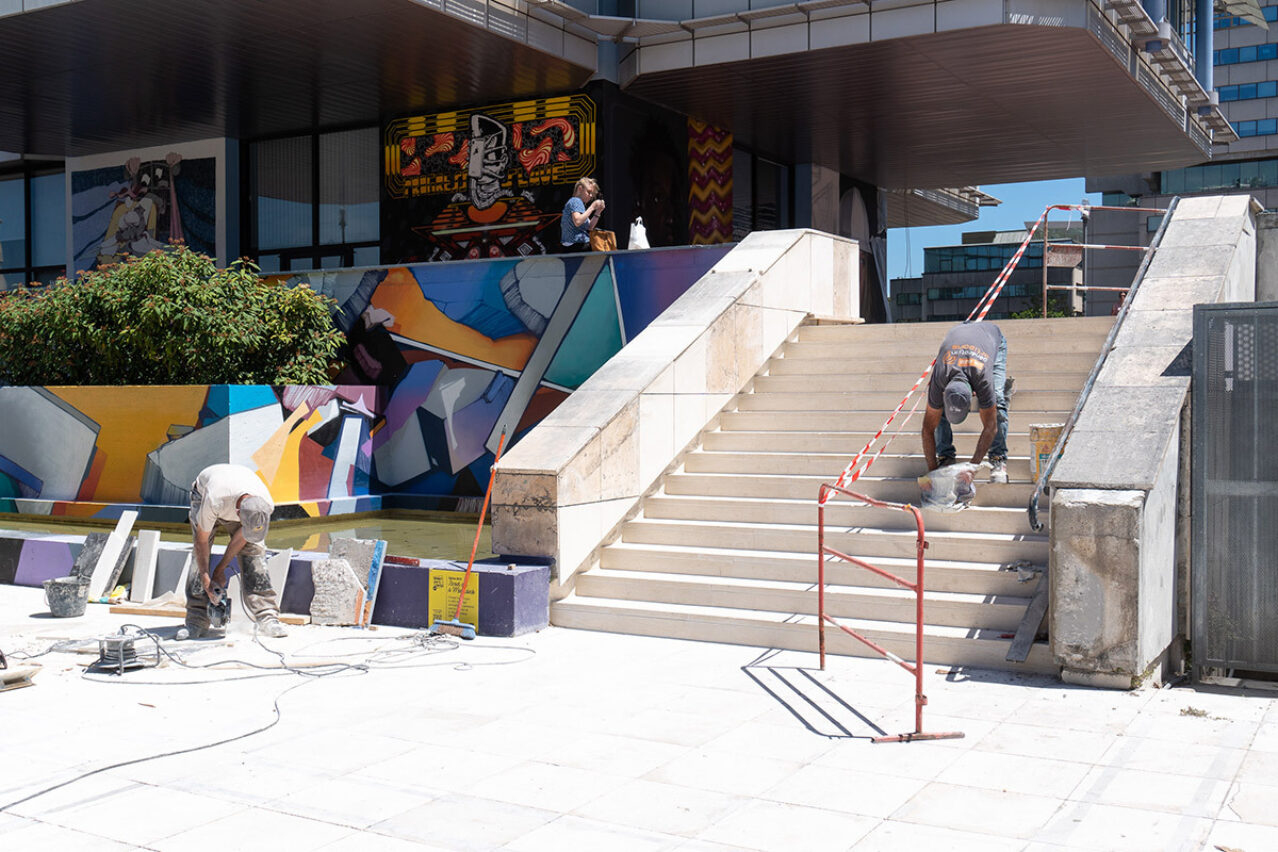 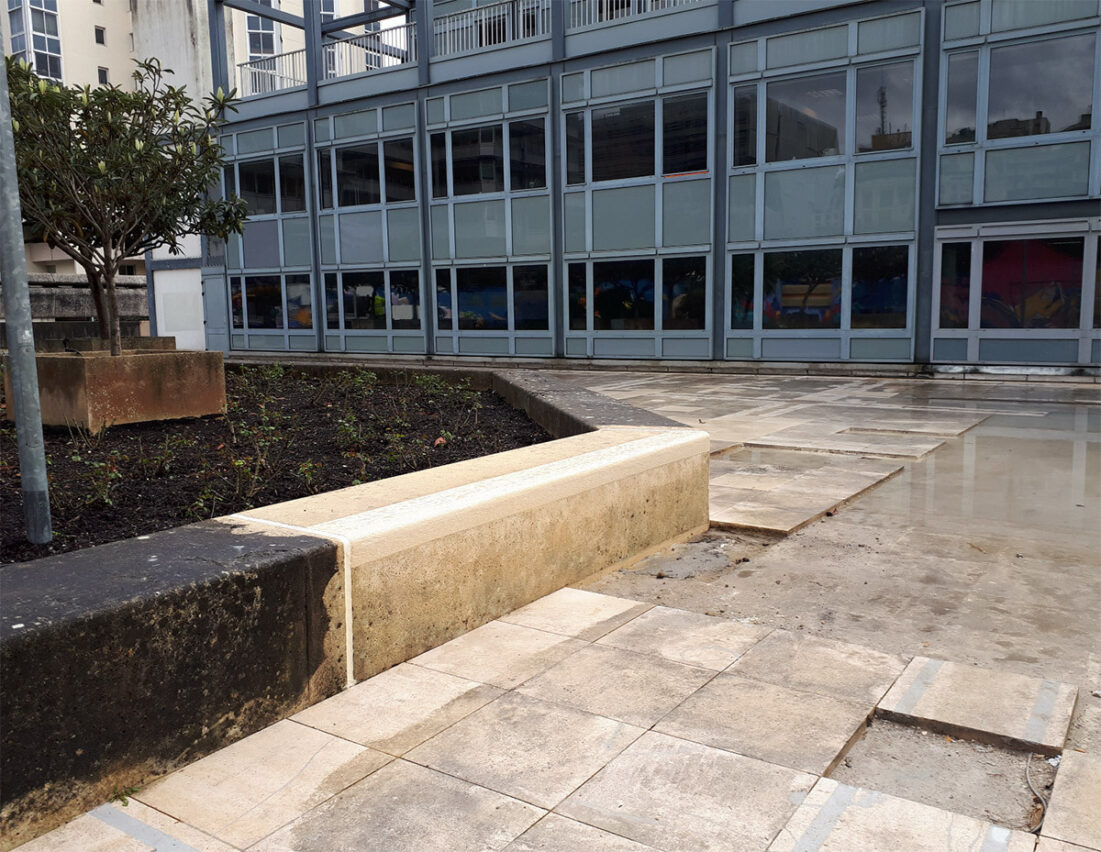 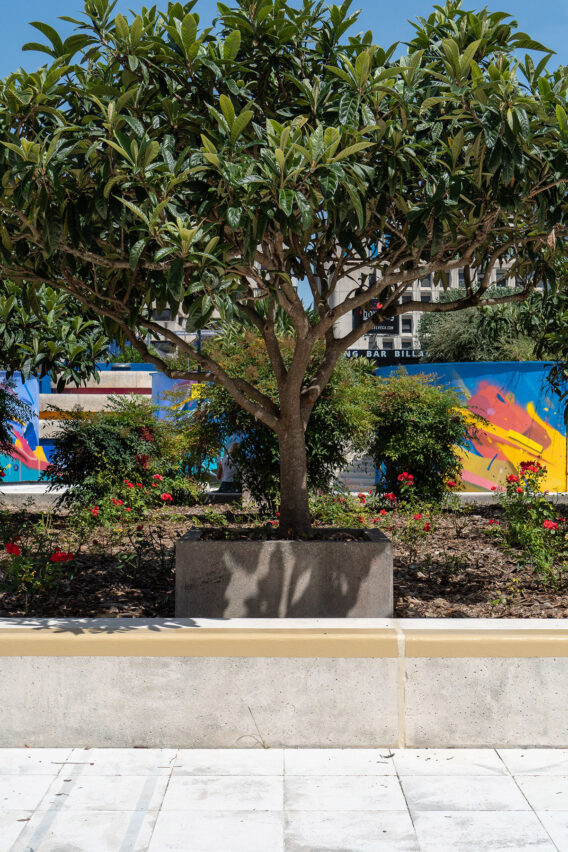 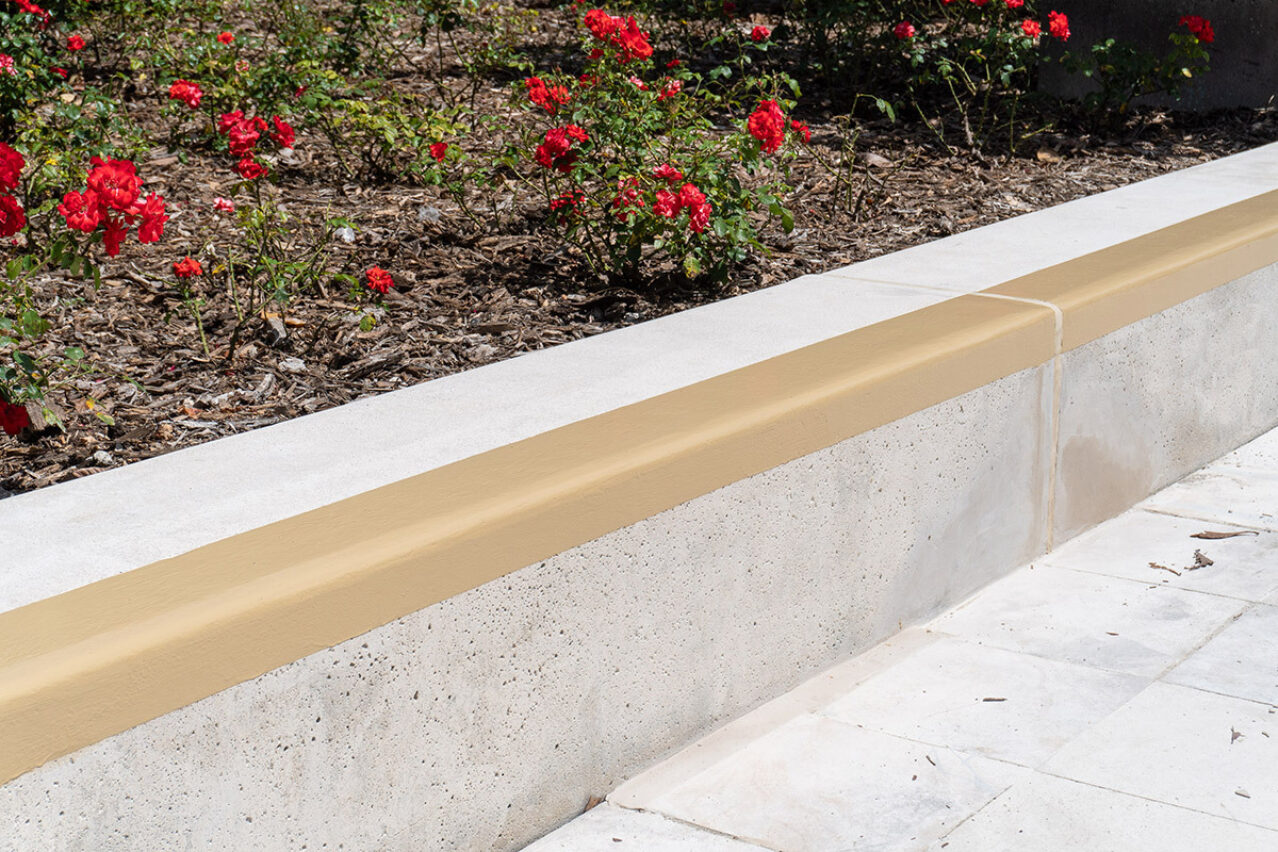 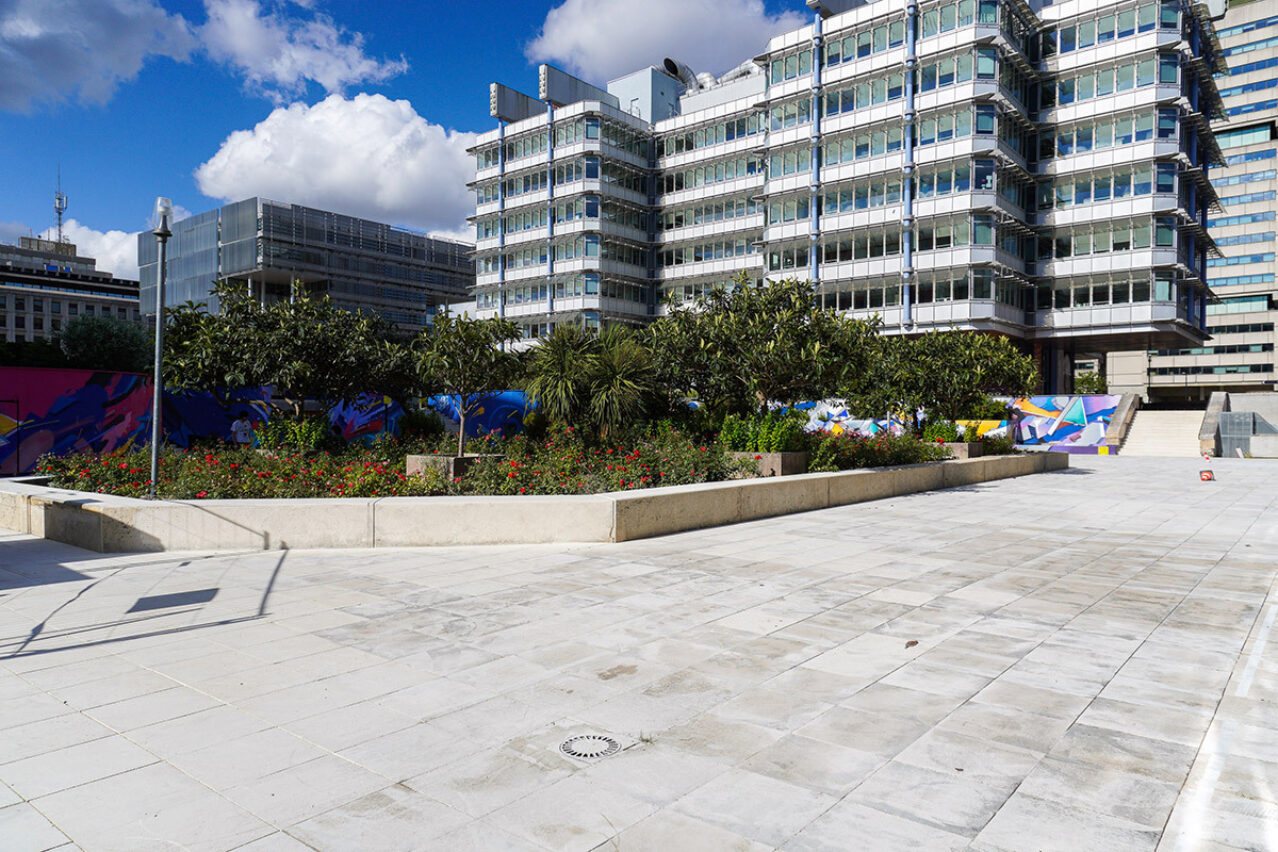 It seems like the ledges have a construction with metal in it.

We used a secret recipe on these ledges and they grind super well. Kind of like the red slappy curbs in America! First they got hand sanded, cleaned, all the skatestoppers on the ground were filled... The ground is very smooth now. We also have small ledges but their concrete is way more fragile. We’re gonna have to use metal coping encrusted inside. That’s the last phase of the construction and it should be done pretty soon. The spot is open and immediately the local skaters came as well as skaters from other towns. It’s cool to see especially the OG skaters who skated there in the 70s & 80s coming back and skate with kids who have no idea of the history of this place.

And what’s up with the bench spots?

We proposed the city to buy 15 granite benches. It’s kinda what Gustav [Eden] did in Malmö. We set the benches up in five public places around town where we knew skateboarding would not cause any problems and ideally would activate spaces. For example one place is a park with good ground that was a bit sketchy and now skaters can go there and naturally secure the space. We ordered different granite benches. The flamed granite is pretty rough and it’s loud when you grind it and we put it on the smoothest ground. Then we have polished granite and set them on rough ground. Most of the spots are doing okay, just one was immediately used by homeless people, so it’s tough to skate. But what’s good about the benches, it's that if there’s a place that doesn’t work, we can always move them around. I believe that at the end of the day it's the skaters who make the success of these projects... If they behave well and respect other city users while having fun on the spots, it's a win! 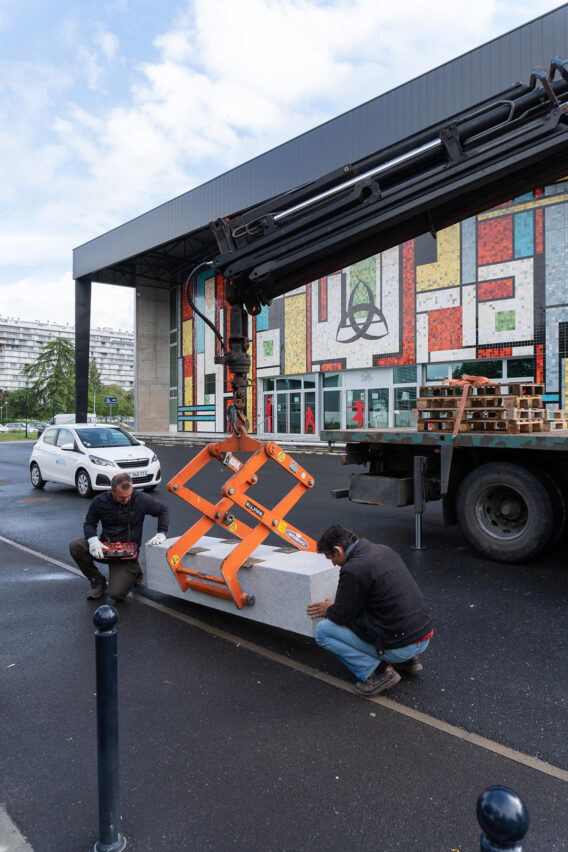 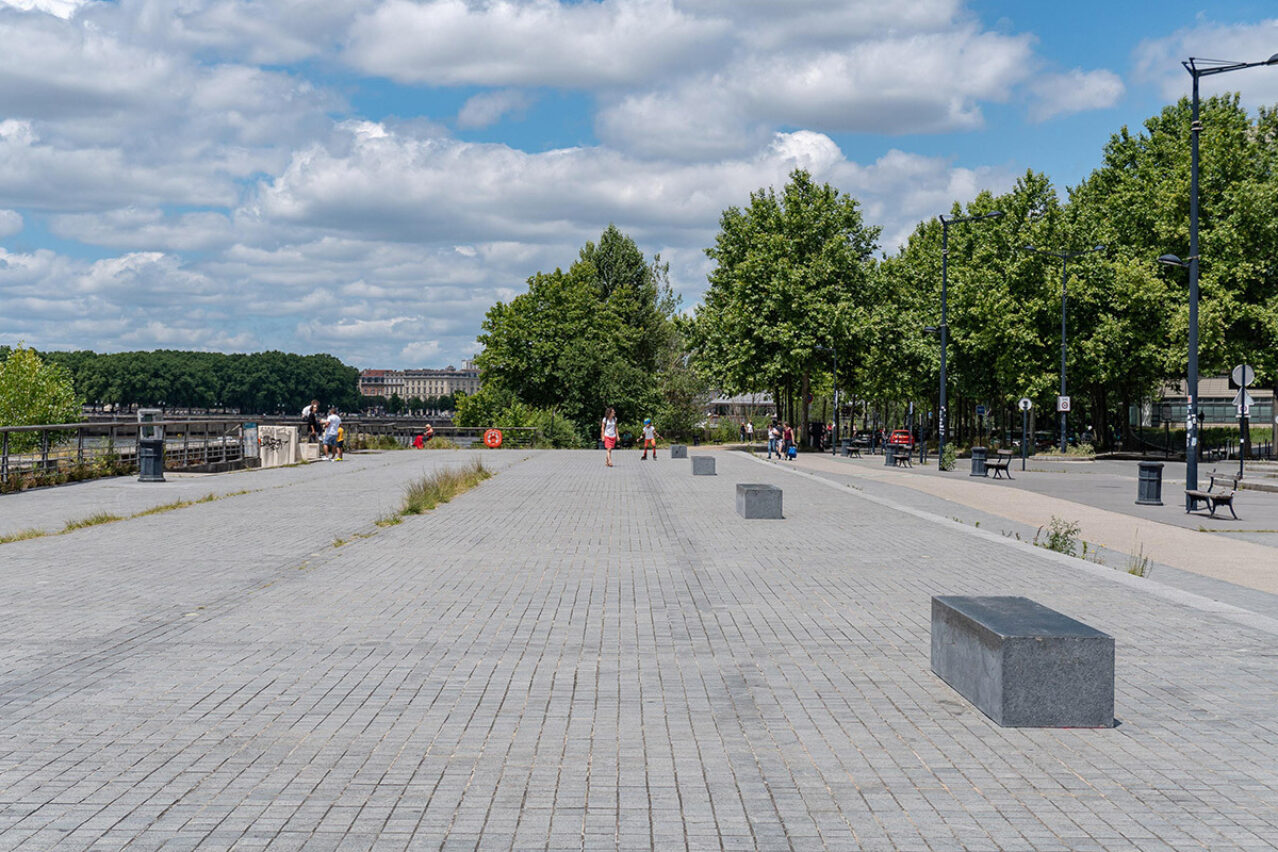 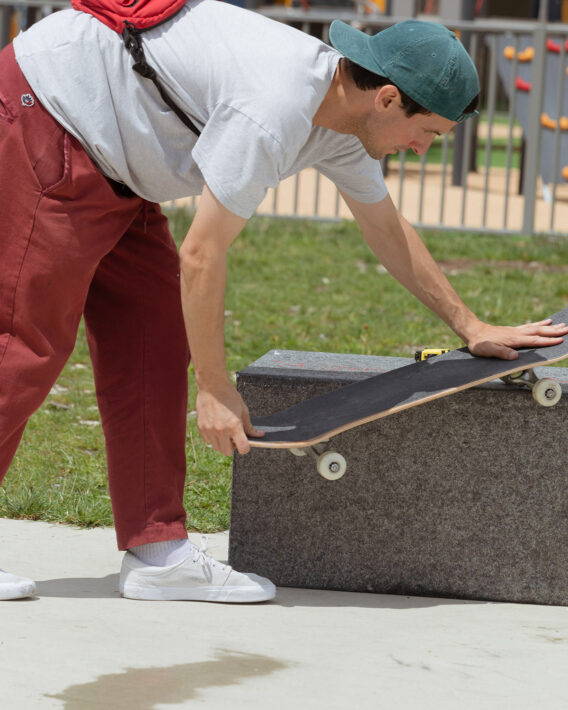 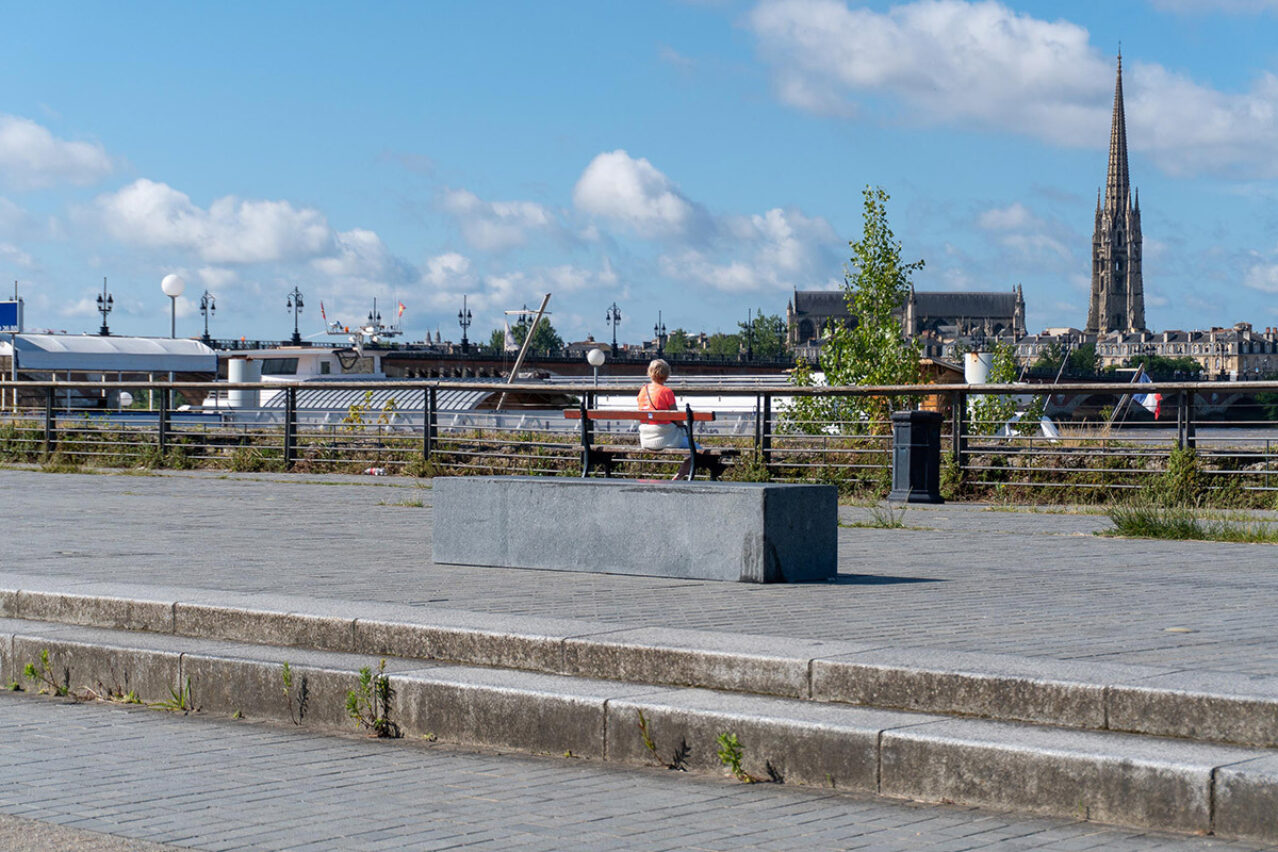 How is the feedback so far from the politicans and residents of Bordeaux?

The politicians are positive about it, they now understand the importance of skateboarding for Bordeaux. Especially since we show them that it does a lot for the image of the city. For the other city users it’s still sometimes complicated. Even when we set up the sculptures some people would still complain that we fuck up pieces of art, even if it was made for skateboarding… There is still a lot to communicate and explain. I think many citizens are still confused when they see a granite bench that is made for skateboarding but is also used to sit. They don’t understand the concept. The key is talking to people and being nice. We had a few complaints and I call the people directly to talk to them and explain what we do and how we perceive the city. I tell them that we respect them but that we all have to live together and share those spaces. Skateboarding is a big part of our lives, it’s a part of the city and they have to accept that. It’s not always easy but in general it’s good to talk to people.

"A lot of people just see the city as a place to work and consume. They can get a little offended when we use the city to play freely."

I find it funny that people don’t get the concept that you can do multiple things with something like a bench – sit an skate.

The whole point of a city and the furniture in it is, that it’s for different users. But a lot of people just see the city as a place to work and consume. They get a little offended when we use the city too freely. Skateboarding is such an expression of freedom for some people, especially older generations, it can probably be aggressive.

How do the skateboarders react to the new spots? Are they happy or is there some critizism that it’s built spots and not “real” streetspots?

They really like it! It was overwhelming to see skaters coming and being super thankful. It’s all positive. I’m a 100% streetskater and when we do a public space like Koenig we try to make it look like a natural public space and not a skatepark as much as possible. The opportunity was there to make a spot with transitions or flatbars but we didn’t want to do it. We just wanted to rebuild the spot and make it almost identical. When you film there, it should look like streetspots.

You mentioned Malmö before. Did you have some exchange with other cities?

Yeah, we’re talking to other cities in France about doing what we do here. Bordeaux is a little bit of a laboratory at the moment. I talked a lot to Gustav Eden in Malmö and also with the people in Montreal who did the time frames at Peace Park for example. It's also good to show your council that it can work elsewhere.

If you would have to break it down, what are the important steps to get a city skate friendly?

First – get in touch with the city council. Be nice, put yourself in their shoes and understand their point of view. They don’t know our culture and you have to explain to them that if we work together it will be beneficial for the city. Don’t be a skateboarder who just wants to skate and that’s it. You have to be able to compromise, to share, to understand other people's opinions. Then know your city, reflect, get together with all the skaters, the shops, the local associations and show that you’re strong as a community. If you go alone you don’t have the same weight. And then be ready to work and act professional.

"One person that complains has more power than 100 people who enjoy themselves in public space."

How long did you work till the Play project got realized?

It’s been three years since we first got in touch with the council and set up the first exhibition at a local museum about the cultural and artistic aspects of skateboarding. We invited the mayor, did a conference, talked to the local media, set up the timeframes on the spots. Then the Play project happened and we eventually worked on this masterplan. But I realized that for the city council the people who complain have a lot of power. One person that complains has more power than 100 people who enjoy themselves in public space. You have to be careful. I got a call from an office nearby Koening about the noise of skateboarding, so we have to find solutions. I was talking to Gustav about it and he told me that in early stages of all the projects he received complaints. Gustav's advice was: "Kill them with kindness. Just be nice. Understand them." and I think he's right.

I guess that’s what you mainly do, talking to skaters, residents and politicans and try to get the best for everybody.

It was hard at first to ask skaters to respect timeframes at a spot but if you know the history that we got over 1000 tickets a year on this spot, it makes sense to sit on a table and find a solution for everybody. The problems that cities have with skateboarding oftentimes comes from no communication. They don’t have someone to talk to and they don’t understand the impact we have for the city life, how much we can positively communicate about the city. Show them the magazines, show them the videos, show them that it’s beneficial for the kids, show them that it’s positive for the environment when you use a skateboard instead of a car.

Yeah, it’s great what you’re doing in Bordeaux and I hope we get more and more projects like this all over the world.

I hope so too and I hope we can help with other cities but it’s never a win. Two months ago a new mayor was elected in Bordeaux so the old team I was working with is gone. I have to meet the new team. Luckily it’s the green party so that could work in our favor but you never know what the future holds. But I hope that Bordeaux can be a positive example for how street skateboarding can be integrated in a city's planning; not just building skateparks with fences around but having skateboarding in its essence – street skateboarding – understood, accepted and integrated.

Another sick episode by Rémi Luciani filmed in Marseille from 2014 to 2017.

Leo Valls, a bit of marble and speed, refined with some Magenta styles and served on VX – Menu à la Bordeaux. Bon Appétit!

Leo & Sergio have known each other since childhood and now they are skating more together again.