Like the rest of the Quasi riders, Gilbert Crockett isn’t that guy that tries to get your attention every other day. He works on quality stuff which he puts out once in a while and that’s it. Not too much talking besides that. But if you release a pro shoe, you have to do the compulsory promotion tour. So he came to London were several cameras and microphones already waited for him, but Gilbert was mellow about it and even looked pretty comfortable skating the Southbank, also it was freezing cold and every move of him was likely to go on instagram a second later.

Are you just here to promote the shoe or are you going on a trip through Europe afterwards?

No, I just have been going to a few different places, like New York and I go to Chicago at the end of the month for the same thing, to promote the shoe.

How is this business side of skateboarding?

Sometimes it’s a little overwhelming, but usually thinking about is a lot worse than doing it. I just have a little anxiety with stuff like that but it’s totally fine. The business side of skating is minimal to me because the people at Vans make it easy for us. They deal with most of the business so it doesn’t bother me.

Is being a pro skater different than you expected as a kid?

I don’t think so. I mean I can’t complain about anything really. I appreciate it. 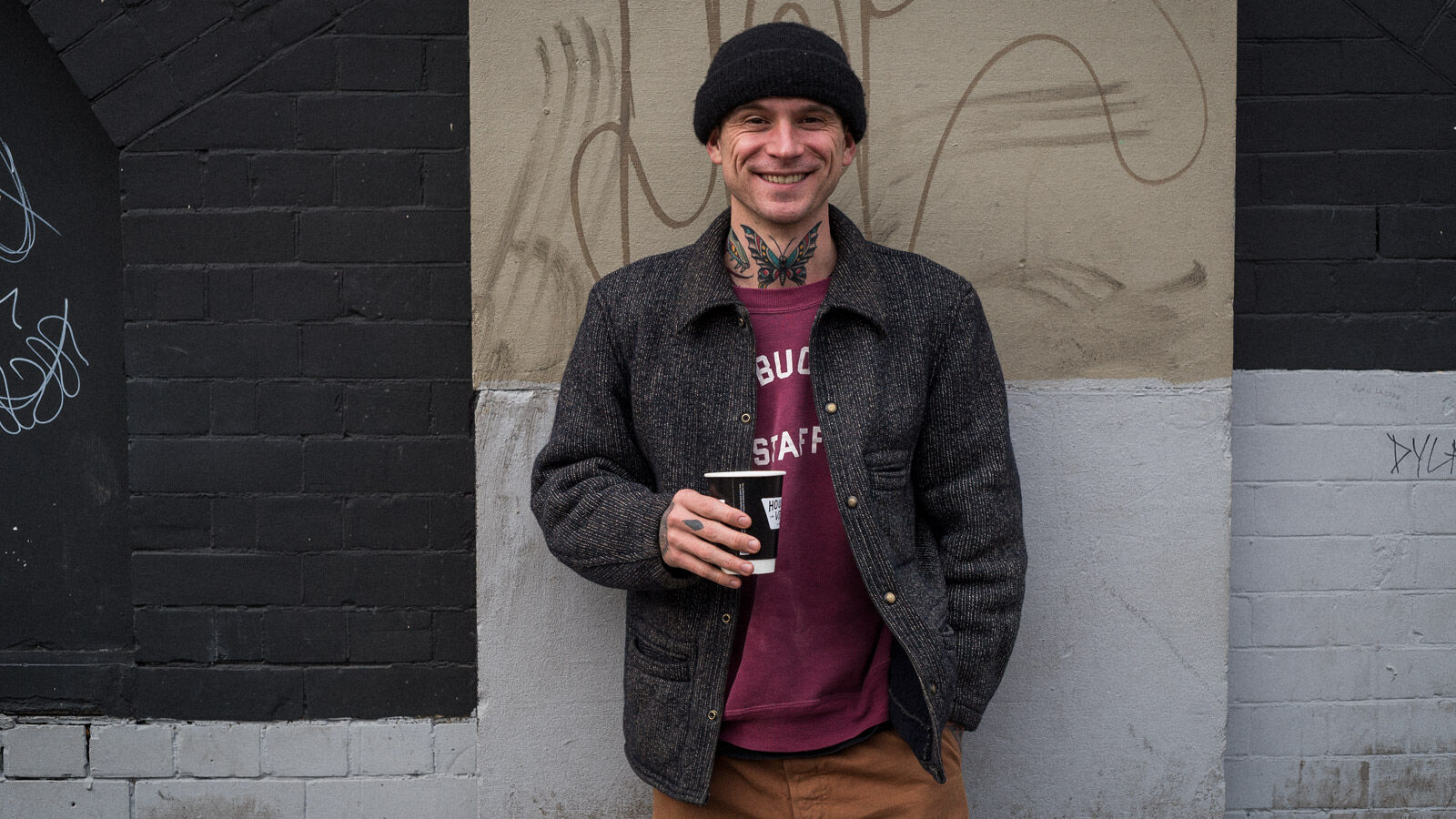 It seems like you don’t promote yourself too much and keep it a bit low key. What do you think is important to stay relevant as a pro?

I think you have to be putting something out now and again. I like always be working on a videoproject at least. But I think there’s kind of something special about not overdoing everything. I don’t wanna be ever putting out footage every month. I don’t wanna be putting out interviews every month. I don’t work that way. I’d rather just be working slow and steady on a project that I can put out every year, something like that. I also kinda think it’s cool to not be in the public eye so much. When we were younger you couldn’t google everything about every pro. Nowadays there’s so much information and people are posting so much on social media about themselves. You already know what everyone’s doing. I think it was cooler back in the day. You just kinda saw the guys skating and got to wonder about all the stuff, his personal life or whatever you want.

Do you just work on projects that are planned by your sponsors or do you also do projects or tours by yourself?

Definitely both. I just finished working on a skateshop video that we were filming for a year. That was just travelling with my friends. Vans was down for that. They want to promote it too. It’ll come out when the shoe comes out so it’s good for them too to help me out with a smaller project like that. I think as long as you’re putting something out then it’s all right.

"I don’t wanna be ever putting out footage every month."

Some pros are struggling to put out a part every now and then but you just seem to stack footage pretty easy.

I don’t know, I don’t think I’m producing that much. Thank you. [laughs] I just like to be skating. I don’t really do much besides skating. I don’t want to be fucking off. I don’t wanna be not skating and I’m happier if I’m working on something. That’s really the only answer I can think of. I wanna be doing it.

Are you constantly working on projects or is there some downtime between where you just skate and stack footage for no special reason?

It hasn’t been that way in a while. I’ve been moving on from one project to the next every time and that’s perfectly fine with me. I don’t wanna be just sitting around for too long anyway.

What are you working on with Quasi right now?

I think we’re gonna work on a video. I just finished this Venue video so I haven’t really started filming anything else but I would like to start working on a Quasi video.

I thought you guys would film for the video for a while already.

So it still will take some time?

Yeah, I’m not sure when they wanna put it out but I know a lot of the guys have a lot of footage already so they can put something out sooner or later.

So how is Quasi doing? Do you guys hang out and tour a lot together?

Yeah, we definetly meet up once in a while. Dick [Rizzo] and Josh [Wilson] live in New York, that’s six hours from me. They were just in Virginia for the Venue video premiere. We go up to New York pretty often too. With those guys I see them every so often. 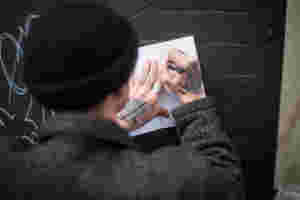 How involved is everybody in the Company? Is just Chad [Bowers] doing the graphics?

Chad does all the graphics and everyone is kinda free to be as involved as they want to be. If I want to work on an idea for a graphic of mine I can do that. And if I want him to just make a graphic for one of the seasons he can do it without me. It’s just however much input you really wanna have.

Not a lot, but I draw. I draw more if I’m not skating, if I’m hurt or something like that. But I love to draw, it’s fun.

Did you do some Quasi graphics or do you just give input?

I drew a snake and a skull that was in the middle of a board. The board was called Daytona. That’s the only image that I’ve drawn for the brand so far.

How invovled where you with the design of the shoe?

They pretty much give me as much creative freedom as I want with the shoe. I just drew it out on a sheet of paper and then the guys at Vans were really good at taking my idea and making it into a sample of a shoe. It pretty much turned out exactly how I wanted it to. I really appreciate that. I know that not every brand is like that and I’m grateful that Vans is.

So the shoe was first try?

Pretty much. The sample was almost perfect. They just had to clean up a few small things. It was all perfect.

What’s important for you in a shoe?

I like that it’s kinda like a sporty shoe. I wanted it to look like a classic skate shoe but also kind of like a tennis shoe at the same time. I pulled from a lot of different places. From sport shoes, from old military shoes some of the details came from. I just wanted something clean and modern but also classic.

Will there be a denim colorway of the shoe?

I’m not sure. [laughs] I’m not really into denim shoes.

I thought you’re into denim.

I am but I don’t know about it on the shoe but they probably make one. They made denim shoes on the last shoe.