I don’t remember exactly when, but there was a day, when I found a pretty crazy skateboard video on the web and was instantly fascinated by how weird it was. I had to get in contact with the filmer to do an interview with him. It was Francisco Saco who made that video and lived in Berlin back then. In the meantime he has moved back to Costa Rica, where he originally is from, but his style of making videos still hasn’t changed. He’s one of the few really original filmers who’s videos you watch just for a second and you know it’s them. His latest project is Canasta, featuring the Costa Rican scene.

You moved back from Berlin to Costa Rica. Why did you move?

I moved back to come and work on the orange farm.

What does Canasta mean?

Canasta means Korb. But it is also a card game that some elderly women, including my mother, like to play on weekday afternoons. 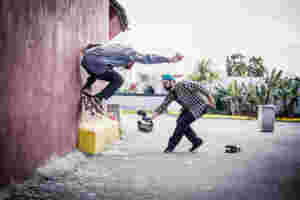 How’s the skatescene in Costa Rica? How big is it?

The skate scene in Costa Rica has actually been around for quite some time, going as far back as the early 70's, when the first skateboards were imported from the States, or if someone's cousin had brought one back from a trip there. As in many other beach/city environments, it evolved alongside the surf scene to a certain extent, slightly a bit behind timewise though. Surfing, also a foreign import yet locally cultivated, still permeates some of the styles and modalities you see in some circles of the skate scene in San José, the capital. But of course, there is a high-adherence to the values of street practice and there are veterans of the scene that have been pushing boundaries in their own right on terrain that is, more often than not, total shit. Or quite crap at the very best. But more skatepark/community center projects are on the horizon, and in high tide all ships rise, so I guess we'll see what's to come in the years ahead. I'm sure more than a few beasts will rise out of those initiatives.

What are the biggest difficulties about skating in Costa Rica?

Biggest difficulties are badly paved roads, which leads to crumbly roads, which leaves to shit pavement, for the most part. Also not a lot of sidewalk in some rural areas, which can make for some pretty picturesque spots when you do find them. Parts of San José are particularly good enough though. Plaza skating is more often than not now a bust, but you get lucky in some cases, depending day of week, time, etc. Traffic can kill your day now, but that's the situation any car based country/city in the world nowadays faces and has been for quite some time. That being said, Ticos are mostly dependent on their cars, as the public transportation system has more delays and is generally more unreliable. 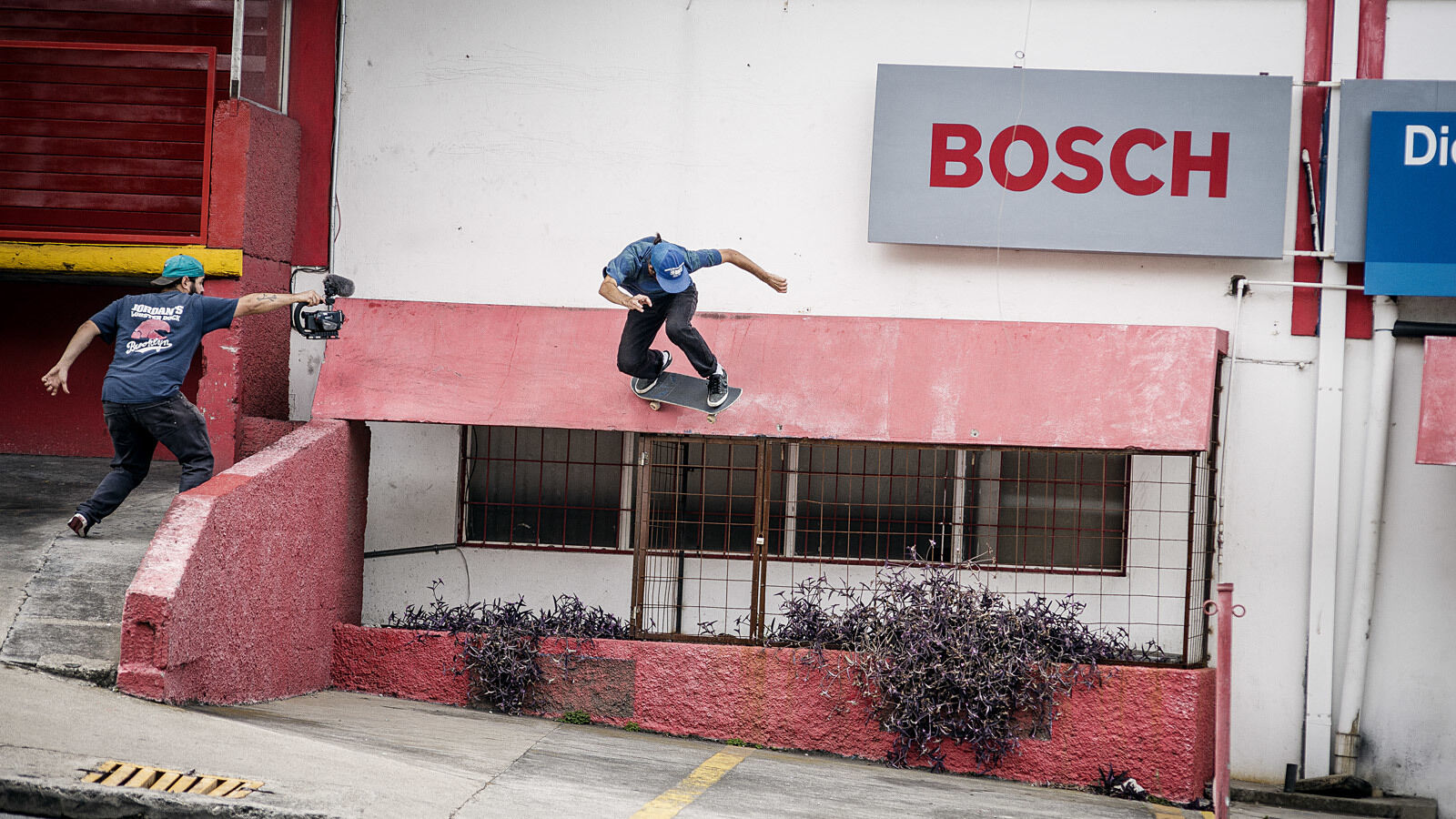 Remy Taveira is in the video and I saw a DC tour in the Costa Rican skatemag Stand/by. Are there a lot of skateboard tourists visiting?

Teams, mostly US-based, have been coming to CR at least as far back as the early 90's. So yeah, a lot of pros have come to demo and also to vacay, but mostly vacay. Back in the day the pros didn't skate Chepe (San José) or any street as much as what they do now. They've been smashing it lately.

"Fully sponsored does not exist"

How important is Stand/by for the scene?

Stand By is the brainchild/lovechild of Olman Torres, a local photographer based in San Isidro de Heredia who has worked all over Latin America shooting for various brands as well as his own mag. I would say that Stand By is incredibly important to the scene, as Olman stands out as the one photographer from here that has had the most exposure and recognition internationally, so yeah its big when he can take the effort to showcase any up and comers as well as his friends and help document a scene, the way he did with Canasta. Its been a long process for him, but its good to see where he's gotten with it and what its risen to. Its kind of unquantifiable what him and the mag represent to the scene, in a way.

The spots all look crazy gnarly. There’s not too much smooth ground and perfect marble ledges in Costa Rica, right?

Like I mentioned earlier, there are plazas, but most are heavily guarded and most certainly will be a bust. You might be able to get away with things in some places, maybe banks and establishments of that sort, but really the best day to skate any of that is Sunday when the shops are closed. Otherwise weekday for the most part is a hassle. Other than that, its hitting the road and coming across anything you might fuck around with, someone's front yard, some driveway, some abandoned building across a whorehouse no one gives a shit that you're sessioning. Anything. 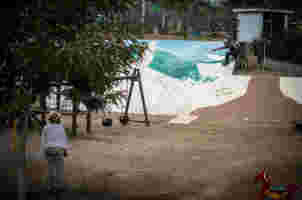 Do you have some good parks over there?

Yeah, more and more parks are being built. The first wave of this mad park building craze saw a lot of crap being built with no obvious craftsmanship to be seen in the work and just a lot of under the table dealings and bribing for contracts. Presently, its gotten slightly better, as you have people involved now that are skaters first, architects second and have begun to build some very high-quality parks. The future is bright.

Some of the guys in the video skate pretty hard. Do they get some shine outside of Costa Rica.

Within Latin America, the Costa Rican skaters that have gone and travelled, either by sponsor, work or by self-funding, have recognition all over, from the borders of Mexico down to the busy metropolis that is Buenos Aires. Up north, at this moment, a good friend, Sammy Montano, is doing his best to shine on the tico scene. He's half tico/half gringo and has been killing it the past few years. Down here, we see all the coming up he's done and all the opportunities set in front of him, and how dope he's skating, and we just beam for joy. Its sick to see and it motivates everyone to rip. And there are some serious rippers coming up as well. Across the pond, well I think we are still a bit more exotic. The people who have heard of our scene or have been to Costa Rica have praised it though.

How is life as a sponsored skater in Costa Rica?

Fully sponsored does not exist. Every skater that gets some type of free product from some type of sponsor i.e. shoe, board, most always have a proper job as well. Some guys ends up still working in skateboarding either as TMs, brand managers for loosely-related skate brands, or shop owners. No one who skates is living solely off what the actually skating can give you. 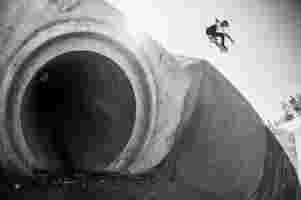 Filmer Francisco Saco said "Goodbye" Berlin and went back to Costa Rica. This clips with Rosomako, Pannemann, Rogalski and more is his parting gift.

Dropping bombs of love instead of real bombs would be highly needed these days.

Karsten and the crew kick it in an interesting new Nike SB model!

If Sour keeps up this pace of filming clips, it won't be long until Sour Solution IV.