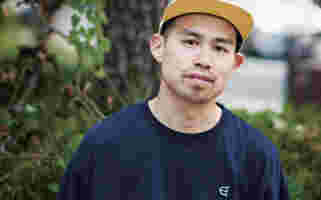 How did you get on Magenta?

We used to skate together when they visited Japan or we visited France. I knew the Magenta guys before I got on the team, we’ve been in contact for a long time. Uru [Uruma Masanori] from Kukunochi offered me a spot to ride for Magenta, and it all became reality. I thought it was a natural fit since we have a similar skate style and approach to skateboarding. Not many Japanese skaters are sponsored by a foreign skateboard company, so everyone was happy.

So why did you decide to switch to Evisen?

I’ve actually been with the Evisen team for a long time too. In fact, I was there when they were struggling to come up with their brand name in the first place. Shinpei is my childhood homie and we’ve worked together for a long time. I was riding for Magenta for a couple of years, but one day, I felt like riding for Evisen would be a natural thing for me. Of course I thought about it long and hard, but I got to the point where I’m proud to ride for the homies that I grew up with and represent a Japanese top brand to Japanese skaters.

What is the secret of having quick feet on a board? 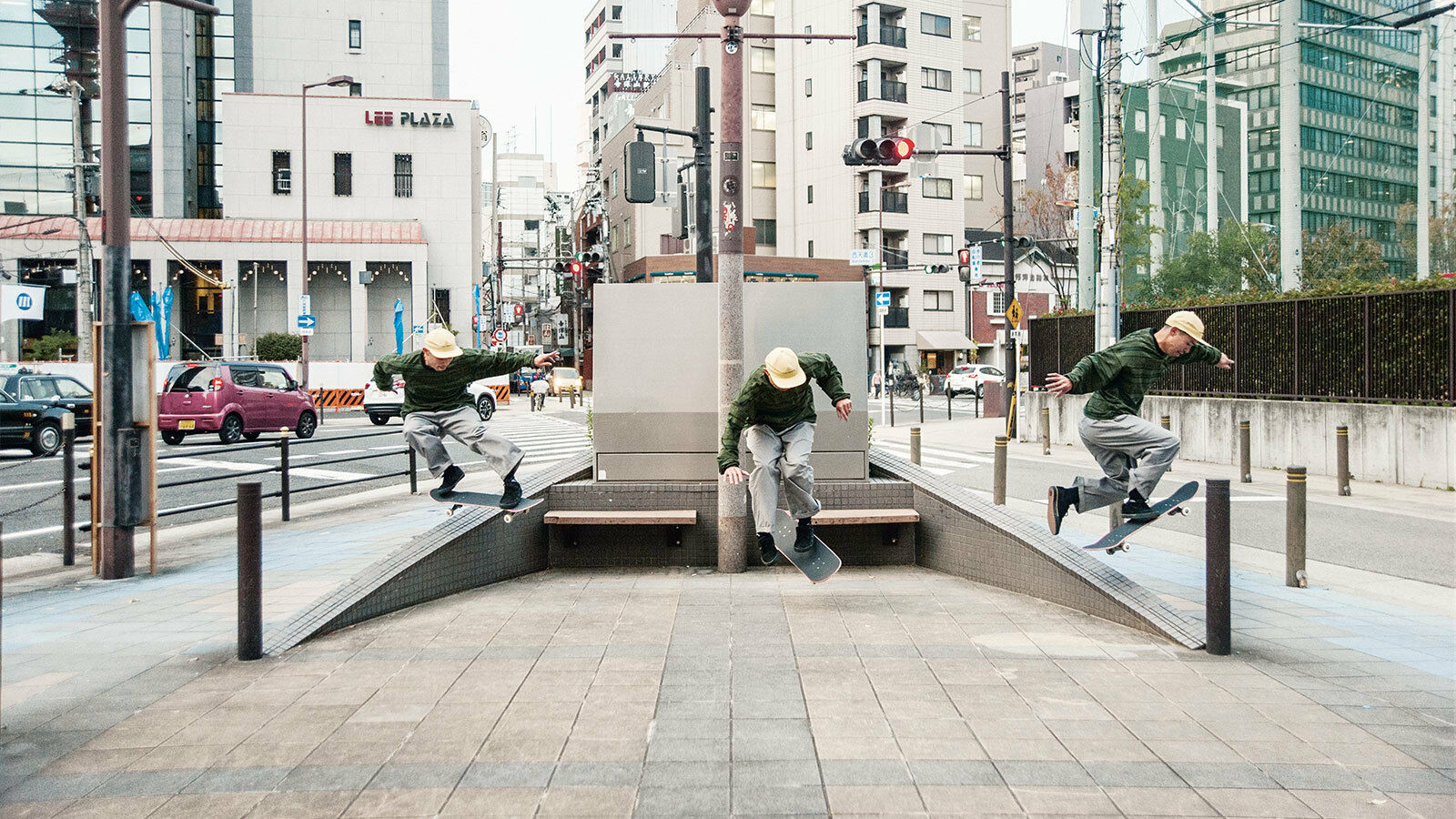 How is skateboarding in Japan different from the rest of the world?

I think most of the skaters are treating skateboarding as a sport. Parents with no skateboard experience teach kids how to ride a skateboard at the skatepark… Anyway, this is not how I grew up skateboarding.

Which skaters influence you?

If you are a foreigner, just say the following with a smile on your face, “Gomen nasai, watashi nihon hajimete desu,” which means, “Sorry, it’s my first time in Japan.” [laughs]

Basically, Evisen produces skateboards, TBPR is a video-based production, and both of the brands support each other.

What are you doing at Tightbooth and what’s your role at Evisen?

I do video shooting and editing, and at the same time, I am a professional skater for the company Evisen. As for TBPR, I do all the video direction, apparel production, and video editing. I basically do everything I can.

"Everything is bigger and wider in Tokyo, but we have better skate spots here in Osaka."

How’s the Osaka-Tokyo connection? Are you mainly based in Osaka and what’s the difference between the cities?

I go to Tokyo pretty frequently for business, but I basically live in Osaka. Everything is bigger and wider in Tokyo, but we have better skate spots here in Osaka.

What can you tell us about the work on the Evisen video?

Beautiful Japanese architecture and the unique style of Japanese skaters.

What would you say are the three most important Japanese video parts?

How did you end up in Japan?

I lived at MACBA for too long and wanted a change. I’d been traveling a lot in Asia but never to Japan, so I really wanted to go and check it out. I was only really planning on staying for six months to a year, but one thing lead to the next, and I ended up getting stuck for almost eight years.

What are the biggest differences between Europe and Japan?

This is a difficult topic to try and sum up in a mini interview, but Asian cultures can be pretty polar to European cultures sometimes. The surface things can be made to seem the same but society, relationships, and ways of thinking work in very different ways here.

What does Japan offer that you don’t get in Europe?

"Considering it’s almost impossible to skate in Tokyo due to overpopulation, security, police, lack of space, etc., skaters here are forced to be creative in tight spaces."

After the years you’ve lived there, what are the things you still don’t understand about the culture?

How is skateboarding in Japan different to the rest of the world?

Considering it’s almost impossible to skate in Tokyo due to overpopulation, security, police, lack of space, etc., skaters here are forced to be creative in tight spaces. Things always seem to flourish in hard environments.

Avoid eye contact and try to move on without actually having to engage in conversation with them. Security guards are fine, but the cops here can really waste your time if they get you.

What’s the story behind Evisen?

First inspiration when I started skateboarding.

Tightbooth, Evisen, SHRED, Kinari, ER magazine – how is it all connected?

How do you see the development of the Japanese skate scene? How has it changed over the years?

I don’t know. I don’t want to change skateboarding. My skating will not change.

What special flavor does Japan add to the world of skateboarding?

How was your time on Consolidated?

Lipslide Ollie up | Photo by Marimo

What is the secret of having quick feet on a board?

It’s all about rhythm and tempo.

What’s the secret behind those massive lipslide pop outs?

You have to know the essence of popping out. Knowing the timing of when you’re leaving the obstacle is the key. Going off to the side of the obstacle with a manual is the next step. When you completely understand the aspects of these two, you have a massive pop out under your feet!

"It’s all about rhythm and tempo."

I have always dreamed of and was jealous about skating in a big city like Tokyo or Osaka since I live on the countryside where there are very few spots to hit compared to those capital cities. It is also important to have cool bros in big cities.

How do you see skateboarding? What do you want to express on your board?

Skateboarding is skateboarding. I would love to keep on skating and learning new tricks, battle spots as much as I can while I keep my own style. To evolve myself is my current goal.

What skaters influence you?

The Evisen homies and the local homies.

Apologize. If it’s not working, run away.

No matter if it’s a transition or a ledge – Maru skates everything with full power!

News from the Far East: Check out the second trailer of the "Evisen Video", which will be released on the 8th of December.

With the new Adidas x Evisen collection you are perfectly equipped for the next Japan trip. Or for the sushi restaurant.