Geoff Rowley for SOLO! No, unfortunately this will stay the dream of the editorial staff. Anyway we proudly present you the newest Footwear and Apparel Collection of Geoff Rowley.
Vans announces the official Geoff Rowley Signature Collection and it's called by the odd name SOLO! Apparently something kept stuck in our friends head from Liverpool when we interviewed him on the Interview at the Vans Propeller Premiere and we're pleased. Geoff's debut as a designer stays as expected, like in our interview, down-to-earth and timeless. The set out of Chino, Workwearshirt, T-Shirt, 6-Panel Cap and the by the Vans Era inspired Vans [Rowley] SOLOS form a classic Rowley. Well, it takes also 360 Spins into deadly canyons as well as this indomitable will to skate which keeps him pushing him for years. However the full collection contains everything what the lonely heart desires for and turns thanks to the plain look every Solo into a Casanova in between no time. Provided with the Vans Duracap the Vans [Rowley] SOLOS takes over the best attributes from the traditional Vans Waffle Sole and updates the shoe to modern standards. The suede upper and the Vans Ultracush HD high-impact polyurethane cushioning strengthens the shoe and prepares you for a session down a roofgap as well as a relaxed afternoon in the park. The Vans [Rowley] SOLOS is worldwide available from Saturday, June 13 and you can collar the belonging collection one month later in July. Additional information about the idea, the working morale, the skating and the daily routine behind the Vans [Rowley] SOLOS tells you Geoff Rowley himself in finest "Queen's English" as usual.
09 Jun 09, 2015 Posted in: Products 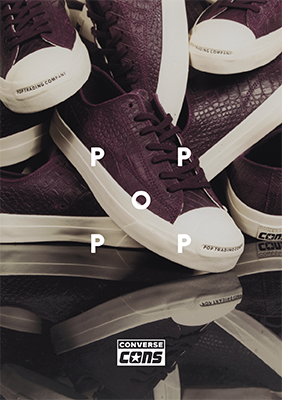 A walk with Vladik Scholz

If you’ve never heard the name Elmar Vogt before, never mind. It was the same for us. Watch the part anyway. We did that, too. It’s worth it.

A walk with Vladik Scholz