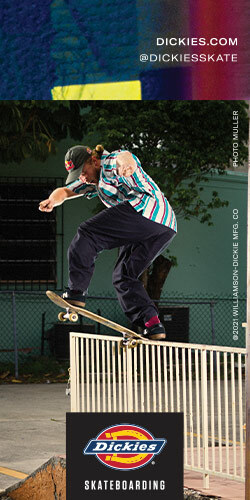 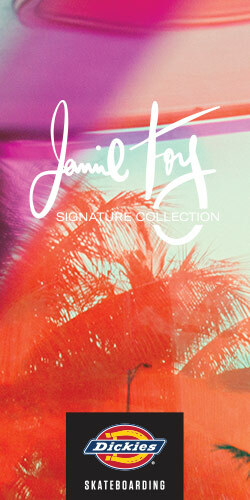 Shin Sanbongi rides for Polar, and if Pontus Alv chooses somebody for his team, you can be sure that there’s something special about this guy, that he has something “spicy.” To be honest, I didn’t exactly know what it was before I went to Japan, because besides his footage in the last Polar video, you don’t find too many videos with Shin in them, nor are there many interviews with him on the internet – but that just sparked my interest even more. We finally met in Tokyo for the interview, and then the day after, I visited him in his hometown Chigasaki, a tranquil beach town about 60 kilometers away from Tokyo. Being there feels more like being in San Diego than in Japan. You have the beach promenade, a lot of surfers, and this easy-going feeling in the air that also surrounds Shin. While we were hanging out and skating, I realized that this actually is the thing that makes him special. He’s super chill, he doesn’t force anything, and he’s going with the flow, just cruising around, trying a trick here, a trick there, spontaneous, out of the motion. Most of the time, he gets the trick he wants and he does it with effortless style. This kind of style, you can’t learn, you either have it or you don’t. It’s like watching a chess master playing against a beginner. It doesn’t seem to bother him at all.

How did you get into skateboarding?

I first saw a skateboard because my father used to have one. He’s a surfer, but he also skated.

So you experienced skateboarding at an early age?

Yeah, but I used to play soccer for nine years. I went to Barcelona to play soccer and there were these two kids at the homestay. The guys were skaters and we were walking around Barcelona when I saw them skate. I was surprised because I saw a flip trick for the first time, and then I went back to Japan and tried out skateboarding but only transition at first.

You had to be pretty good when you went to Barcelona for soccer.

We just went with our team and played against their team.

Sounds like you were one of the best soccer players from Japan in your age group?

What position did you play?

Yeah, a lot of passing, sometimes long shots. I really like soccer.

And then you discovered skateboarding and stopped with soccer?

I didn’t really like the team play anymore. I just changed my mind.

And then it was only skateboarding?

No, skateboarding and surfing.

So you surf a lot as well?

Yeah, there are a lot of surfers in my hometown. My friends surf a lot and most of them have skateboards, so we usually went to the skatepark after surfing. I dropped out of high school and all I did was skate and surf, skate and surf.

What lead to the decision to drop out and what did your parents say about that?

Since your father is a surfer, he’s into that lifestyle already…

Yes. My parents are separated. My father embodies freedom. “You like skateboarding? You like surfing? Just do it.”

Your English is pretty decent for a Japanese. Where did you learn it after you dropped out of school?

Was it your plan to live off of skateboarding when you dropped out of high school?

I was just having fun skating all the time, and then Uru [Uruma Masanori] from Kukunochi hooked me up and helped to get me Polar boards. We went on tour in Japan to the countryside. I first visited Malmö for one week with Uru when I was 20 years old to say hi to Pontus, and then he flowed me boards for three or four years. Two years ago, I was in Sweden. We went on a camping trip, I talked to Pontus, and he said that I joined the team. I was surprised to be welcomed to the team. It was during the same time Andrew Wilson got on.

How is it to ride for a European instead of a Japanese brand?

Wallie to Melon | Photo by Marimo

How was it to get on the team?

I’m stoked to be on the team as an amateur, but I want to be a pro skater for Polar. So I should still continue to shoot some photos, film stuff. I have to when I want to become pro.

But it’s going pretty good for you. You’re on Adidas, you’re on Carhartt. How did all of that come together? Did it happen after you got on Polar?

Yeah, after that the Japanese Carhartt guy hooked me up. When he went to Europe, he met the team manager and brought the full-length video Uru made. I had some footage in it and the team manger saw it. He messaged me, “Do you like Carhartt?” – “Yeah, I like Carhartt.” So now I’m wearing Carhartt stuff.

You went to Copenhagen Open and Malmö. Is it important for Japanese skaters to look outside the country if they want to get sponsored or can you make a living off of skateboarding with Japanese sponsors?

Yeah, that’s why I want to do this. Barely any skaters here have real sponsorships. Some ride for the distributions. They just get boards, get clothing but no real sponsor. I want to do it. I just want to go to Europe and skate. I really like the spots, the people.

What skaters besides Pontus have had a big influence on you?

Julien Stranger, Alex Olson, Grant Taylor, Jake Johnson – there are so many.

That’s street as well as transition skaters. Was skating mixed terrain always a thing you liked?

I like transitions, I like the DIY stuff, but I also like street skating. Everything, just a mix of it, marble surfing. I just like cruising from spot to spot. I don’t like to focus on one trick. Trying it over and over again is not for me. Just to hit the spot, just cruise. I like cruising.

Do you have any DIY spots in your hometown?

Not really, just a skatepark, a little steep bank wall – that’s my favorite spot in my hometown. Really good ground everywhere though, a lot of wallie stuff. That’s it.

What do you like about your hometown? Why don’t you think about moving to Tokyo, for example?

I like the people. They are really mellow. We love surfing, skating, the people are understanding when it comes to skateboarding. I like it mellow. I don’t like the busyness. There are so many people in Tokyo. Sometimes I go there to skate at night, say hi to some friends. That’s it. You get kicked out so much. I don’t like to get kicked out. Like why? We’re just skating. Japan is pretty hard to skate, at least Tokyo. It’s the hardest place to skate. We can only skate at nighttime.

Japan is a lot about being quiet and polite, and as a skateboarder, you make noise and destroy ledges: pretty much the opposite of Japanese culture. Are skateboarders considered rebels here more than in other countries?

Are you on the Japanese Olympic team?

No, I don’t really like competition, but I want to go and see my friends. I think Oski is going to come to Japan for the Olympics. So probably I’ll be there, “Ey, Oski!”

What are you doing when you’re not on either one of your boards?

I like music, guitar, drumming. I’ve played the drums since I was eleven years old.

I really like Reggae. Just a session. No singing.

You like it mellow when it comes to music, your hometown is mellow, you like to skate mellow. I see that’s your thing.

Are you sponsored as a surfer as well?

No, that’s just for fun. I mainly focus on skating and sometimes refreshing my mind surfing. Sometimes you go crazy when you skate constantly. Then surfing and hanging out with your friends is the best.

Is your hometown the best surf spot in Japan or are there many others as well?

There is a pretty famous one in my hometown. A lot of surfers come and visit. Normally, it’s small waves, but it’s typhoon season and a lot of heavy swell is coming.

What should any skateboarder who visits Japan definitely do?

You have to skate the Japanese-style skate spots. You have to go to Izakaya for sure. Drink some beer, there’s really good food at Izakaya, and you should go to a beautiful temple.

Japanese skateboarding is often a bit different from what people usually get to see. Why did Japan develop its own style?

I don’t know. I think Japanese people… they are focused on doing their job quickly, very detailed.

If you’re filming a part, what are you looking for?

I like quick stuff with a good flow. I like wallie stuff, sometimes flip tricks, hitting a ledge, doing a wallie, mixing different styles into something quick. I like it quick, but it’s hard. I can’t do it.

This Johnny Wilson clip is h...

Lakai – Stevie Perez for the Flacon 2

30 years after the fall of the Berlin Wall the German adidas team went to skate the east and west of Berlin. Here’s the West Sector edit.

It’s not the size and price of their toys, that separates the men from the boys, it’s how you use that toy.

The king of NY presents his new shoe!

Lakai – Stevie Perez for the Flacon 2