Our favorite low-impact connoisseurs from Magenta skateboards earlier this year had the idea to escape the pandemic and the bad weather and fly out to Tenerife. What sounded like a good plan in the first place was a bit harder to execute. But lets hear from multilingual Magenta chief strategist Vivien Feil himself how it went.

Our trip was initially scheduled as a glorious attempt at international bounding in a safe haven in the middle of a pandemic. The Canaries Islands of the coast of Africa (towards what is now south Morocco) belong to Spain which makes it the most southern point of Europe, aka maximum sun for no passport. Most of the islands have big cities with good urban stuff to skate and dope architecture (we’re not going if that’s not on the menu). We could fly everyone from Europe over there and finally get together after almost a year of isolation, right? Not right, it’s 2021 dummy, nothing is easy! We planned to go in January and shortly after the UK version of the virus got Jereme Jones & Glen Fox stuck over there to this day.

Things got worse in Italy as well and Ruben Spelta decided not to take his chance to be denied return & stayed home. Günes was busy in the last stages of reproduction. There was no question to fly in the US Troops or the Japanese Navy, so we had to switch to an all-star French contingent, Napoleon style. Fine. Still manageable. Of course, Hugo Maillard decided last minute he’d rather be working on his homemade hut and vegetables and canceled. Thankfully our Paris amigos Leo Spartacus & Antoine “Chuck” Jouguet joined the OG Magenta crew: Soy Panday, Leo Valls & your humble servant for a week of fun times under the Spanish-African sun.

We quickly relearned upon arrival that Spain is not France, Tenerife is not Paris, and the Spanish cops don’t think skateboarding is just a dumb toy like the French do. They take das rules a bit more serious (reminded of something Mein Deutsch?) and at the moment das rules is MASQUERILLA?!! Not the lazy French way where you wear a mask when you’re around people, in a busy street or entering public places/businesses, nope. 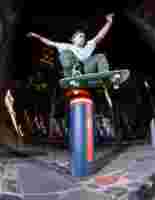 "Our traditional French distrust for authority and overall relaxed attitude earned us zero cool points. Oh, and they hate skateboarding as well.﻿"

You must wear the MASQUERILLA?!! as soon as you get out your door, even if you are fully alone in the middle of nowhere, or walking an empty Rambla, 20 meters away from anyone. If you don’t, cops will fine you, old women will publicly scold you, old men will threaten you to their special paella punch, handicapped people will jump from their wheelchair and run 100 meters to remind you to pull the MASQUERILLA!! over your nose. Our traditional French distrust for authority and overall relaxed attitude earned us zero cool points. Oh, and they hate skateboarding as well. 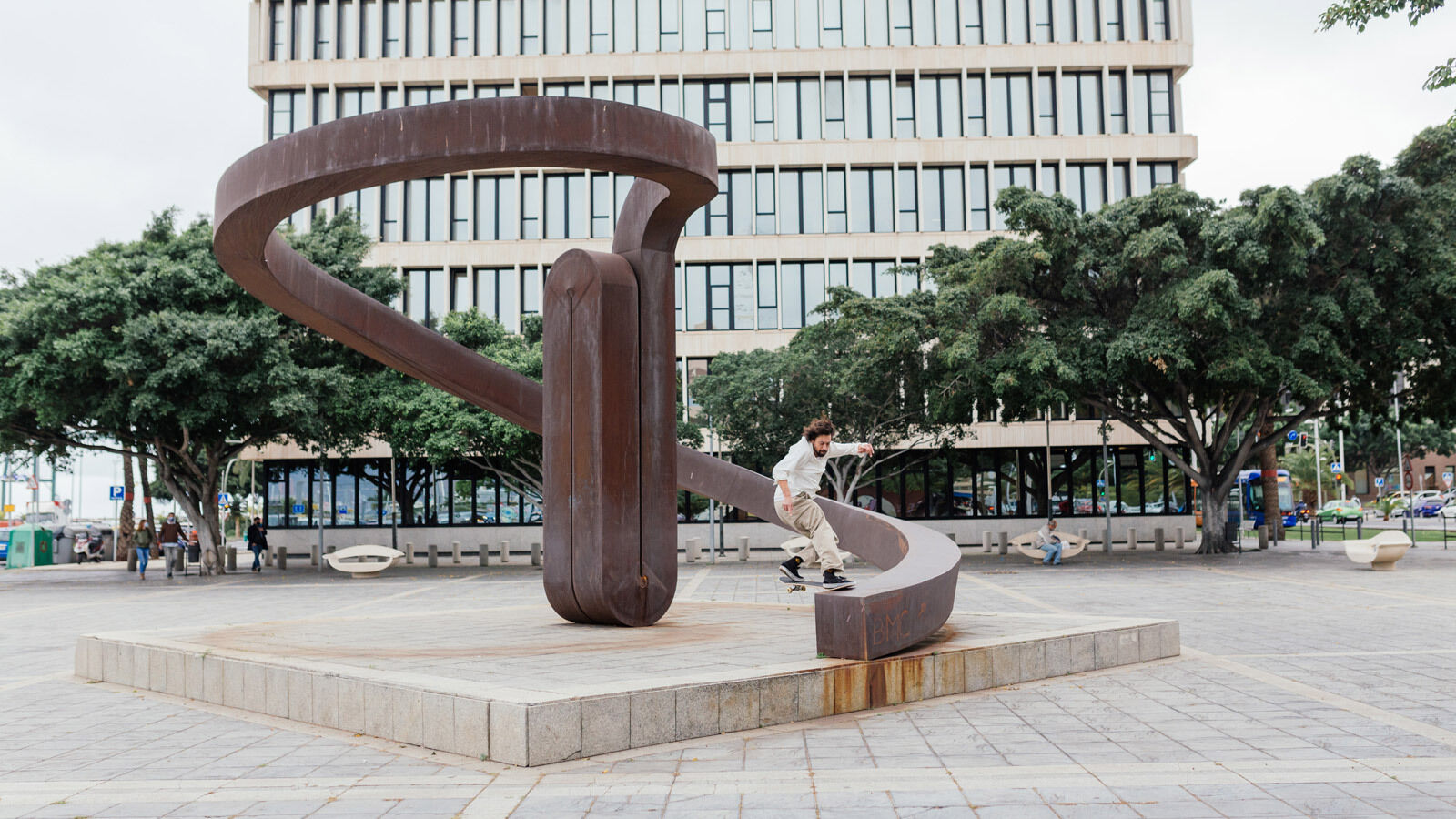 Since we stuck to the city center for the most part, we became the parias of the area quite quickly. We met a couple of really nice people still and some supportive local pedestrians (inebriated for the most part) but overall El Spanish opps were in full force. We did not let ourselves get distracted and pressed on under heavy Spanish fire. There was a question to take the boat to Gran Canaria but the price of the trip was out of line (twice that of flying, go figure…).

In the end we stuck to Santa Cruz and skated around every neighborhood inspecting every inch of concrete until we dug up every interesting spot the city has to offer (and even a bunch of shitty ones). As always we favored the cruising approach rather than the hammer mania, as you can appreciate in the video playing right now on das Solo website. 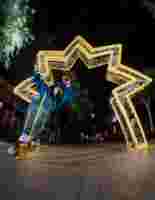 Although this piece of writing would make you think otherwise, it was actually a great time, we love the Canaries and every single old person we met in Santa Cruz, and no we will not be leaving the spot until the Guardia Civil come kick us out, sorry señor. 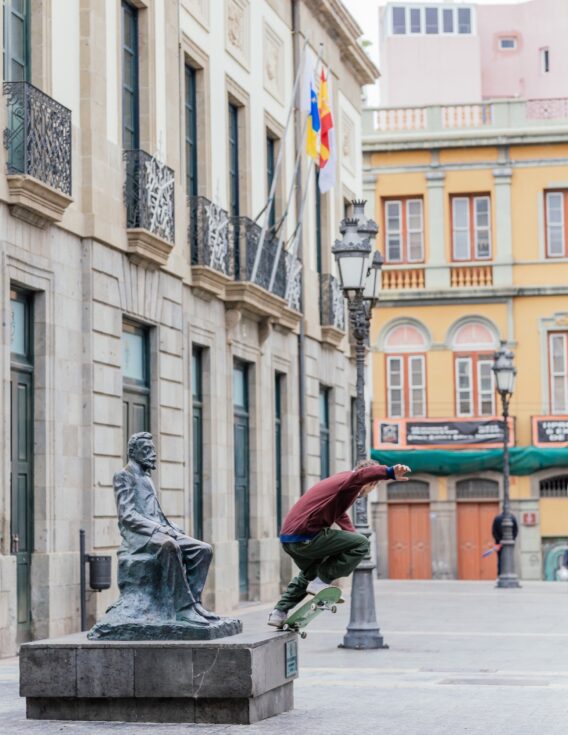 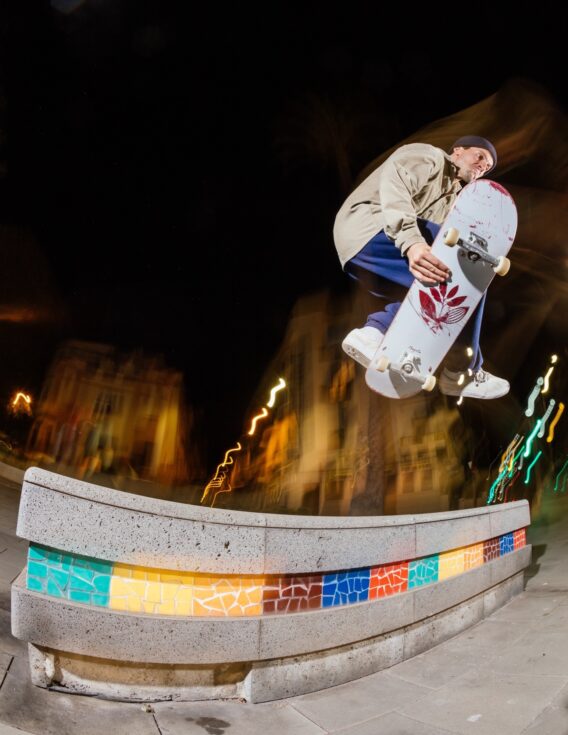 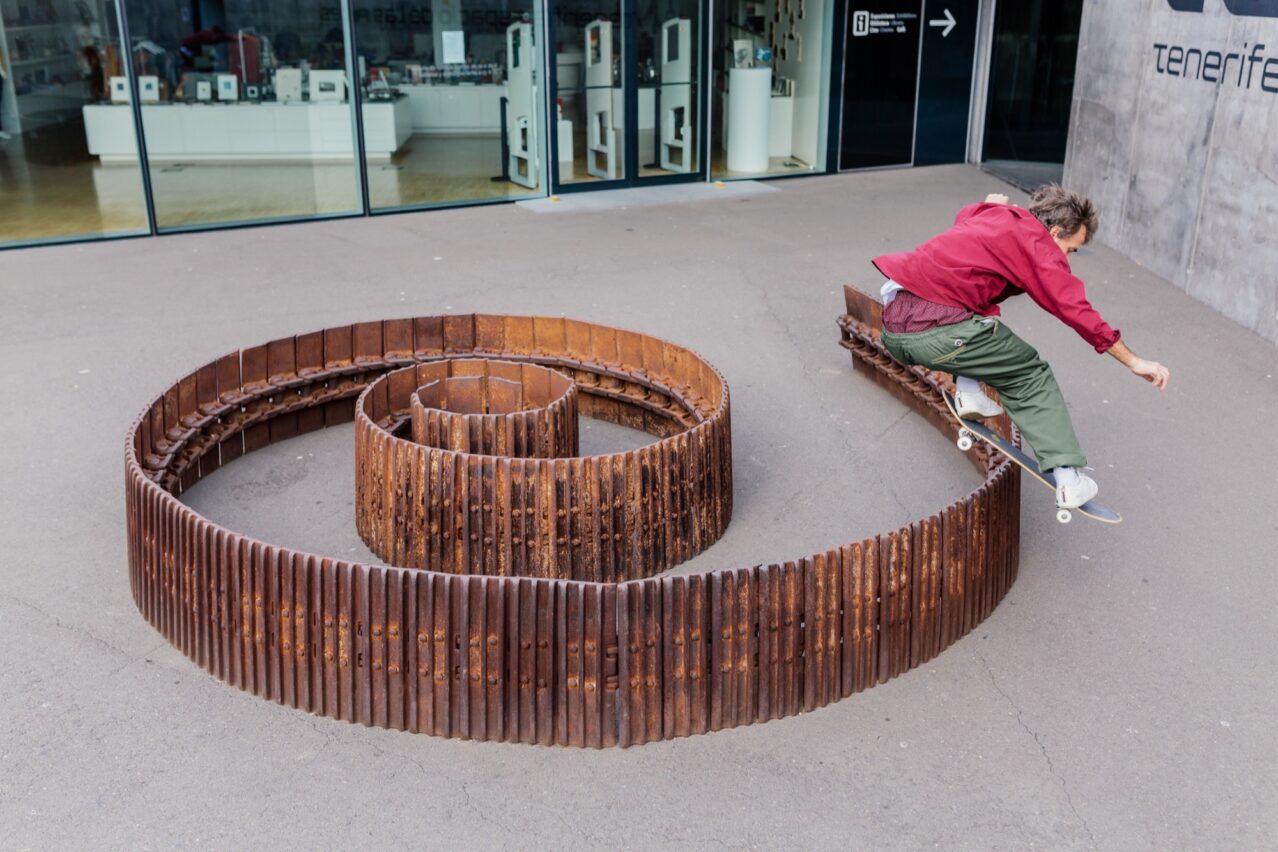 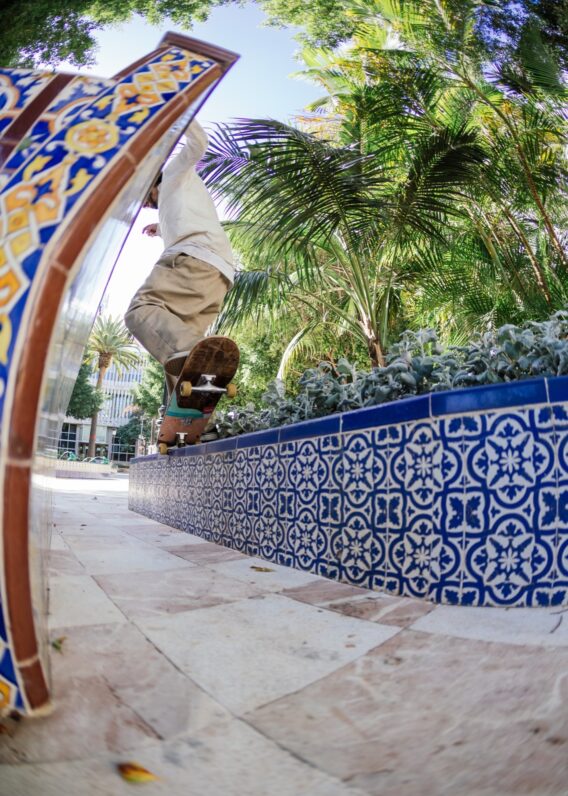 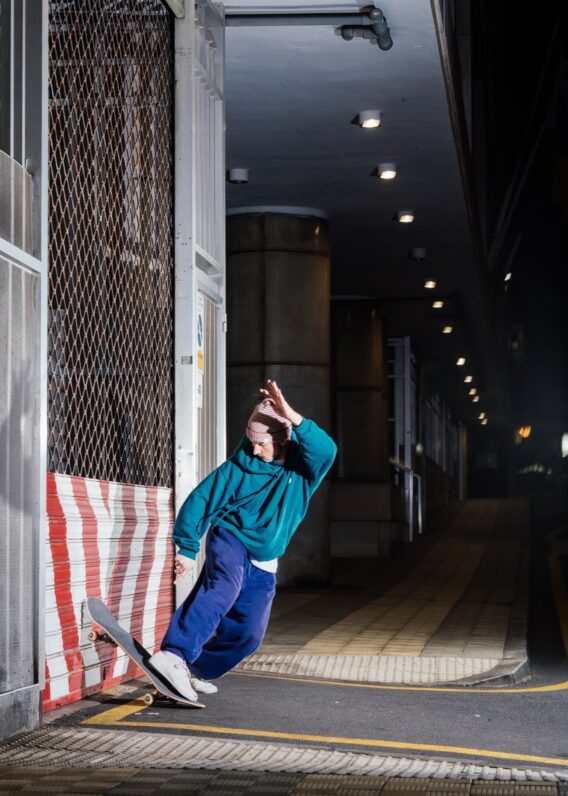 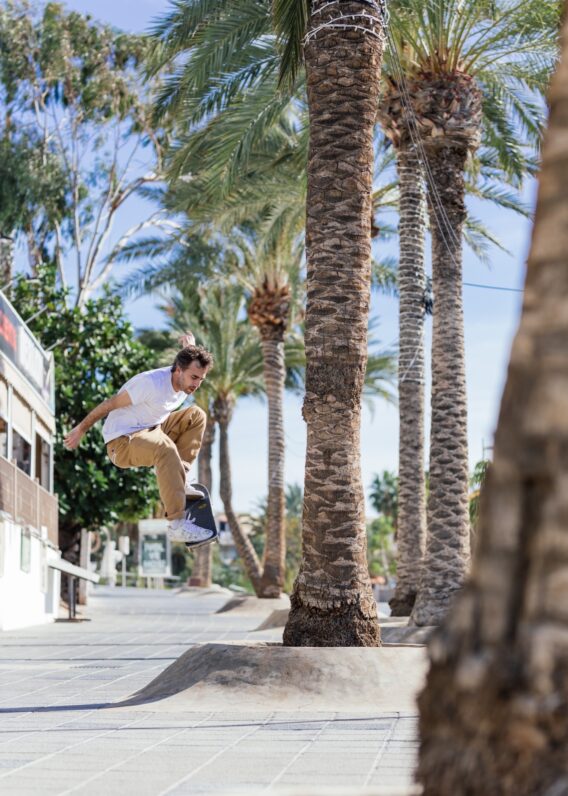 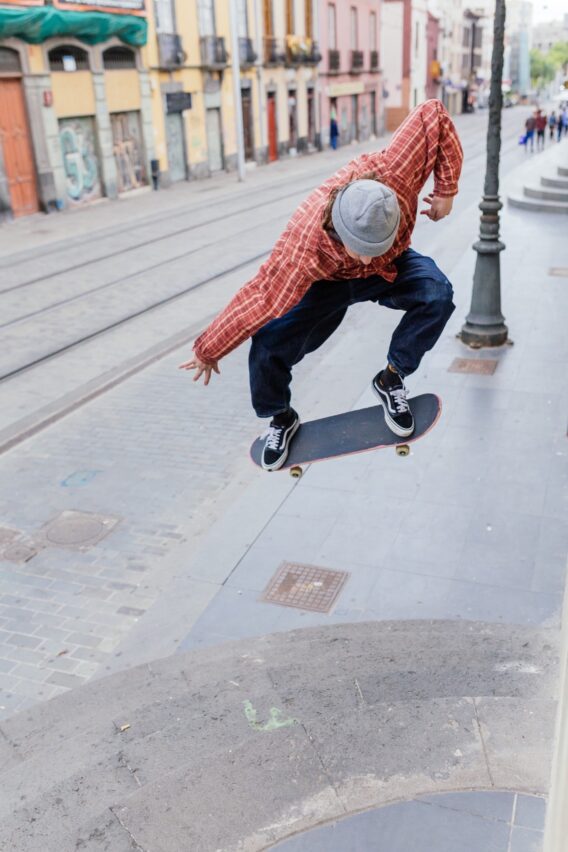 Enjoy and stay safe my Germanz. 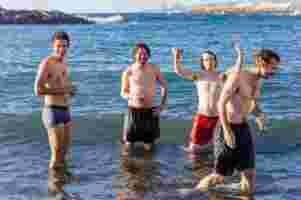 Collab of the year!

In Barcelona German potatoes are fried into Patatas Bravas in the twinkling of an eye or they rather roast the spots over there.

"Umbrella" is the name of the new part of Stepan Bares, which we have in Homie Tape today.

Is this the SHRN video? We still don’t know but there’s some awesome skateboarding in it. Everything good though.

A clip from Barcelona. From DIY parks to street spots, everything is taken by the girls.

A lot of power and a lot of NBDs at well known spots.