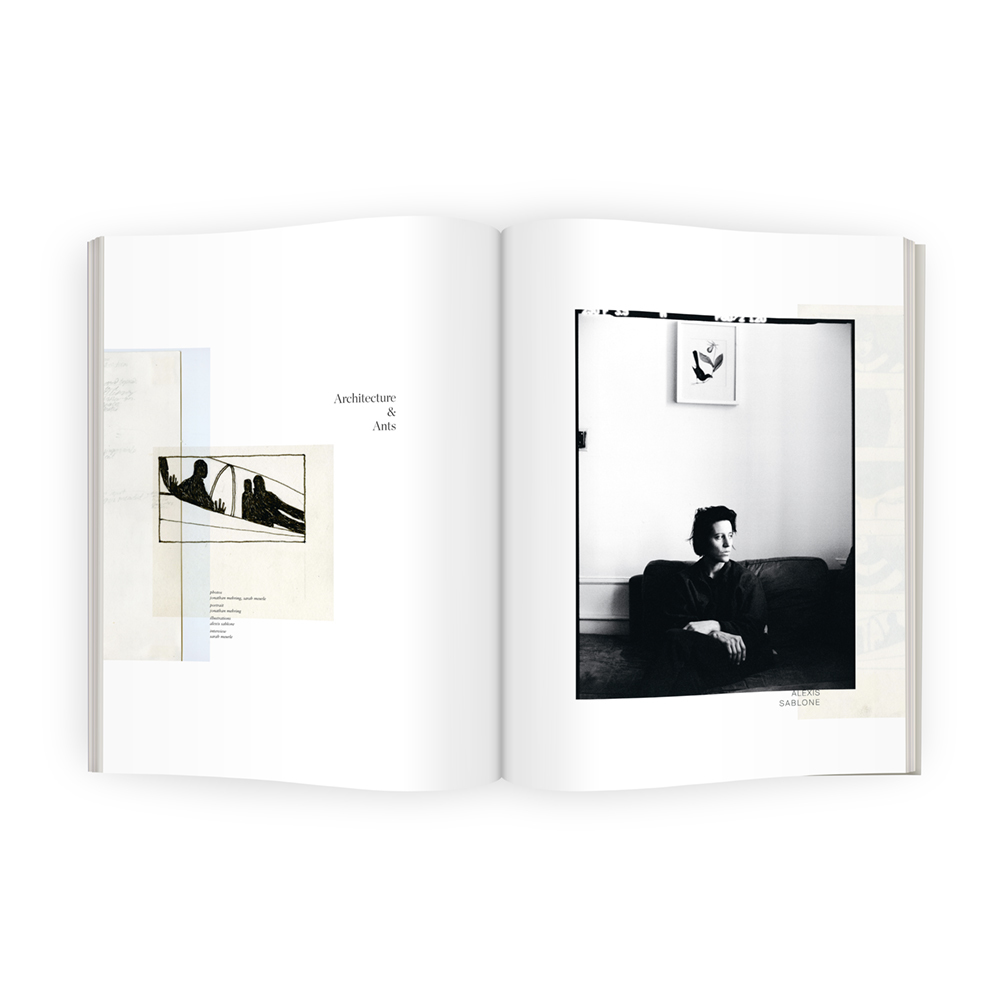 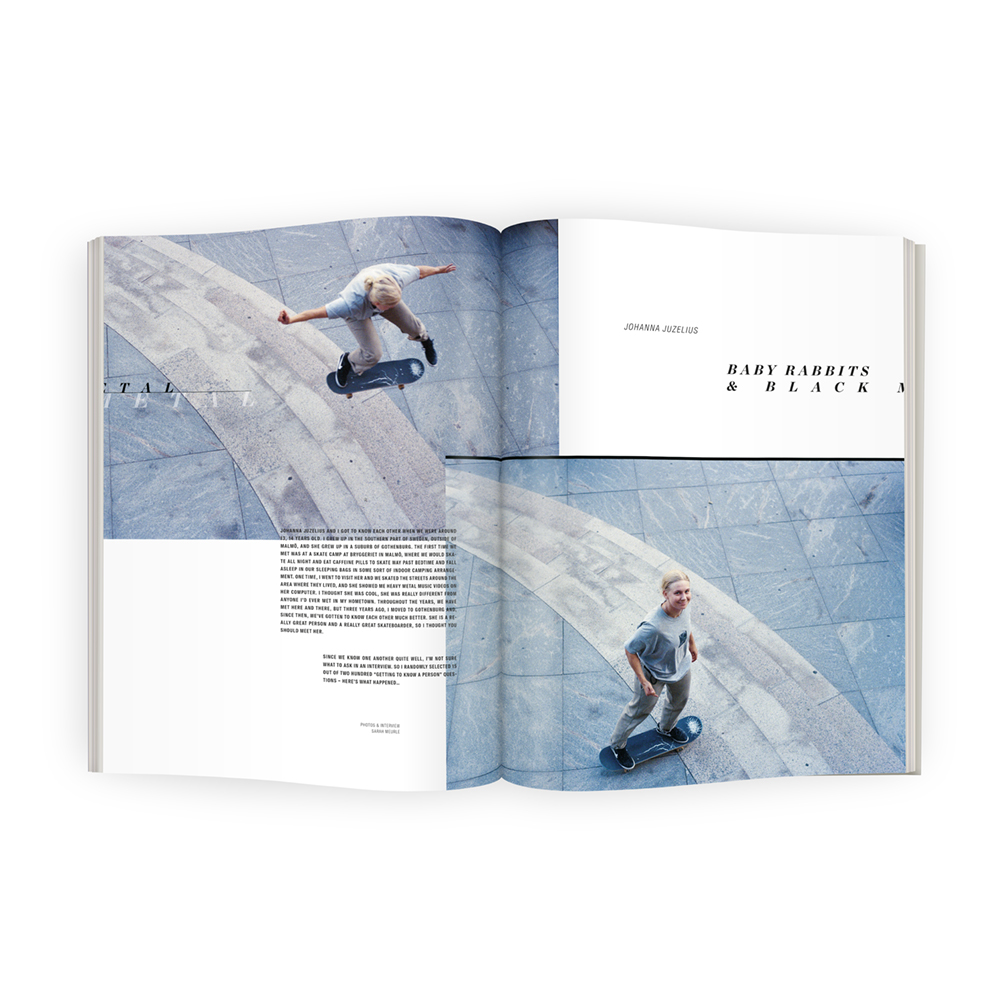 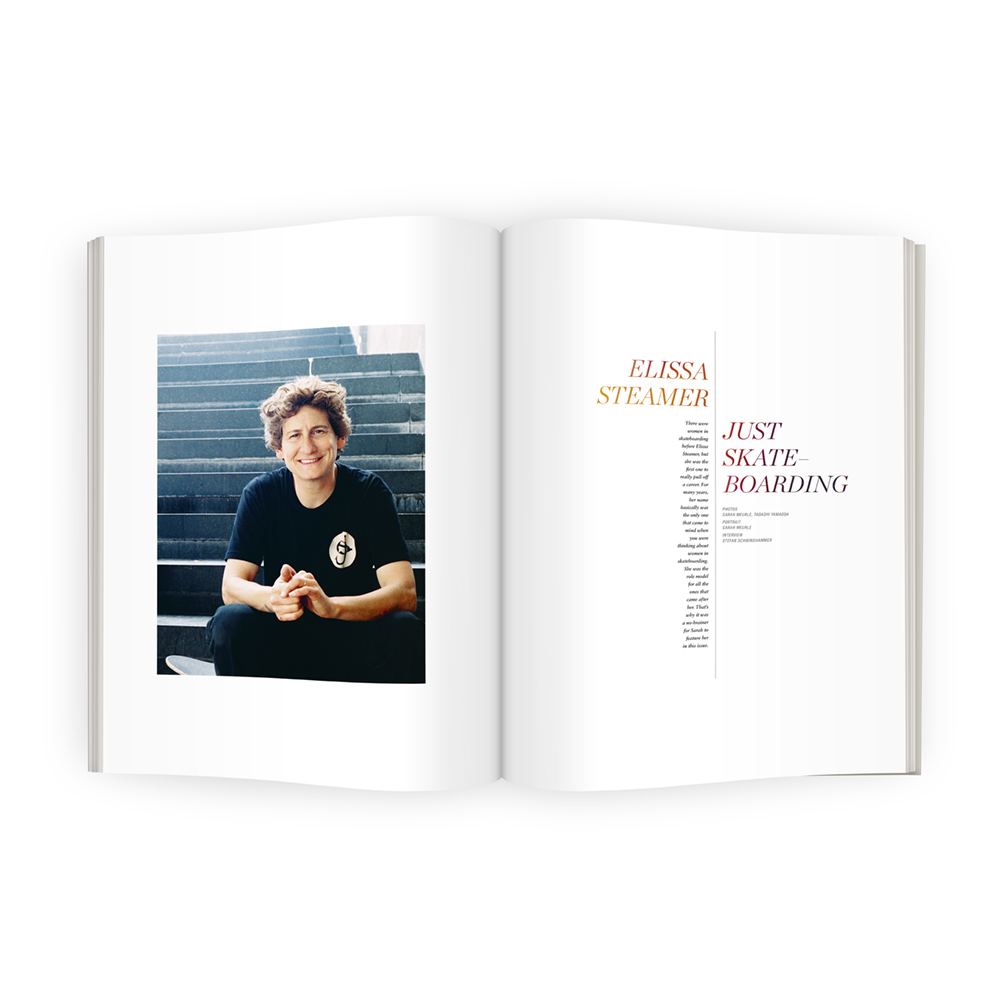 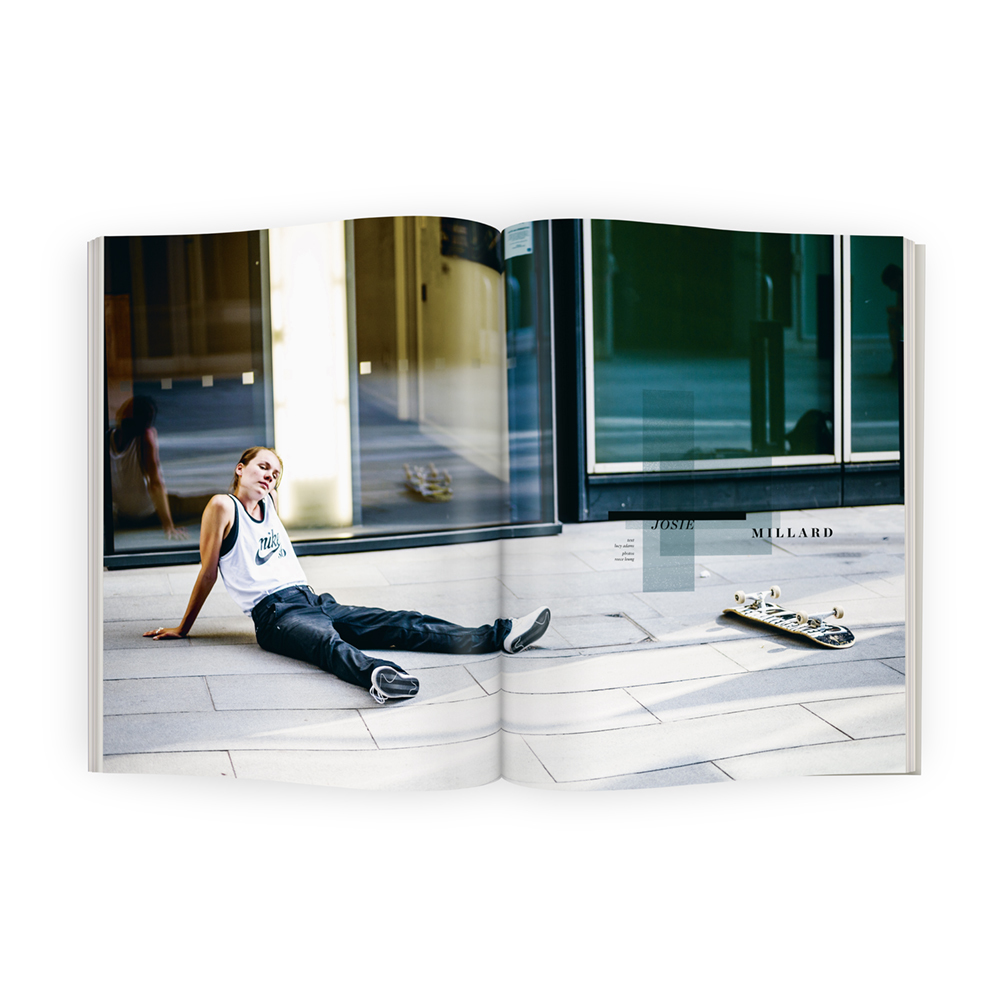 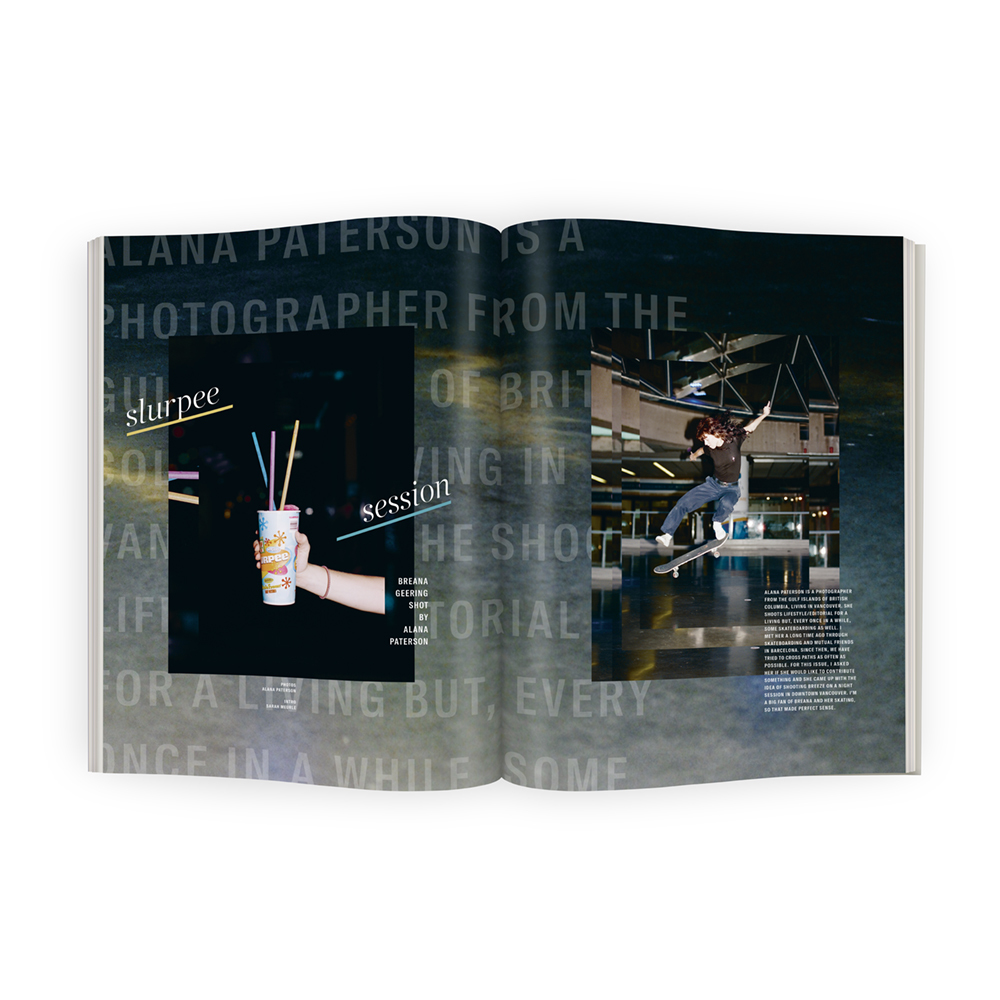 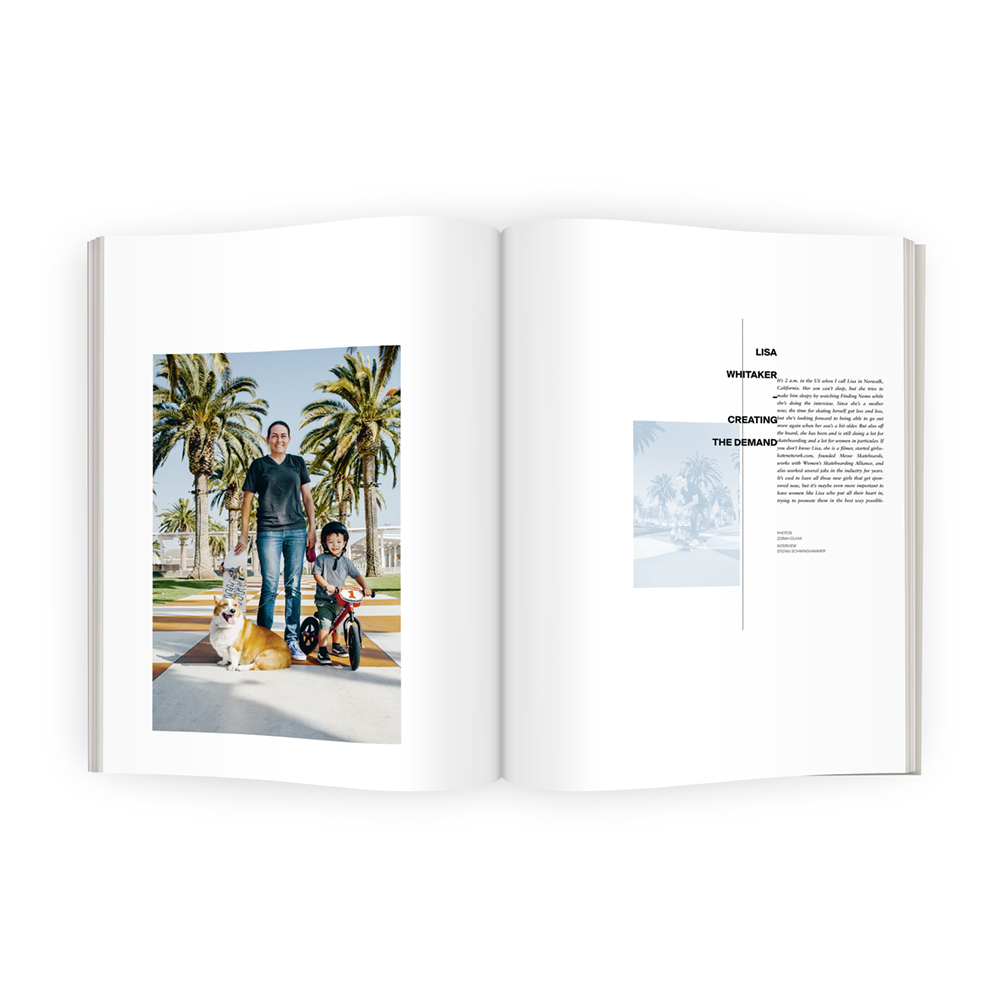 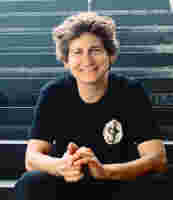 I first met Josie five years ago when she was 15. I pulled up at The Level skatepark in Brighton and there was another girl and it was a shocker for me. She was cruising the bowl with effortless style. She was just racing around the skatepark looking so natural. I knew she was really young and I talked to her, how long she was skating and stuff. She said she started just recently and used to scooter (she’s not gonna like that). She scootered for a little bit and then she found the light. I said we should go skating together, hit up some street. So we made a plan and kept meeting at The Level. Instagram just hit at that time and I filmed her and put some clips on there. The one day we went out to skate street, we went to Sussex University and there are some really cool spots. She showed me some stuff, some gaps and drops and she hucked herself down there. I haven’t seen anything like that before. She was hugely talented. It was so cool to see this girl come from nowhere. The next time we skated together, I told her that I do these sessions that take place in a little skatepark in Brighton. I asked her to come along. It was for 13 and upwards and she came but unfortunately was under the age and had to wear a helmet. So we regularly met up on these Thursday evenings. She pushed me to do more gnarly stuff. She definitely inspired the whole group of people there who came to the sessions and it was their first time of skateboarding. They were like, “Wow, she is so young and she can do it.” So she definitely led the charge there in Brighton and got a lots of girls into skateboarding. We kept on making little clips for Instagram. She just got better and better and got some reposts by some big accounts, Metro and the Berrics. It was so cool to see how skateboarding was blowing up. She just became one of the young Instagram sensations and got lots of followers. She got some interest from different brands, wanting to flow her and just naturally I wanted to help cause I went through this before. Her parents didn’t know what was going on really, they didn’t know she could hopefully make a career out of it. But she got something a lot of people won’t ever have: the steeze and the style as well as the tricks. So Nike sent an offer and she has been really grateful and stoked for their support and has been traveling with them on trips since then. I’m really proud of her, where she has gotten today and how much more she can achieve through skateboarding. It’s a pleasure to have her as my friend and be constantly inspired by someone who is just on a whole new level of skateboarding. That’s great for us over here because we have someone to look up to and she’s traveling and putting the UK on the map for female skateboarding. I’m proud of her and that I’m able to be a part of her journey. She has struggled with an injury in the past, but she is over her ankle and I think next year will be really crazy for her. Hopefully, we can see a full part. Because that’s what I want to see! 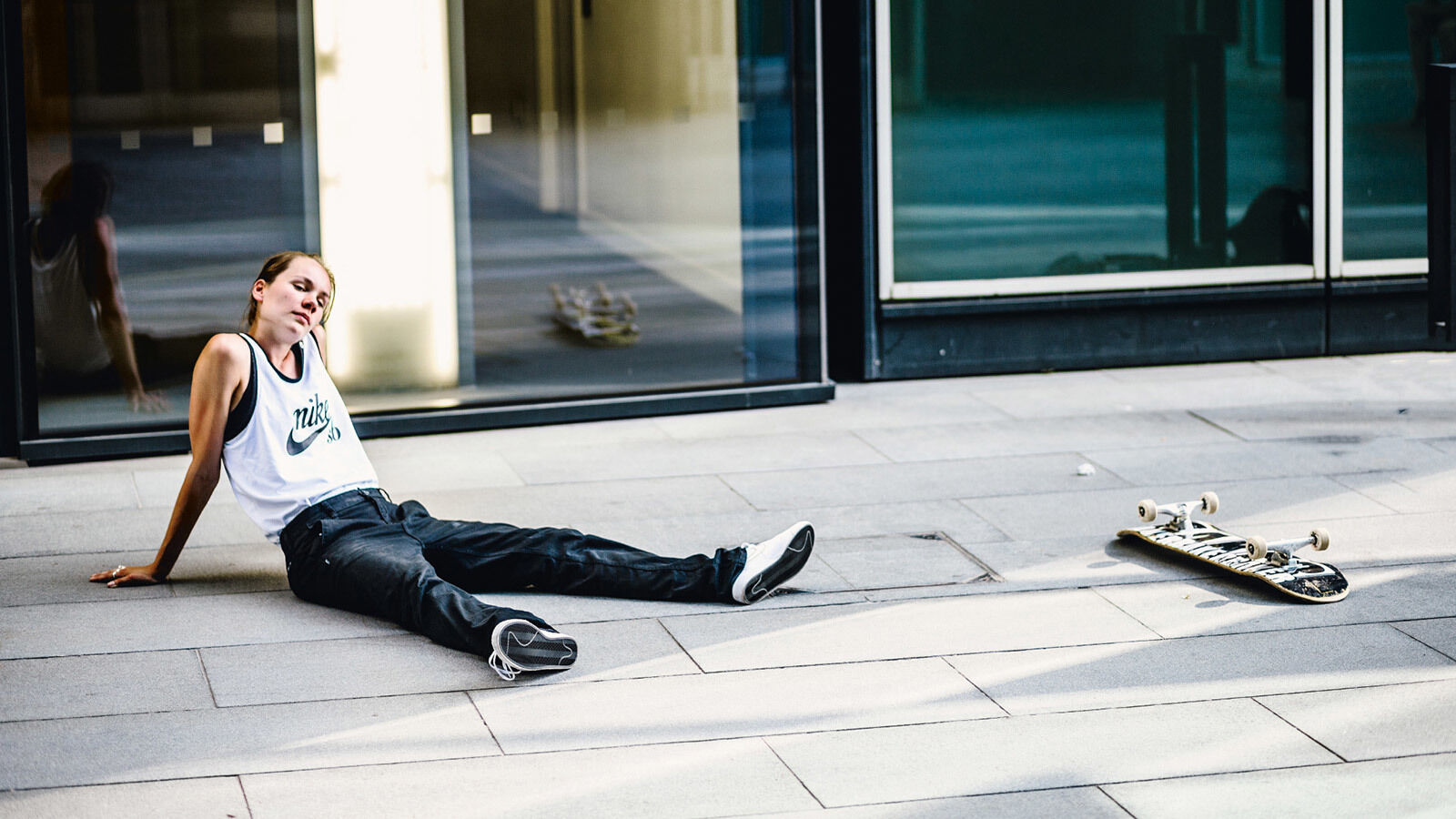 Alana Paterson is a photographer from the Gulf Islands of British Columbia, living in Vancouver. She shoots lifestyle/editorial for a living but, every once in a while, some skateboarding as well. I met her a long time ago through skateboarding and mutual friends in Barcelona. Since then, we have tried to cross paths as often as possible. For this issue, I asked her if she would like to contribute something and she came up with the idea of shooting Breeze on a night session in downtown Vancouver. I’m a big fan of Breana and her skating, so that made perfect sense.

Johanna Juzelius and I got to know each other when we were around 13, 14 years old. I grew up in the southern part of Sweden, outside of Malmö, and she grew up in a suburb of Gothenburg. The first time we met was at a skate camp at Bryggeriet in Malmö, where we would skate all night and eat caffeine pills to skate way past bedtime and fall asleep in our sleeping bags in some sort of indoor camping arrangement. One time, I went to visit her and we skated the streets around the area where they lived, and she showed me heavy metal music videos on her computer. I thought she was cool, she was really different from anyone I’d ever met in my hometown. Throughout the years, we have met here and there, but three years ago, I moved to Gothenburg and, since then, we’ve gotten to know each other much better. She is a really great person and a really great skateboarder, so I thought you should meet her.

On July 7th, I found myself on an airplane to Israel as I’d been invited to teach skateboarding at a summer camp project for local children in Jayyous, Palestine. Entering a foreign culture by sharing my love for skateboarding, connecting to people, and documenting the experience with my camera is what I love most. After similar projects in Afghanistan, India, and Johannesburg, Palestine was the next location life put in my path.

Kristin Ebeling from Seattle and Shari White, who’s from Australia but lives in Vancouver, have built an outlet for and try to promote another point of view of skateboarding with their print project for over ten years. What you see here is a “best of” of the ten issues they released so far. If you want to get the upcoming or older zines, just go to their website: theskatewitches.com 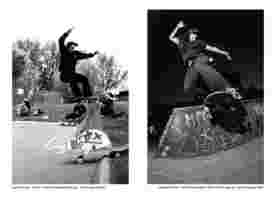 It’s 2 a.m. in the US when I call Lisa in Norwalk, California. Her son can’t sleep, but she tries to make him sleepy by watching Finding Nemo while she’s doing the interview. Since she’s a mother now, the time for skating herself got less and less, but she’s looking forward to being able to go out more again when her son’s a bit older. But also off the board, she has been and is still doing a lot for skateboarding and a lot for women in particular. If you don’t know Lisa, she is a filmer, started girlsskatenetwork.com, founded Meow Skateboards, works with Women’s Skateboarding Alliance, and also worked several jobs in the industry for years. It’s cool to have all those new girls that get sponsored now, but it’s maybe even more important to have women like Lisa who put all their heart in, trying to promote them in the best way possible. 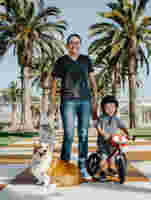 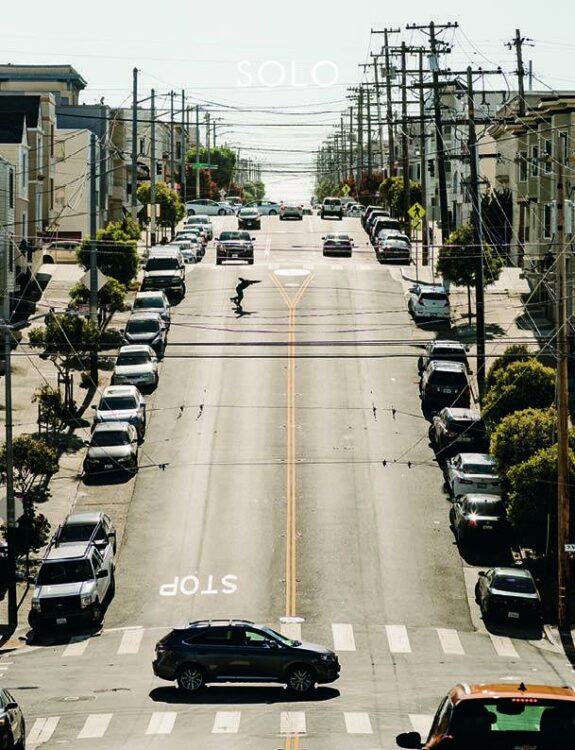 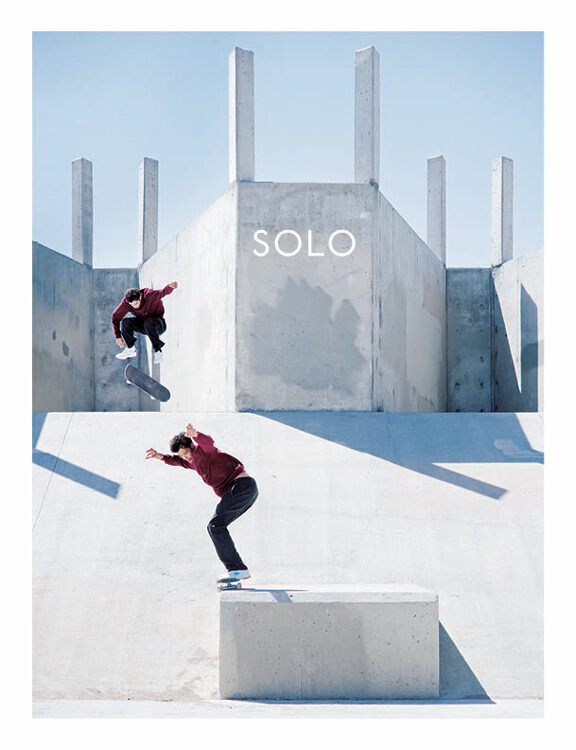 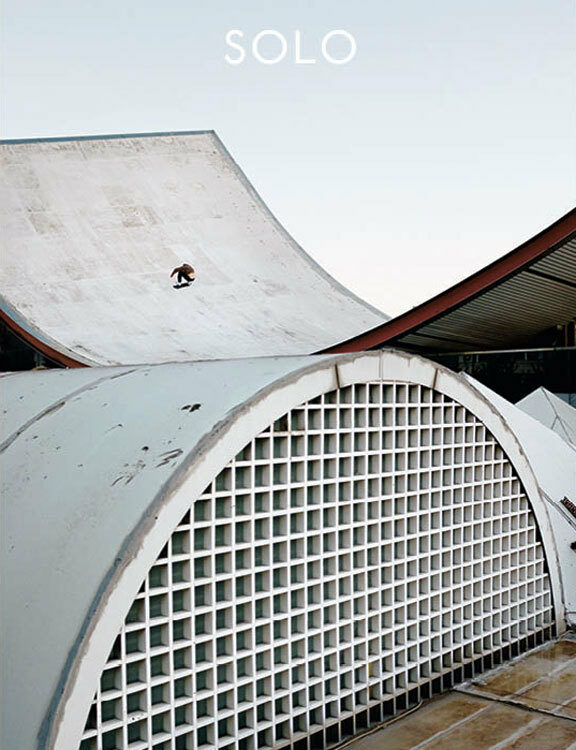 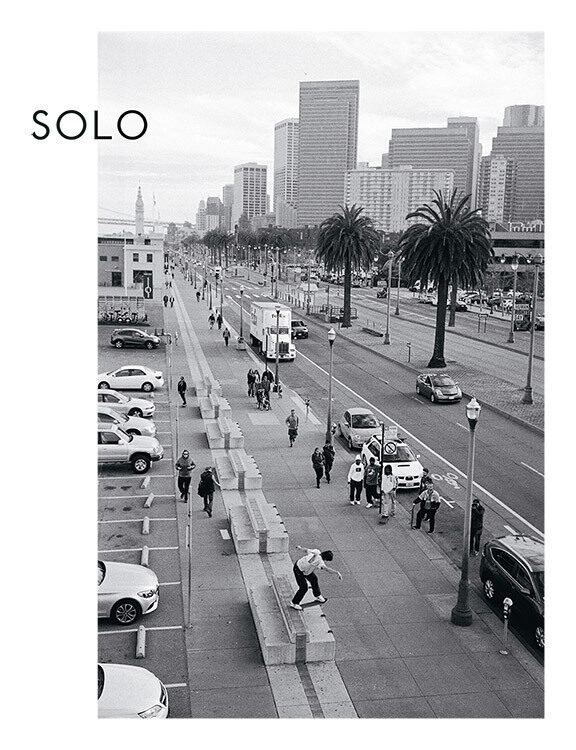