Ishod Wair loves his BMW’s and like to wear a suit sometimes. Why? Check his last words interview. 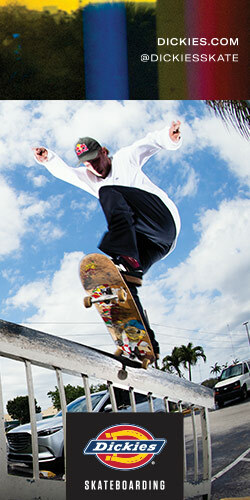 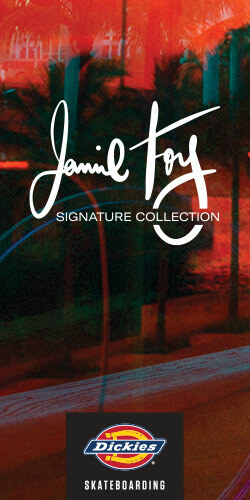 Ishod Wair wasn’t doing too good at the Barcelona Street League, but whatever. He’s not your typical contest skater – he’s a SOTY, so fuck it! We asked him a bunch of questions next to the street course.

What was the last text message you received?

A friend hit me up and was trying to get tickets to come in here.

I learned two days ago how to do front crook to switch 5-0.

I was trying to do a line with a backtail kickflip here in Barcelona, but I ended up just doing a line with just a backtail because it started to get dark and I was tired.

I give a lot of hugs. It was definitely last night but I was pretty drunk so I don’t really remember the last person it was. It might be Torey Pudwill because I saw him right before I got back to the hotel and I gave him a handshake and was like: „Yo, what up?“ Bitmoji. I haven’t used it yet but I downloaded it.

Oh last week! In New Jersey when I was skating this rail. Destroy!

When was the last time you said: „Last try“?

What was the last photo you took?

It was in the cab last night. I was fucked up and bought a 40$ shot. It was like 36 years old. Some whiskey and I zipped it for a little bit and I was getting rush and slammed it and almost threw up. And I'm like: „I'm fucking not throwing this 40$ shot up!“ And then I took this picture.

Probably two months ago. I just felt like wearing a whole suit. Just on a random day, I was bored and didn't know what to do so I just put a suite on. I had to go home and see my mum and I just wanted to look nice so I put a suite on.

Last time you worried about skateboarding and why?

I worry about skating all the time, but for different reasons. The last time was probably yesterday. Some things are questionable in skating.

Stevie Ray Vaughn. I don’t remember the album but it was the dopest one he has.

Three days ago when I got out of the sauna and got into a cold shower. It feels like you get reborn. So hot in the sauna and then you get into regular temperature water and you just start to scream. It feels so good.

My car, it’s the one on my board. It’s a BMW E 30 and I got a E 36 M3 Engine swapped into it so I just do donuts and shit. Ripping around in that thing is so tight! I got two of them. I got one in California and one in Philly and they both have M3’s in them. They are quick.

A gift you got last christmas?

My mum gave me a bunch of framed photos of the family. And that really brought a tear in my eye.

When was the last time you met Eric Koston?

We did a Nike trip in Hawaii. Good times!

Good vibes all around. Stay positive! Jan Hoffmann is killing it i...

Ed Templeton doesn’t need to be introduced. Lets just say we met him in Munich for a little interview.

Sven Kanclerski isn’t just a skateboarder, he also is a photographer, a trained artist, and he builds weird boards out of whatever he finds.

Etch a Sketch and childhood drawings. This interview with Spanky from our Dustin Dollin issue is slightly surreal.

Søren Nordal Enevoldsen combined a normal ditch, which is empty most of the time anyway, with a skatepark.