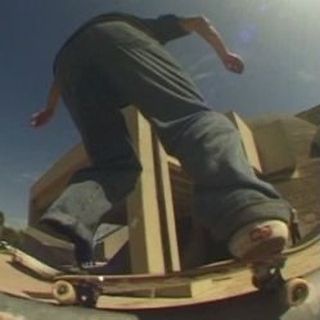 Colin Read’s "Spirit Quest" video is a true masterpice and Chris Jones has an incredible part in there.

Quick feed and long lines. Mark Suciu stands for this.

With Dustin Dollin now living in Paris, the Volcom team took the opportunity to visit him.

A video of O.W.L (Orwellian World Landscape) on the Sussex coast.

Doobie, Pfanner & Vans Europe! Could you ask for more?

On a supermarket parking lot in Berlin, the Radio Mischpoke invited back to the 90s – funbox included.