The Art of Skate Documentary

Lennart, how did U-topia come about?

Lennart: One of the locals built a concrete tranny onto the existing ledges. It got torn down immediately the next day and the house was mad pissed. This conflict lead to the city counselor in charge of cultural affairs in Dortmund coming up to us, saying, “You need a place to skate, we have a place, you can use it till it’s being built on.” It was the simplest solution.

And what lead to The Art of Skate exhibition?

Mechthild: Basically, the skaters have used the Dortmunder U as a hotspot way longer than it has been a cultural center. At one point, our marketing department tried to adapt the U as a cultural space in an environment that already existed before, and not the other way around. They said, if here, then also with ramps and more consciously in a way but still outside of the building. Then there was this European project running since 2016, asking how to open cultural spaces in the digital age. We just thought, “Damn it, we need to start engaging with our environment, namely the skaters who were using the outside of our house.” We were wondering whether or not we could connect what happens inside with the things happening outside. With Lennart Miketta, we had someone we knew in the first place because he worked at the cinema society in our building, and then we started thinking about how to tell a story about meaningful use of public spaces together. You as skaters redesign the city in a special way, that’s definitely a creative act. Are there any things that overlap and can be told together? Is there something that enables us to be a platform for discussing urban society? We want to know what happens in the city and what creative endeavors or ideas exist besides putting paintings on walls. Something that is creative and just says, “We create culture.” It was great that this team came together and said, “We would like to tell how we look at the city. We know about the conflicts because they happen to us daily and we would like to discuss this and create a forum on neutral ground.” 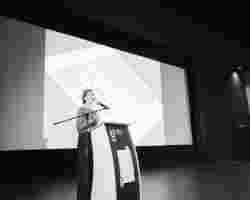 "The things within a city have a certain function, and then there are outlaws who break out of this. I believe that people envy this kind of relaxed atmosphere. People are envious of others for claiming the freedom that everyone could have."

Were those the fundamental ideas behind the exhibition?

L: The change of perspective was the idea to begin with, to bring skateboarding across to people who don’t skate, to make them understand what this is all about.

Mechthild, what has the biggest potential for conflicts between skaters and non-skaters from your point of view? Is it just the broad-brush argument of being loud and destroying things or is there more to it?

M: It destroys things, but there’s also more to it, some kind of norm that tells you that you shouldn’t do things like that. The things within a city have a certain function, and then there are outlaws who break out of this. I believe that people envy this kind of relaxed atmosphere. People are envious of others for claiming the freedom that everyone could have. Cities entail the fight for spaces. Every person needs space in one way or another and this space is constantly being curtailed. This sometimes makes it annoying to be forced to have regards for others, and at one point, you just think, “That’s just a walkway and sometimes it should stay the way it is.”

What’s your point of view on this Lennart?

L: All in all, sure… Skaters who skate street make use of public space and possibly damage or break it. That offers a big potential for conflict. You skate in an area that belongs to someone and that isn’t completely public, for example, in front of a bank. They have security guards and, of course, they are told to tell us that we aren’t allowed to skate here. However, then you also have that one skater that wants three more tries. He’s gonna get his three tries, then you leave, and maybe come back later to do the trick again; and the security guy comes back and is super pissed – understandably. It’s his job. Maybe he wouldn’t even care if it were only for him. I think it’s about the appropriation of space, no matter whether it’s public or private, and also about the question, “Who owns public space and decides how to use it?” Different groups want to use it in different ways and this implicates getting in each other’s way. 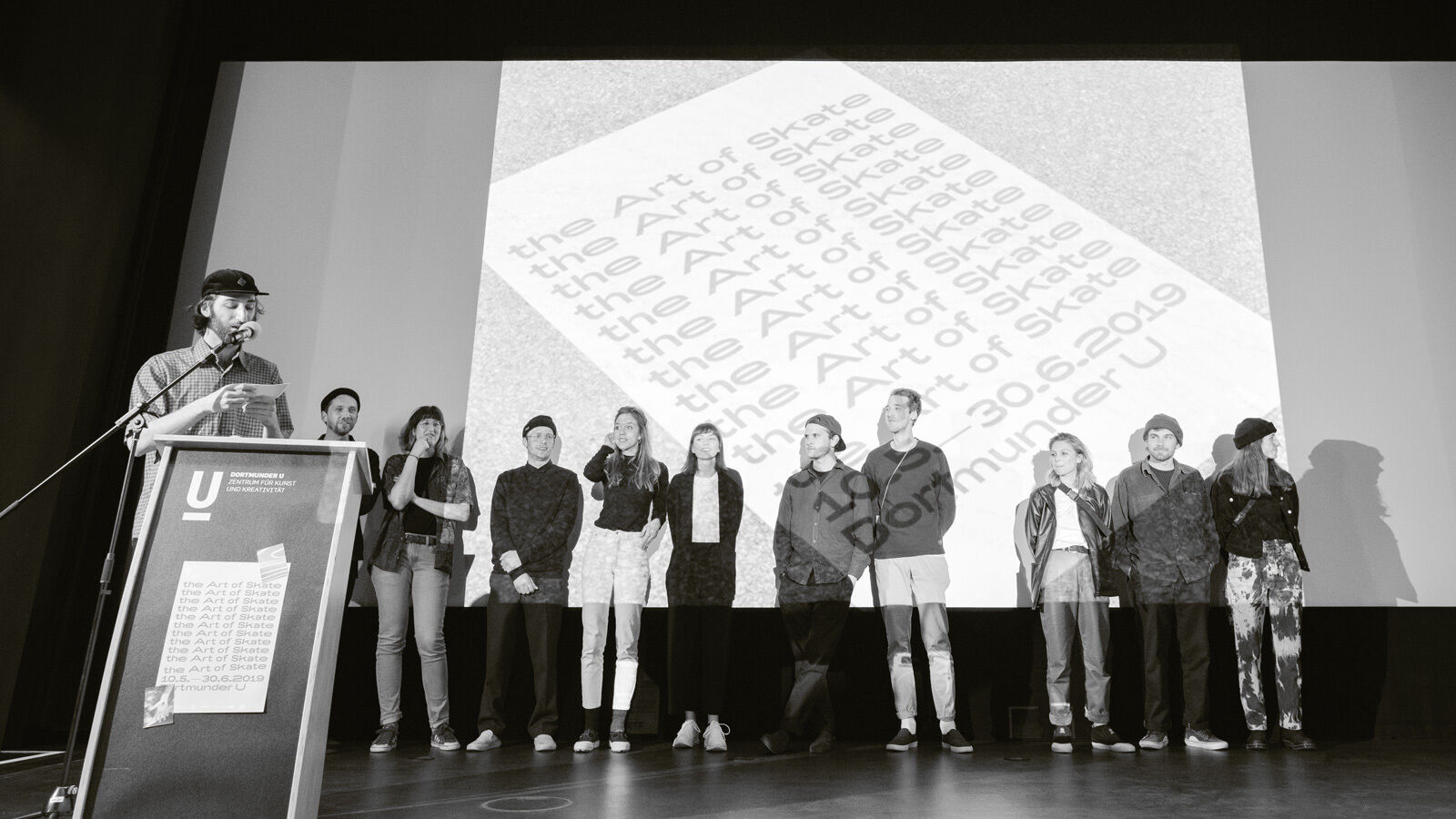 "In a way, it’s good that it’s not allowed and appreciated to skate everywhere. Where else is the rush if it wasn’t for that?"

What kind of conflicts do you face in Dortmund?

L: Here at U-topia, there is a conflict with the director of the technical college that is right next to it. When you skate before 3 p.m., for example, and people are writing exams at the time, they can dispute the results; and that has built up to this huge problem. Even when we communicate opening hours, not everyone sticks to them, and then the counselor for cultural affairs gets another 20-page-long e-mail. “The skaters are too loud, people drink alcohol there, drugs are being taken…” Of course, there are homeless people who are welcome and can stay when they’re cool. If they start to get their needles out, you gotta call it off though.

What other ways can you think of to dismantle conflicts besides starting a dialog as you did with the exhibition?

L: Well… I think that’s a question of whether you really want to dismantle these conflicts. In a way, it’s good that it’s not allowed and appreciated to skate everywhere. Where else is the rush if it wasn’t for that? One way could be that a city builds new plazas compatible with the needs of skaters. Building ledges in a way that they don’t break straight away. I think there is a similar concept in Melbourne that plans to design the city to be skater friendly. Probably, people would still get mad when they get a board straight to their ankle…

Do you get any feedback for the exhibition from people who didn’t have any contact with skating in the first place?

L: I get some feedback when I randomly go to the exhibition and maybe see a senior couple checking out the VR headset. What I hear is usually positive. People are pretty interested, “Oh, that’s how fast you go through the city?” and thinks like that. There are things we definitely can get across to people.

Most of the time, problems dissolve when you try to see them from the other’s point of view.

L: For sure. There are still many conflicts, but at least, you started some kind of dialog. That doesn’t happen too often, I guess.

Mechthild, did the exhibition teach you anything about skateboarding that you didn’t know before and how has it changed your thoughts on it?

M: Yes, on the one hand, I realized how productive negotiation processes like these can be where different ways of thinking come together. Secondly, I just started looking at skaters in a very different way because I met great respect, passion, enthusiasm, and reliability. I can look at the U-topia from my office. When the city said to the skaters that they can have it in May 2018, within one day, the first three ramps were built. It amazed me to see an initiative that voluntarily puts so much energy and competences into organizing and producing something like this. That was something I would’ve never thought about before. The excitement, the respectful relationship, and passion I would’ve never expected in such a strong way.

Collages, skateboarding and currywurst with fries – we visited Laura Kaczmarek at home in Bottrop.