Stuttgart, Munich, and Innsbruck – that was the route on which demos, signings, and street skating took place. A classic tour. Chris Joslin, Barney Page, Trevor McClung, Thomas Eckert, Jiri Bulin, and Nassim Lachhab were sitting in two vans filled with the sounds of Afroman songs, along with Mike Manzoori, who occasionally put the gimbal away to bag a few tricks himself. He’s like Clark Kent once he takes off his glasses. The weather caused a demo to fall through, but nobody wants to read something about the weather or demos anyway. It’s much more exciting to hear that a few locals followed us to a backup street session in a subway station, where an eleven stair was worked on. Nassim did a nollie flip, Joslin a switch frontside heel, nollie heel, and fakie heel (business as usual for someone with his skills), and one of the locals didn’t waste any time to jump with Chris, trying a – Caution, the following could lead your brain to melt! – pressure inward heelflip to backside body varial. At least, that’s what we think it was. Remember: we’re talking about an eleven stair right now, and the dude was built like a fridge. What looked like him throwing his board into the void and jumping blindly after it in the beginning, lead to the whole crew freaking out 30 tries later as he was about to land that thing. 30 tries after that (and three broken boards) he had almost knocked out his teeth, shot his knee to pieces, and destroyed his elbow. Luckily, he got out of it with a halfway intact body. He had to stop doing the trick eventually, but that’s not the point. What was the point? I don’t know. Skateboarding; most likely. Having a good time; always. Friendship; in any case. So jump into the van and follow the guys on their way to spots and bliss in Germany and Austria. Or as Barney Page likes to say, “I hate people.” Blinker smiley. 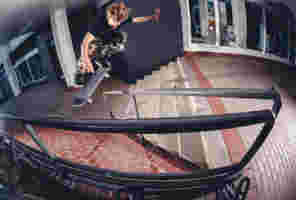 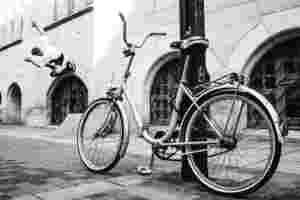 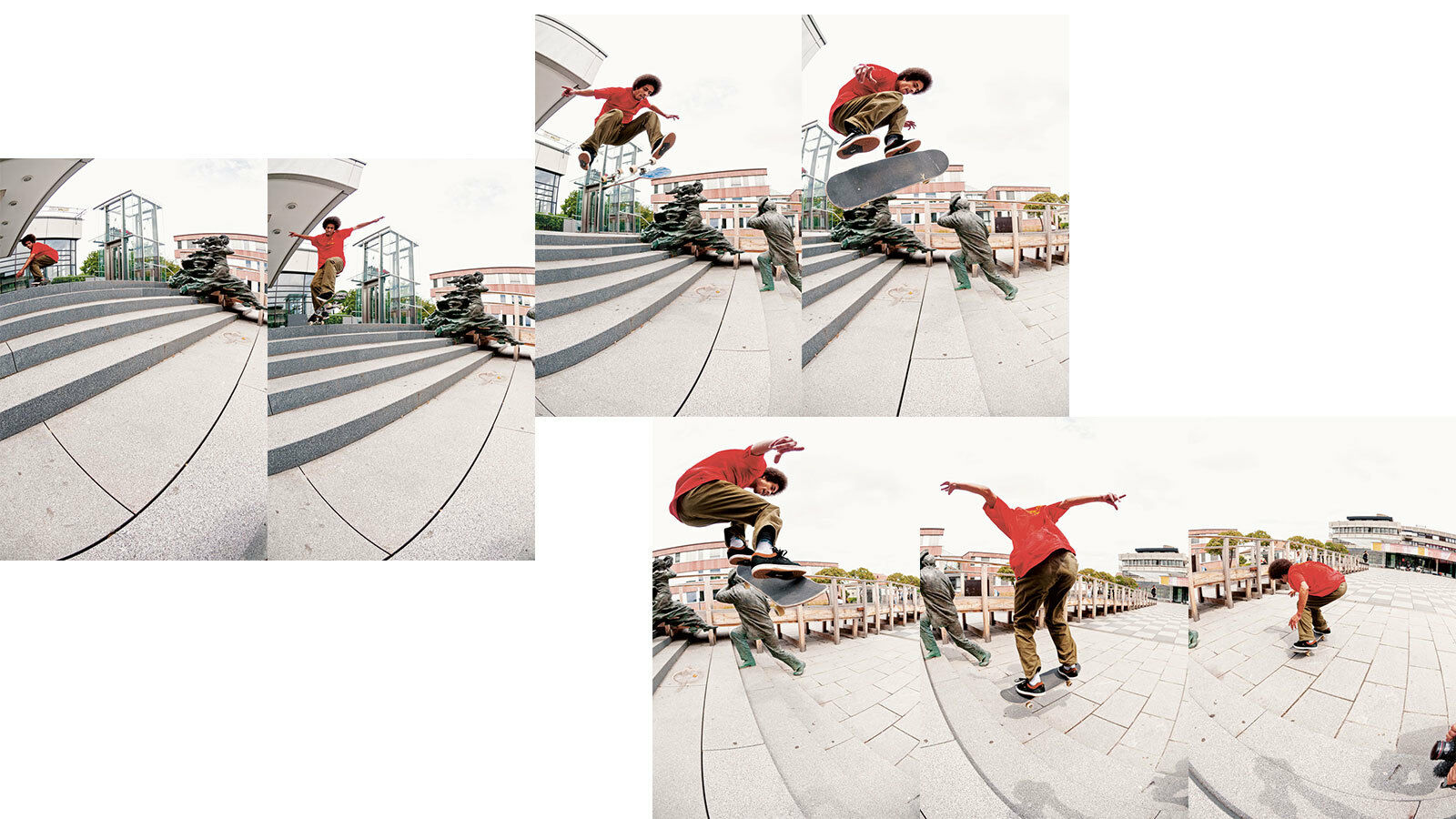 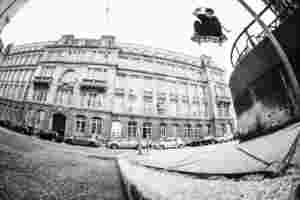 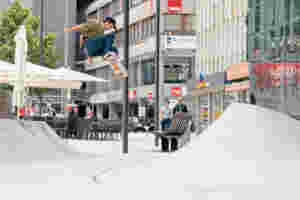 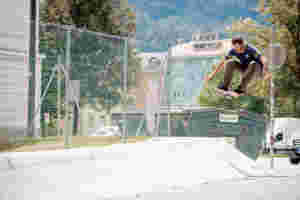 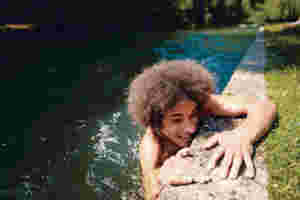