Berlin based photographer Dela Charles Lampacher was bored of studying and started a trip around Europe, Australia and the US which turned into a photoproject, which again turned into a book about skateboarding, architecture and urbanism that is out now.

The book shows a series of images collected on travels over the course of several months (around 548 days). In her work, Dela combines her view on architecture and urban structures with her experience as a skateboarder.

The book has 96 pages, a softcover and includes a poster. You can order it here for 30€. And there is also a limited run of screen-printed shirts that have been made together with Carhartt WIP. 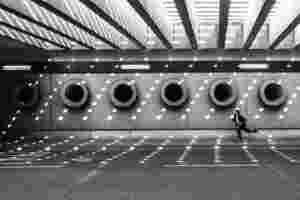 To get a little insight into the project, we asked Dela some questions:

Why 548 days and why the six cities you chose?

I had planned that the project will take one year… Since I didn't know exactly what I wanted to do, but wanted a break from studying, I decided to escape the winter in Europe. Then I thought, why not get as much out of it as possible – different places, different architecture, new spots? Then all of a sudden it was two years, COVID came and it was three years. Then we needed a title for the book and 548 Days was relatively fitting, cause I was out in the streets shooting photos for 1 1/2 years. The cities just kind of fell into place. I've been to a lot of places, but I haven’t found suitable spots for the book everywhere, or sometimes no skaters. Then there’s security, bad weather, etc., which all have an influence on shooting a skate photo.

How did the architectural approach come about?

I always kind of photographed houses and structures. Mostly objects that were rigid. Then I stopped taking pictures altogether for a while because something was missing. I think it was the movement. Now I’ve found it and I’m enjoying it again.

Actually I don’t miss anything specific, everyone should do what they enjoy. Just like there are different styles in any kind of photography, there are also different styles in skateboard photography. If someone wants to take photos they should do it and go their own way, try it out and ask if they wants to know something. That’s actually the foundation of this book, based on what feels like 1 million questions.

You deal with architecture and skateboarding, which always automatically leads to thinking about who owns public space and how it can/should be used. What would you say: What does the future of urban space look like and what place does skateboarding have in it?

The word “public space” says it all. It’s about a space that should be for everyone. Unfortunately, this is not always the case. I think it’s important to make people understand that we don’t want to destroy anything when we skate in the city, and we don’t want to bother anyone with noise. I also find it interesting that more people start to skate and that leads to more architect skaters and hopefully they incorporate small spots here and there in their constructions. 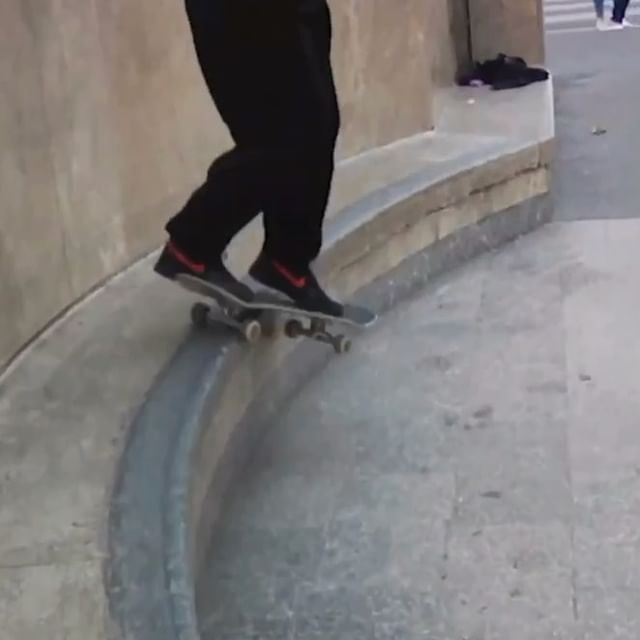