Friedjof and I have been friends for a long time and we have traveled together dozens of times in all these years. However, the drive from Hanover to the Lofoten Islands would turn out to be one of the most intense experiences we’ve ever had. For two weeks, we lived in the back of Friedjof’s 30-year-old Volvo. Ever since I had a panic attack while driving a car about two years ago, I have rarely sat behind the wheel and if so, then only with the utmost effort. That’s why I was facing the 7,000 km [about 4,350 miles] long route with mixed feelings. Thankfully, the meditative monotony of the streets and the beauty of the landscape washed away my fears quickly; and even time itself was lost on our journey up north. 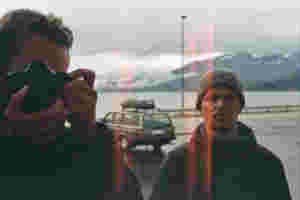 We decided to drive through Sweden first in order to continue our route to the Lofoten Islands through Norway after crossing the Arctic Circle. What sounds relatively easy turned out to be a test of patience for both men and machine.Already in the south of Sweden, the Volvo became noticeably uneasy and, shortly after, we couldn’t avoid our first visit to the nearest car repair shop. In the beginning, we were accompanied by heavy rain clouds, but after a couple of gloomy days, we escaped the bad weather and our moods brightened accordingly. Now, it was possible to enjoy nature, to hike, swim, and skate some spots we found along the way. The trip slowly unfolded its liberating effect and, at some point, we just started to take things as they came. During the day, we lived for the moment and, afterwards, spent the nights in nature. We either slept in the car, in public wooden cabins, in the tent, or – a little insider tip – in the changing rooms of bathing sites. In Norway and Sweden, the freedom to roam applies, legally called everyman’s right, which grants all people certain rights regarding recreation in the wilderness. Therefore, Scandinavia presented itself as one enormous bed. In the evenings, the campfire became the center of attention, where we cooked and warmed ourselves. However, it also attracted foxes several times and after they stole our food, we had to retreat to the car with empty bellies. 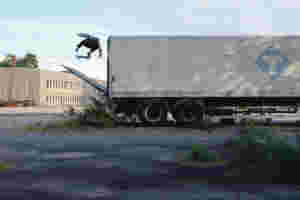 "We didn't look for them but rather stumbled randomly across spots, which have never been and probably will never be skated again" 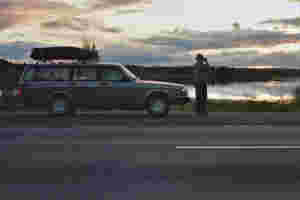 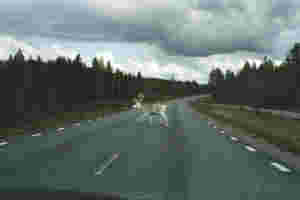 At the same time, our travels turned into a skate trip rather unplanned. We didn’t look for them but rather stumbled randomly across spots, which have never been and probably will never be skated again. Most places were pretty isolated. The backside wallride spot is located in one of the northernmost villages of Sweden – behind the lighthouse on the Lofoten Islands, there’s nothing but the ocean till Greenland, and the rusty shipping containers were stacked in Lapland. Besides that, there was not a soul in sight, just moose and reindeers. Skating has never been that peaceful. The few people we met were friendly and helpful. Even during their day-to-day business, they let us skate the parking lot of a warehouse and also helped us out with a broom. By chance, the guy in charge was the first skater in this region and build the first wooden ramp here years ago. Only once, an employee of a grocery store complained about the wallride marks by saying, “This is not a playground. You should be old enough to know not to do this!” We drove on and both knew that we shouldn’t have done that, but we also knew that we surely wouldn’t be able stop in the future as we get older. There are plenty of journeys to come, and we will try our best to maintain the ability to view the world as a playground. 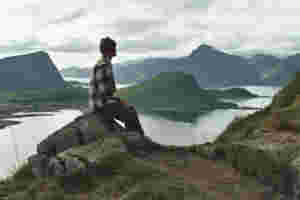 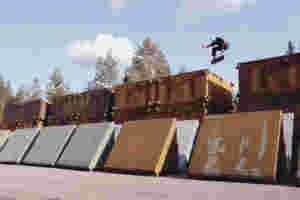 "Behind the Lighthouse on the Lofoten Islands, there’s nothing but the ocean till Greenland" 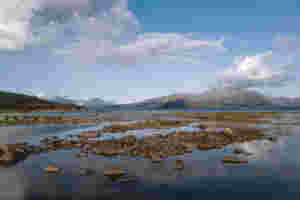