Justin Sommer has a German cellphone number. For Berlin, of course. And a Spanish cellphone number for visiting Barcelona (which happened quite often recently). If you think then that two numbers double the chance of getting ahold of him, you’re wrong. Especially when his phones are on flight mode all day long. But we’re used to that. Flip tricks and chill can keep you busy – especially if you flip on a level like Justin. Nothing to do besides skating right now but thereof quite a lot. After all, he’s one of the most promising German skaters right now. In the end, it worked out to get him on the phone, and we had prepared 66 questions for him (by the way, credits to Moritz von Uslar). Tampa, US board sponsor, Olympic team, body varials – let’s get it on! 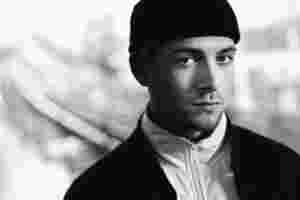 How does it feel to start your first run at Tampa AM?

I was a bit nervous, of course, when I went for the first time. But besides that, it wasn’t that much different from other bigger contests I have skated before, like, for example, Barcelona AM.

What was the craziest thing you saw in Tampa?

Right when I arrived, I saw a transvestite. First we thought it’s a woman who is walking around naked next to the restaurant we were sitting in. But it was a transvestite, naked with ripped off clothes. That was pretty much the first thing I saw in Tampa right there.

Who was your legal guardian since you weren’t 18 at that time?

Leo [Preisinger] was my custodian. He had a proxy from my parents.

What did you do with the incredible amount of dollars you won?

I think I got a couple of beers at the after-show party, but I couldn’t really do anything else. We wanted to go to a strip club, but I wasn’t 21 obviously. Besides, I just spent it on living because I didn’t have any cash back then.

To always stay down-to-earth and be cool with people.

What did Sebi [Vellrath] teach you about women?

[laughs] As much as possible.

I don’t know if they even like me at all. They could just as well hate me.

How do you imagine the perfect date with your beloved?

I would take her out for good breakfast and then to the spa. And then… I don’t know.

How does it work when Santa Cruz wants you on their team?

I don’t really know. I got to know them in Tampa recently and they said that I should come and skate with them in January. I’ll be in LA anyways. They also want me to film a welcome part. So it was basically just skating and being cool with each other.

Did everyone on the team know who you were when you met them on your Europe tour?

Nah, maybe a couple because Santa Cruz posted my part.

"I didn’t really smoke bong at all. Only when I hung out at Philipp’s [Oehmige] place."

Can you list the whole Santa Cruz team from the top of your head?

How does it feel to be on tour with Eric Dressen?

True, he was with us as well. But he was very calm and I didn’t talk to him that much. He chilled a lot and only skated a bit.

What do you think about the old Claus Grabke Santa Cruz parts?

I didn’t see them to be honest.

When was the last time you got stoned?

The last time I went to Barcelona. About a month ago.

Don’t you have to quit because of the Olympics?

I had already quit before it all started about a year ago. I just wasn’t feeling it anymore. But since I was drunk, I just took a couple of hits.

How often were you hitting the bong back then?

I didn’t really smoke bong at all. Only when I hung out at Philipp’s [Oehmige] place.

Who has more budget, Philipp Oehmige on Adidas or you on Nike?

Probably me on Nike. But I don’t even know how big my budget is. We’ve never really talked about it. And I don’t know how much Oehmi gets. Maybe it’s the same, maybe he even gets more.

What would you prefer, getting gold at the Olympics or being Skater of the Year?

Skater of the Year, of course.

What was the best thing you’ve done so far with team Germany?

I have only been on one trip so far and that was the Far’n High contest in Paris. But the guys also went to Woodward. I couldn’t go though. But I can imagine that they had a blast.

And what sucks about team Germany?

Nothing really. I think it’s a good chance for everybody in it and I don’t think that there’s anything wrong with it. I consider it positive. 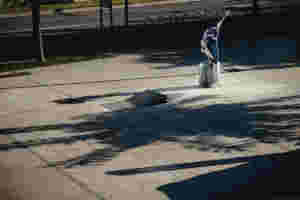 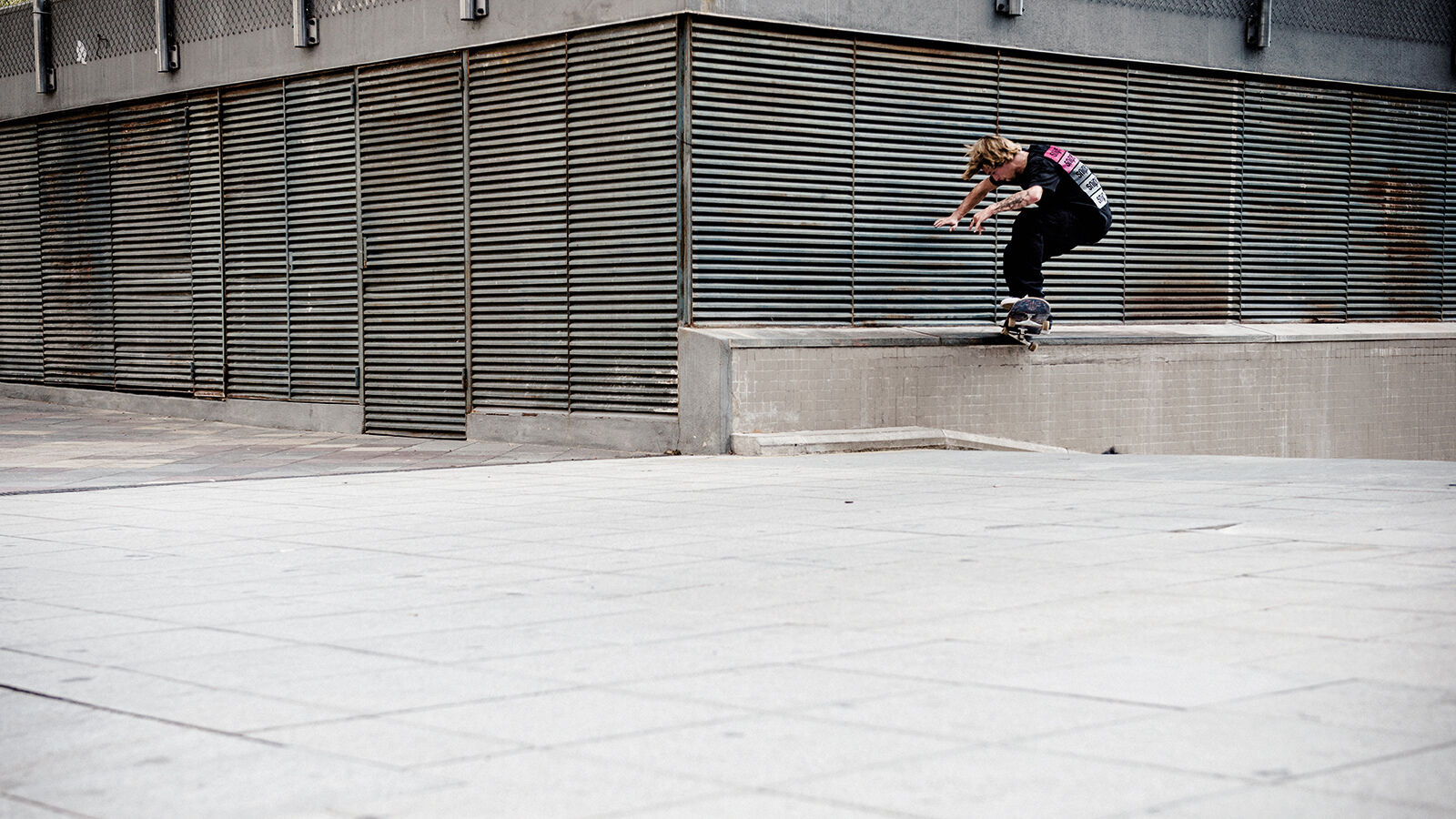 Or can it be better to spend the winter at the Shelter?

Are you always jet-setting or why is your phone in flight mode that often?

Because my battery is fucked.

What’s the best way to get ahold of you?

How does the fine lines [Cologne based agency, editor’s note] strategy for your career look like?

I don’t know to be honest. I talked with Joni [Wronn] about stuff like that before. He’s planning some stuff and wants to support me, but nothing concrete. Thanks to Joni for the support for sure!

Which trap song can you perform flawlessly?

To be honest, I even rap along without knowing what the song is about and end up rapping random bullshit.

Why should you always add a body varial to every trick you’re doing?

Maybe cause you’ve already done too many kickflips.

Is it annoying that people are successful in skateboarding only because of wallies and powerslides?

Not at all. Everybody as they like. Nobody complains because I do too many flip tricks.

Do people compare you to the young Sami Hariti sometimes?

Probably because of the one footers. But I got them from him, too. He did the best. It inspired me for sure.

What was the craziest COS Cup bender you ever witnessed?

Everybody got fucked at the one in Großenhain. I think literally everybody got too messed up at that one. A couple of things happened that night that I’ll never forget. Kelvin, a homie from Berlin, and I were totally fucked and we just got back to the gym we slept in next to the skatepark. We were just making so much noise in the kitchen and trashed everything. We were throwing around with cake and so on. We got in some trouble for it, but after we said that we were sorry, everything was cool.

"Basically, loyalty and honesty. These are the most important traits I look for in friends."

Which ride at the Europa-Park Rust [theme park in which the COS Cup finals take place, editor’s note] gives you the most joy?

Which character trait do you admire most?

Loyalty and being open about what you think and not keeping your own opinion secret. Basically, loyalty and honesty. These are the most important traits I look for in friends.

Do you have any role models?

When I used to play soccer, I had idols like Cristiano Ronaldo, but I don’t know about it nowadays.

What should you avoid when you’re partying with Ludi [Dennis Ludwig]?

Nothing. You should just join everything he does to the fullest and stick to it all the way to the bitter end.

What are the necessary ingredients for a successful night at the Jamboree Club in Barcelona?

And the honest answer?

Why didn’t Red Bull try to hook you up already?

No idea. Jost [Arens] talked to them about it once. Maybe because I’m on Nike and there are head-to-toe deals and Red Bull wants you to wear the caps and beanies. But actually, I don’t really have a deal with Nike. I just get some shoes via fine lines. 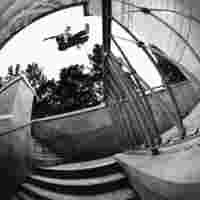 Is there a trick that still has to be done at the Polendenkmal?

Yes, the flatgap to drop at the eight stair hasn’t been skated that much. I think only two or three tricks have been done there. I’d like to do kickflip or fronside flip. Two tricks I can do far and high.

Who’s the biggest G on a skateboard?

What do you need to be a G?

Fake gold chains for two euros. And big pants. No, I’d say just being real and not forcing anything.

How much should you spend on a proper golden chain?

Three bills… Two bills… But you don’t get anything cheaper anyway.

Why aren’t you rocking the boxer haircut anymore?

Because Bonez aka Joscha Aicher isn’t here to cut it. He did it in Athens really spontaneously after skating. But he did a good job.

How did your life change after you got rid of your braces?

I was able to eat Mettstullen [bread roll with minced pork, editor’s note] without having everything getting stuck between my teeth.

Why didn’t you replace it with grills?

Too expensive. But it’s in the making.

Did you read a book in the past two years?

I don’t think I have.

From which pro would you like to get a WhatsApp message? 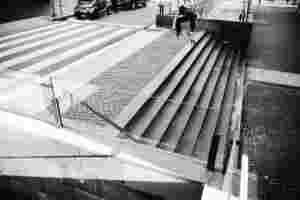 What should it say?

What’s the most annoying thing about the German skateboard scene?

Maybe that there’s no really cool contest where everyone gets together and has fun. But I heard that there’s something in the making, too.

I check it out most of the time I spent on my phone.

Man of Honor, who do you think of?

What makes a person honorable?

That he has his own opinion, is cool, and supports his homies.

Paul Schöne commented on an interview on YouTube, “Is Justin dumb or dazed?” Can you answer his question?

[laughs] Probably hungover. That video was supposed to be deleted, but I guess it never happened. It was eleven in the morning and basically ten minutes after I woke up. I just got up and wanted to go downstairs to grab some breakfast and start the day. I knew that L-Pav wanted to interview me the day before, but I always ran away and hid because I didn’t want to. But there was no way out of that situation. I had to go upstairs to that room. I was pretty much still sleeping and there’s this headlight blinding me and it just got worse and worse. I just couldn’t talk, because my brain was still switched off.

Santa Cruz just released a new video and Justin Sommer has a bangin part in there.

30 years after the fall of the Berlin Wall the German adidas team went to skate the east and west of Berlin. Here’s the East Sector edit.